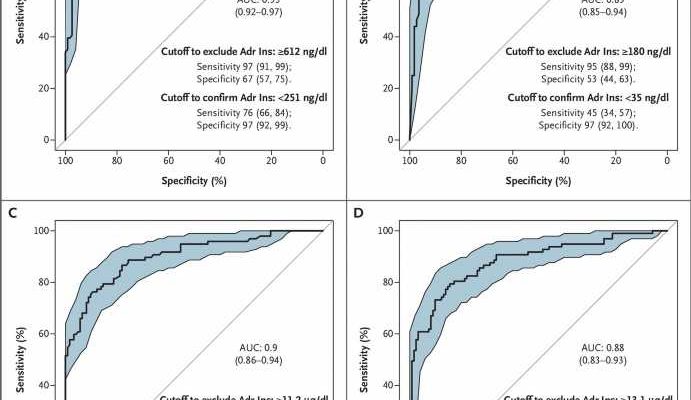 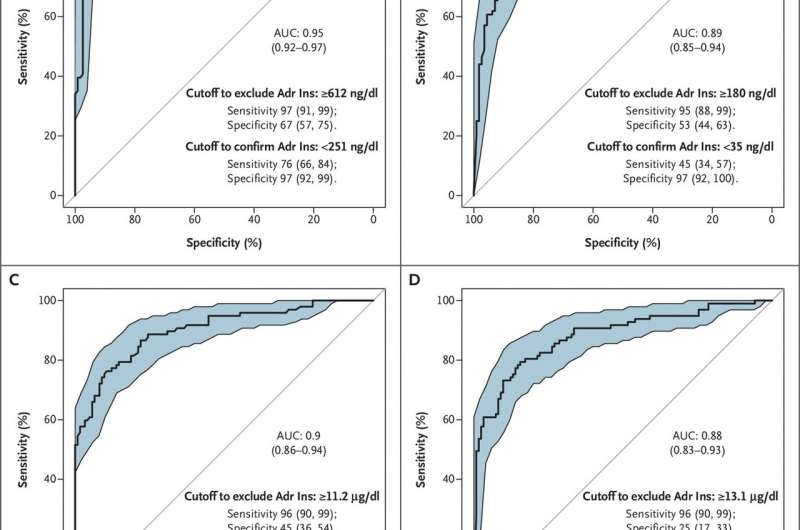 A study into the use of an at-home test that uses saliva rather than blood to diagnose adrenal insufficiency, which has been developed by scientists at the University of Sheffield and tested in Sheffield endocrine patients at Sheffield Teaching Hospitals NHS Foundation Trust, is making a difference to the health of patients and could reduce time to diagnosis.

During the study, more than 200 patients attending Sheffield Teaching Hospitals NHS Foundation Trust’s Endocrine Unit were identified as being at risk of adrenal insufficiency due to long-term steroid use to treat other conditions. They were given swabs and a video showing them how to produce a saliva sample. The samples were taken in the morning at home, and the majority of patients reported they preferred this method to having to go to the hospital for a Short Synacthen Test (SST).

Adrenal insufficiency is a common disorder of the adrenal glands, and occurs when the body is no longer able to make cortisol, a major hormone that helps the body overcome stress, infections and regulates body sugars, proteins and fats. This is particularly common in those who take oral steroids for other medical conditions as the body’s natural cortisol-making response shuts down while this function is temporarily taken over by the synthetic steroid.

The SST is an invasive screening procedure that requires patients to attend a one-hour appointment and have their blood taken and measured once and then 30 minutes later following an injection of tetracosactrin, a diagnostic agent. The findings of the National Institute for Health and Care Research study, published in NEJM Evidence, show that when this new method of screening was implemented 70% of patient visits for diagnostic tests were prevented.

The researchers estimate that this could reduce the number of SSTs undertaken for adrenal insufficiency diagnostic investigations across the whole of England from 92,000 visits per year to just 23,000. The saliva test method offers a range of benefits and is now being considered for roll out across the NHS and worldwide. Ultimately, the test is cheaper and should mean that diagnosis is more efficient. The study was run in partnership with Sheffield Teaching Hospitals NHS Foundation Trust.

Professor Richard Ross, Professor of Endocrinology at the University of Sheffield’s Department of Oncology and Metabolism, explains, “Cortisol is a vital stress hormone from the adrenal gland and cortisol deficiency, adrenal insufficiency, also called Addison’s Disease, can result in an adrenal crisis which if untreated can be life-threatening. A common cause is anti-inflammatory steroid treatment which is widely prescribed for conditions such as asthma, arthritis and inflammatory bowel disease. These people are at risk of adrenal insufficiency. The diagnosis is often made late as currently patients have to go to hospital for blood tests.

“The new test checks for deficiency when people wake in the morning when there is a cortisol peak. Rather than tests that involve blood samples and an injection, the saliva test is proven to be as good as a blood test, and is more efficient.”

Dr. Miguel Debono, Consultant Endocrinologist at Sheffield Teaching Hospitals NHS Foundation Trust and Honorary Senior Lecturer at the University of Sheffield’s Department of Oncology and Metabolism, said, “Up to 3% of the population take oral steroids to help with a broad range of inflammatory conditions, with around 50% of these suffering with adrenal insufficiency.

“Presently the tests used to make this diagnosis are complex and necessitate visits to hospital with long waiting times and testing is expensive. These new research findings have shown that testing for adrenal insufficiency through a waking saliva cortisone test has allowed for more rapid diagnosis of the condition in our endocrine unit in Sheffield. Patients have also said that the test is convenient, simple and we have also shown that is more accurate and cheaper than the current standard hospital-based test This is highly advantageous to both patients and health care systems, so we are delighted to have worked in partnership with the University of Sheffield on this important research.

“From the surveys we know the patients found the tests less painful and resulted in less costs and less time off work and less anxiety. Therefore, overall, there is an improvement in health as well. In addition, diagnosis is faster and patients are removed off extra steroids quicker so there is that advantage too from health point of view. They are also given sick day rules earlier with a more rapid diagnosis so preventing adrenal crisis.”

Professor Marian Knight, Program Director for NIHR’s Research for Patient Benefit Program, said, “This is a great example of NIHR-funded research that will bring immediate benefits to patients—giving them the option to do a simple saliva test at home instead of going to hospital for a blood test, to help spot people at risk of adrenal insufficiency. It’s excellent news that this is now being considered for use across the whole NHS.”

Karen Sherlock, 69, who lives in Matlock, and suffers with steroid treatment-induced adrenal insufficiency, believes that the new at-home saliva test could make a big difference to patients like her. “I developed adrenal insufficiency due to the steroids I was taking for a serious immune condition. I’ve had lots of support from the endocrine unit over the years, but my body may never produce enough of its own naturally occurring cortisol. If this saliva test had been available to me while I was having investigations, it would have meant I’d have avoided a 40-mile round trip to Sheffield’s endocrine unit—a journey which I had to undertake every six months. It’s very simple to do, and it also avoids the need for an outpatient trip, saving staff and patient time.”

Louise Smart, age 59, who lives in the Derbyshire Dales, agrees, “I was diagnosed with secondary adrenal insufficiency six years ago. At the start I was having to go to my GP or hospital for regular cortisol screening tests every six weeks, and this meant taking time out to travel to and from the hospital, and then spending at least half an hour at the appointment. Plus there’s the time spent waiting for the appointment to be booked too. The at-home saliva test was so much easier to do and saved time, a trip to the GP and endocrine appointment, so it’s been a win-win for me.”