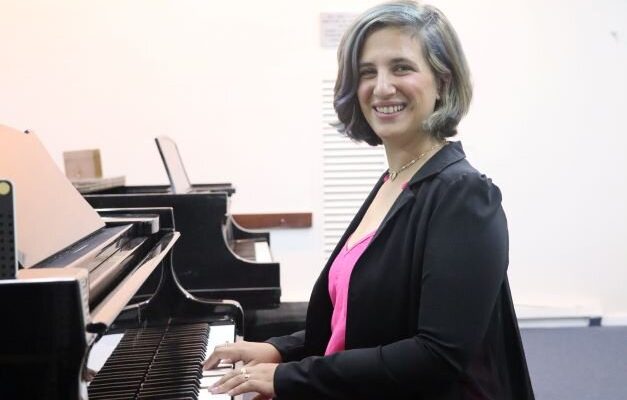 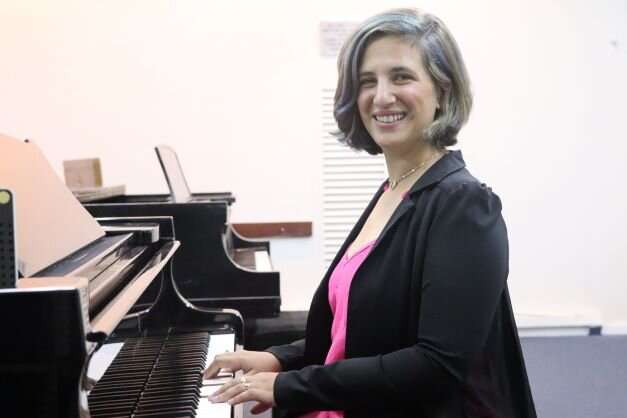 Researchers at Tel Aviv University have developed a method that employs musical tests and a portable instrument for measuring brain activity to detect cognitive decline in old age. According to the researchers, the method, which is based on the measurement of 15 minutes of electrical activity in the brain while performing simple musical tasks, can be easily implemented by any staff member in any clinic, without requiring special training.

The researchers say that their “method enables routine monitoring and early detection of cognitive decline in order to provide treatment and prevent rapid, severe deterioration. Prophylactic tests of this kind are commonly accepted for a variety of physiological problems such as diabetes, high blood pressure or breast cancer; however, to date no method has yet been developed to enable routine, accessible monitoring of the brain for cognitive issues.” The researchers further note that tests of this kind are particularly important in light of increasing longevity and associated growth of the elderly population.

The study was led at Tel Aviv University by Ph.D. student Neta Maimon from the School of Psychological Sciences and the Buchmann-Mehta School of Music, and Lior Molcho from Neurosteer Ltd, headed by Prof. Nathan Intrator from the Blavatnik School of Computer Science and the Sagol School of Neuroscience. Other participants included: Adi Sasson, Sarit Rabinowitz, and Noa Regev-Plotnick from the Dorot-Netanya Geriatric Medical Center. The article was published in the journal Frontiers in Aging Neuroscience.

As part of the study, the researchers developed a new method combining a portable device for the measurement and innovative analysis of electroencephalography (EEG), developed by Neurosteer, and a short musical test of about 12-15 minutes, developed by Neta Maimon.

During the test, the subject is connected to the portable EEG device by means of a adhesive band with only three electrodes attached to the forehead. The subject performs a series of musical-cognitive tasks according to audible instructions given automatically through earphones. The tasks include short melodies played by different instruments, with the subjects instructed to perform various tasks on them at varying levels of difficulty. For example, pressing a button each time any melody is played or pressing it only when the violin plays. In addition, the test includes several minutes of musically guided meditation designed to bring the brain to a resting state, as this state is known to indicate cerebral functioning in various situations.

Neta Maimon, who specializes in musical cognition, explains that music has great influence on different centers in the brain. On the one hand, music is known to be a quick mood stimulant, particularly of positive emotion. On the other hand, in different situations, music can be cognitively challenging, activating the frontal parts of the brain, especially if we try to concentrate on different aspects of the music, and at the same time perform a particular task.

According to Maimon, if we combine these two capabilities, we can create cognitive tests that are quite complex, yet also pleasant and easy to perform. Furthermore, music that is positive and reasonably rhythmic will enhance concentration and performance of the task. Thus, for example, the famous “Mozart effect,” showing improved performance on intelligence tests after listening to Mozart’s music, actually has nothing to do with Mozart’s music, but rather the fact that music creates a positive mood and stimulates us to a state that is optimal for performing intelligence and creativity tests.

Accordingly, the researchers hypothesized that with musical tools, it would also be possible to challenge the subjects to an extent that would enable testing of the brain’s frontal activity as well as raising their spirits, thus enhancing their performance on the test while the overall experience is pleasant.

The study included an experiment at the Dorot-Netanya Geriatric Medical Center. Neta Maimon says that “anyone hospitalized at Dorot, or any other geriatric rehabilitation institution, undergoes a standard test called ‘mini-mental,’ designed to evaluate their cognitive condition as a routine part of the intake process. The test is conducted by an occupational therapist specially trained for it, and includes a variety of tasks. For example, enumerating the days of the week or months of the year backwards. In this test, up to 30 points can be accrued. A high score indicates normal cognition.”

The experiment included the testing of 50 elderly people hospitalized at Dorot who scored 18-30 on the mini-mental test, indicating various levels of cognitive functioning. The participants performed the musical-cognitive tasks, administered automatically. The EEG device registered the electrical activity in the brain during the activity, with the results analyzed using machine learning technology. This allowed mathematical indices to be identified that were precisely correlated with the mini-mental test scores; in other words, we obtained new neuro-markers (brain markers) that may stand alone as indices of the subject’s cognitive status.

Maimon adds that they “have actually succeeded in illustrating that music is indeed an effective tool for measuring brain activity. The brain activity and response times to tasks correlated to the subjects’ cerebral conditions (correlating to the mini-mental score assigned to them). More importantly, all those who underwent the experiment reported that, on the one hand, it challenged the brain, but on the other it was very pleasant to perform.”

The researchers say that their “method enables the monitoring of cognitive capability and detection of cognitive decline already in the early stages, all by simple and accessible means, with a quick and easy test that can be conducted in any clinic. This method is of special importance today due to the increase in longevity and accelerated population growth, particularly among the elderly. Today, millions of people around the world already suffer or are liable to suffer soon from cognitive decline and its dire consequences, and their number will only increase in the coming decades. Our method could pave the way towards efficient cognitive monitoring of the general population, and thus detect cognitive decline in its early stages, when treatment and prevention of severe decline are possible. It is therefore expected to improve the quality of life of millions around the world.”