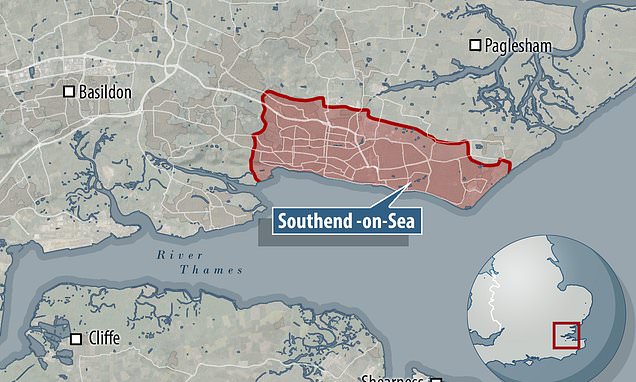 Up to 200 people in Essex are being tracked down to receive a vaccination after a suspected outbreak of measles.

Eight people are understood to be affected by the highly contagious infection – but none of the cases have been confirmed.

All of the suspected cases attended a day service in Southend-on-Sea for people with learning difficulties.

Southend Care has now shut for the rest of the week, along with other unnamed centres in the area, in order to prevent cases spreading. 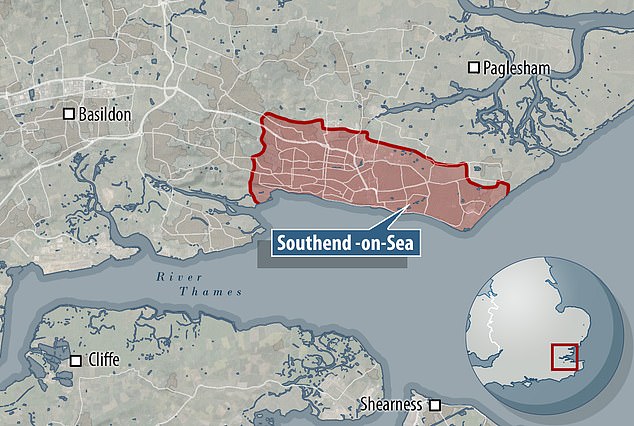 Southend council bosses are liaising with Public Health England (PHE) to identify anyone who has been in contact with the eight suspected patients.

They will be offered the MMR vaccination, if they are not immunised already, as an ‘immediate priority’.

Measles is highly contagious, spread by coughing and sneezing. If left untreated, it can lead to serious complications.

A Southend Council spokesman said: ‘Collectively, we are adopting a precautionary approach to this situation to help interrupt any potential further spread.

‘As an immediate priority, and alongside our colleagues at the CCG and Southend Care, we are identifying and contacting those people who may have been directly exposed and are offering those people MMR vaccinations if they are not already immunised.

WHO IS MOST AT RISK OF MEASLES?

Everyone has a slight risk of developing measles because being vaccinated does not guarantee full immunity.

However, unvaccinated young children are particularly at risk, as well as pregnant women who have not had the jab.

Measles is common in many developing countries, particularly parts of Africa and Asia.

More than 95 percent of measles deaths occur in countries with low average incomes.

Outbreaks can be particularly life-threatening in countries experiencing or recovering from natural disasters or conflict.

‘At this time, we expect this offer will be made to approximately 200 people.’

Dr Smita Kapadia, consultant in communicable disease control at PHE, said: ‘Measles is a very infectious virus and can spread rapidly among communities if people have not been fully immunised.

‘While most people who catch measles will recover completely within a couple of weeks, it’s important to remember measles can be a very serious illness that can leave permanent disability, and occasionally even kill.

‘The best way to prevent measles is through vaccination. If you are unsure about yourself or loved ones, check with your GP.’

Coverage of the MMR jab, which protects against measles, mumps and rubella, fell for the fifth year in a row last year.

Children and young adults should receive two doses of the MMR vaccine for maximum protection. The target figure is 95 per cent.

But just 87 per cent of children in England are receiving their second dose of MMR, 92 per cent in Wales and Scotland, and 91 per cent in Northern Ireland.

Public Health England estimated that one in seven five-year-olds started school this year without being vaccinated against measles.

Britain was declared ‘measles free’ by the World Health Organisation in 2016 after a 36-month period with no ‘endemic’ transmission – meaning the only outbreaks in that time had started abroad and were then passed on.

But after a spike in cases, and because uptake of the MMR jab has fallen year on year, the WHO revoked the measles-free status this year.

There were more than 230 cases across England during the first quarter of 2019, and 301 in the second quarter.

Studies have found that concerns over an autism link are the main reason parents avoid giving their child the vaccine.

A bogus study claimed the MMR vaccine can lead to autism in the year 1998, but the findings were never proven.

Dr Kapadia said: ‘If you think you could have measles, it’s also really important to stay away from areas where you could come into contact with lots of other people -especially from vulnerable patients in hospitals, care homes or other settings.

‘Measles can be serious for these groups and spreads easily in these places.’

WHAT IS MEASLES, WHAT ARE THE SYMPTOMS AND HOW CAN YOU CATCH IT?

Measles is a highly contagious viral infection that spreads easily from an infected person by coughing, sneezing or even just breathing.

Symptoms develop between six and 19 days after infection, and include a runny nose, cough, sore eyes, a fever and a rash.

The rash appears as red and blotchy marks on the hairline that travel down over several days, turning brown and eventually fading.

Some children complain of disliking bright lights or develop white spots with red backgrounds on their tongue.

In one in 15 cases, measles can cause life-threatening complications including pneumonia, convulsions and encephalitis.

‘[It] can cause encephalitis which is inflammation of the brain.

‘Encephalitis can result in death or disability.’

Measles can be prevented by receiving two vaccinations, the first at 13 months old and the second at three years and four months to five years old.