James Longman, a successful foreign correspondent for ABC News, is in a club no one wants to belong to: suicide survivors.

“There’s been a lot of secrecy in my family about it. This is not something that people want to talk about now, let alone all these years,” Longman told Dr. Jennifer Ashton on her podcast, “Life After Suicide,” discussing his family’s history and his own depressive episodes.

“It’s kind of this looming tragedy that has really marked my family for now three generations. I’m hoping, obviously, to buck the trend,” he told Ashton.

Longman’s grandfather died by suicide when his father was in his 20s, and his father decided to end his own life 20 years later.

Longman revealed how he would question himself again and again while growing up.

“Well, my dad did it. My grandfather did it. Am I destined for this?” he said he would wonder.

His family’s history made it hard to know for sure.

Longman knows that losing a parent to suicide makes children more likely to die by suicide themselves, but he always wondered why that is.

“Is the fact of me knowing that my dad killed himself more powerful than the genes he gave me?” he told Dr. Ashton. “I’ve always wanted to know the answer to that question.”

It’s also what sparked him into action. Since his father’s death, he’s made it his life’s mission to understand whether serious depression and the potential for suicide is genetic.

“It’s what I’ve wanted to do, to ask questions, because I’ve been fortunate enough to be able to research, and to ask the questions that my father wasn’t able to do — and certainly his father didn’t seem able to do — and to really talk about it so much more than either of them were able to,” Longman said.

So Longman began interviewing mental health experts and geneticists as part of a documentary.

While at a research facility at King’s College University in the U.K., he learned that certain genes are present in people who not only have depression, but also schizophrenia and bipolar disorder. As satisfying as that discovery was, he said he’s continued to wonder about the role of nature versus nurture — a question for which there still is no answer.

And yet Longman has found that being able to talk about the issue with like-minded people has been amazingly therapeutic.

But it isn’t always an easy ride. 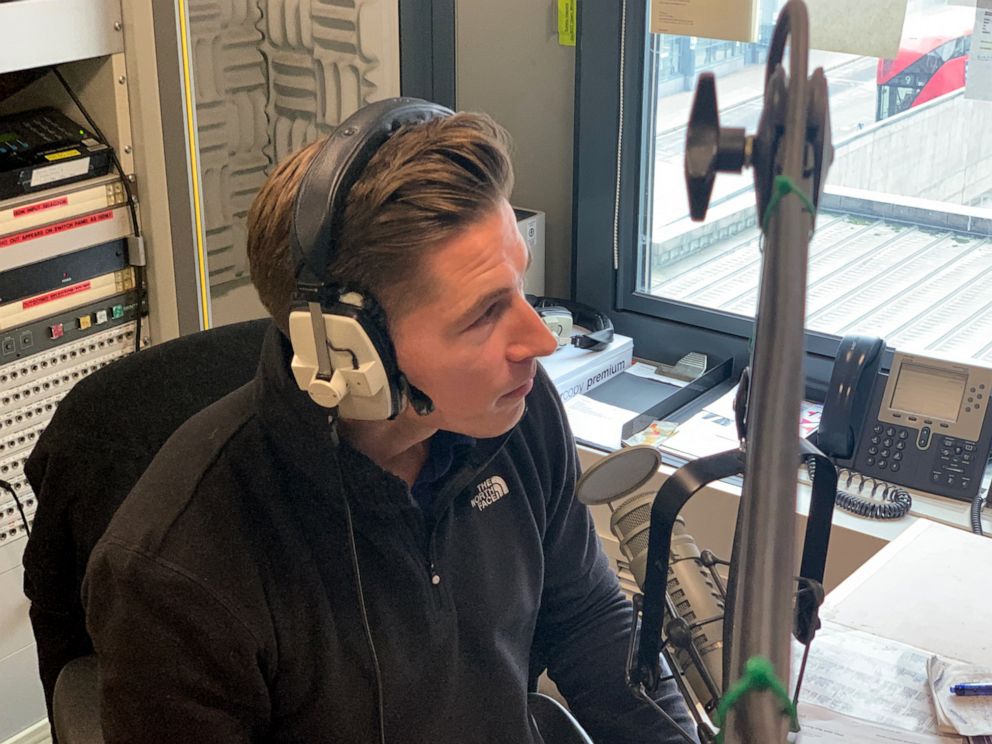 Longman recalled one day when he was particularly down and felt he’d hit rock bottom. He was at work in the U.K., so he tried calling a non-emergency number and then went to the nearest clinic.

When he arrived, he was told the clinic had shut down six months ago. So he sat down on the curb in the center of London.

A friend reached him in the nick of time.

Longman is a young, successful journalist, and he’s aware that many might wonder how someone so privileged could ever think of ending his life. Longman wondered the same thing, but he explained that in that moment he felt numb to everything and all alone. He said it made him realize that if he could feel that way, it could happen to anyone.

That’s the reason behind organizations like the National Suicide Prevention Lifeline, according to Dr. John Draper, the organization’s program director. Draper, who has spent 25 years in crisis intervention and suicide prevention work, reminds people to be hopeful and to share stories of hope. After all, he says, for every person who dies by suicide, there are another 280 people who consider it.

Sharing stories of hope and teaching people how to help each other are equally important, Draper says, because in the end, we will all be stronger for it.

“If you are able to talk, then people will know that you’re feeling the way you’re feeling,” he told Dr. Ashton. “Then, hopefully, you’ll get the help that you need.”

Nitya K. Kumar MD is a member of the ABC News Medical Unit.