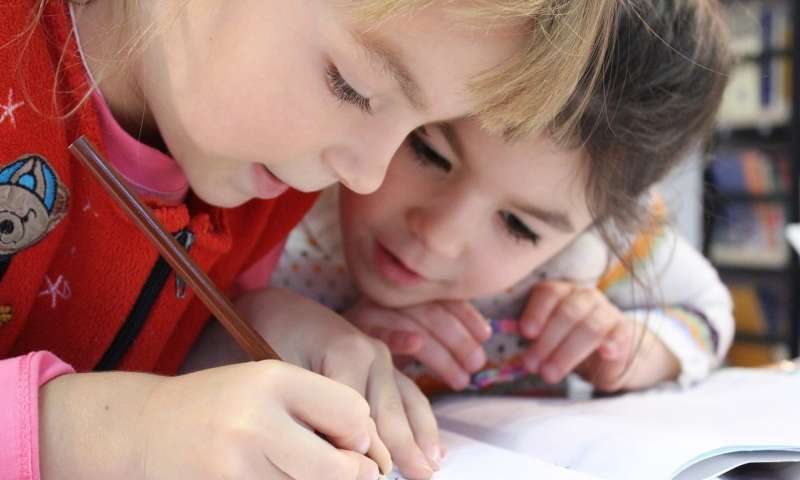 A new study led by researchers at the Johns Hopkins Bloomberg School of Public Health has determined that less than half of school-aged children in the U.S. are flourishing. The study also found that the children most likely to flourish—across all levels of household income, health status, and exposure to adverse childhood experiences—are those who come from families with higher levels of resilience and connection.

The findings, published in the May issue of Health Affairs, suggest that more emphasis should be placed on programs to promote family resilience and parent-child connection, even as society works to lessen children’s adversities like poverty and child maltreatment.

“Family resilience and connection were important for flourishing in all children, regardless of their level of adversity,” says study leader Christina D. Bethell, director of the Child and Adolescent Health Measurement Initiative and a professor in the Department of Population, Family and Reproductive Health at the Bloomberg School. “Parent-child connection had a particularly strong association with child flourishing.”

For their study, Bethell and colleagues used data from the combined 2016 and 2017 National Survey of Children’s Health; their conclusions were based on a nationally representative sample of more than 51,000 school-age children between ages 6 and 17. Children’s parents or guardians answered a series of questions about child flourishing, family resilience and connection, household income (using federal poverty-level guidelines), and whether the child had a chronic condition and special health care needs. Parents were also asked about the child’s exposure to adverse childhood experiences, or ACEs, which include a range of experiences associated with trauma and toxic stress in children such as exposure to household substance abuse, serious mental illness, family and neighborhood violence, and loss of a parent through death, incarceration, or divorce.

School-age children were considered to be flourishing if their parents reported that three things were “definitely true” about their children:

These qualities contribute to flourishing in adulthood, which is most fundamentally characterized by having a sense of meaning and engagement in life and positive relationships. Parents also answered questions to assess family resilience and connection, including how families respond when facing problems, how well parents and children share ideas or talk about things that really matter, and how well parents cope with the day-to-day demands of raising children.

“With only four in 10 U.S. school-age children flourishing, we need population-wide approaches to promoting child flourishing,” Bethell says. “Especially critical are efforts to foster safe, stable, and nurturing family relationships by encouraging parents to communicate with their children about things that really matter to the child and family.”