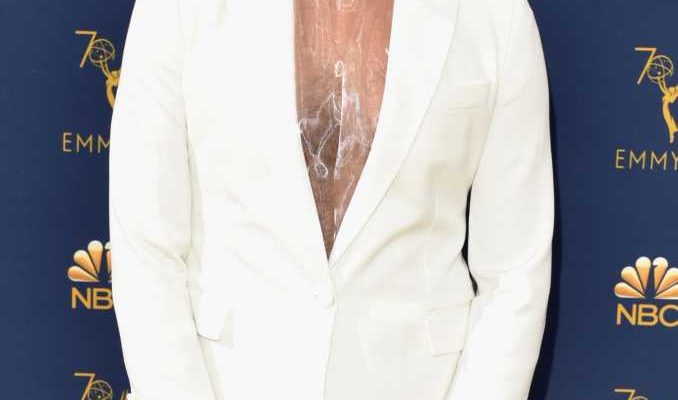 Jonathan Van Ness is ready to open up about being HIV positive.

Ahead of the release of his memoir Over the Top, which hits shelves Sept. 24, the Queer Eye star, 32, opened up to The New York Times about his health and history of addiction.

“I’ve had nightmares every night for the past three months because I’m scared to be this vulnerable with people,” he said. “There are issues that need to be talked about.”

In his new memoir, one of the revelations Van Ness shares is that he tested positive for HIV when he was 25, after fainting while working on a client’s hair, the Times reports.

“That day was just as devastating as you would think it would be,” he writes in the book, according to the newspaper.

Van Ness also opens up in his memoir about having been abused by an older boy at a young age, which “planted the seed for other self-destructive behaviors,” according to the Times.

“For a lot of people who are survivors of sexual assault at a young age, we have a lot of compounded trauma,” he told the newspaper.

As a young teenager, Van Ness said he would meet up with older men and that after using up his money on drugs in college, he “advertised sex for money on Gay.com,” according to the Times.

By the time he was in his early 20s, Van Ness was using methamphetamine and then went to rehab twice, the newspaper reports.

The Queer Eye star turned his life around and has not used hard drugs in years, the Times reports.

Van Ness, who describes himself as a healthy and proud “member of the beautiful HIV-positive community,” went on to say why he chose to disclose his status.

“When Queer Eye came out, it was really difficult because I was like, ‘Do I want to talk about my status?’ ” he told the Times. “And then I was like, ‘The Trump administration has done everything they can do to have the stigmatization of the LGBT community thrive around me.’ ”

He paused before adding, “I do feel the need to talk about this.”

“These are all difficult subjects to talk about on a makeover show about hair and makeup,” he added. “That doesn’t mean Queer Eye is less valid, but I want people to realize you’re never too broken to be fixed.”

If you or someone you know is struggling with addiction, please contact the SAMHSA substance abuse helpline at 1-800-662-HELP.