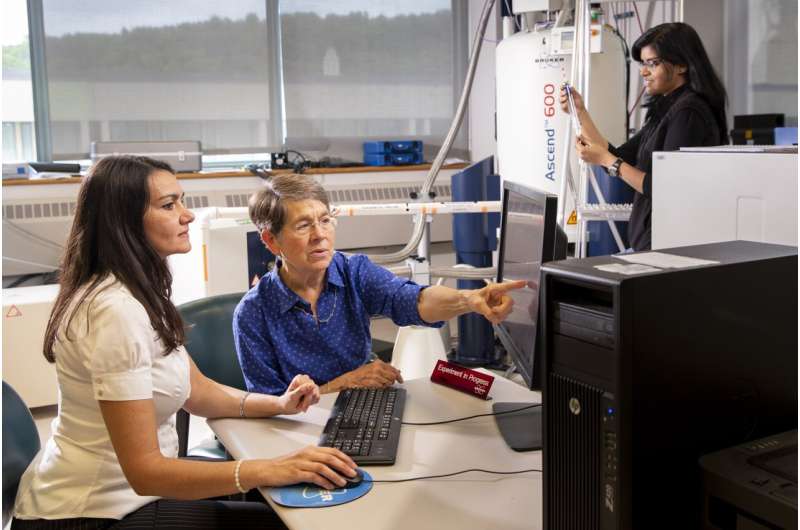 In a major new development in the quest to develop better gene therapies with which to treat a host of diseases, researchers at the University of Massachusetts Amherst and UMass Chan Medical School recently announced that they have mapped the expression and maturation of the protein alpha-1 antitrypsin (AAT) with unprecedented clarity. The results, which detail the molecular folding of the protein, were published in the Proceedings of the National Academy of Sciences and will help to develop specific therapies to treat an inherited disease known as alpha-1 antitrypsin deficiency, as well as more effectively treat a wide range of genetic diseases.

A revolution in disease treatment has occurred in recent years. It is now clear that there is an entire range of diseases, such as AAT deficiency, that arise when our own bodies and produce dysfunctional protein at the genetic level. Production of defective AAT or inadequate amounts of AAT can cause serious lung and liver diseases. These diseases must be treated either by delivering the missing proteins to the body, or, even better, teaching the body to make the missing proteins for itself by introducing an intact copy of the specific protein-producing gene into the right cell’s DNA.

But it is no easy task to teach the body to make a missing protein. To do so, you first need to get the right protein-producing gene into the body, typically via an intramuscular injection—a shot—and to the specific cells that make that protein. Next, you have to ensure that once the body starts making the protein it had previously been missing, that protein is correctly folded into its proper, final shape—in the case of AAT, that shape looks like a loaded mousetrap ready to be sprung. Finally, that correctly folded protein needs to make its way from the cell to wherever in the body it is needed.

It’s an enormously complex series of problems that requires a research team with expertise in molecular biology, cellular biology, protein folding and gene therapy, as well as cutting-edge research facilities in which to conduct the work, such as the Models to Medicine Center at UMass Amherst’s Institute for Applied Life Sciences, which hosts the labs where much of the research was completed.

“This project is the result of more than a decade of collaboration, and runs the gamut from lab-based basic science to the bedside,” says Daniel Hebert, professor of biochemistry and molecular biology at UMass Amherst and one of the paper’s co-authors. Funding for the research was provided by the Alpha-1 Foundation and the National Institutes of Health.

It begins with Terence R. Flotte, the Celia and Isaac Haidak Professor, executive deputy chancellor, provost and dean of the T.H. Chan School of Medicine. Flotte, a pioneer in gene therapies, has developed a way to use the harmless adeno-associated virus, or AAV, as a vehicle to deliver gene therapies. “We have completed three clinical trials in which we inject AAV containing the normal version of the AAT gene into muscle to create a ‘sustained release’ of the protein in AAT deficient patients,” says Flotte. “But until now we did not understand how well the AAT protein was processed within the muscle at biochemical level.”

However, not all of the body’s cells are capable of making all the proteins the body needs. AAT, for instance, is best made in the liver. But, since most shots happen in a muscle—think of the shots you get in your arm—the team needed to figure out how to get muscle cells to act more like liver cells in their production of AAT, and then how to get the AAT produced in the muscle to the lungs and liver where it is needed.

It turns out that Hebert is an expert in these very questions, and, after confirming that muscle cells are poor producers of AAT, he helped to develop a technique that increases the secretion of AAT in muscle cells by about 50 percent using a kind of chemical, known as a proteostasis regulator, called suberoylanilide hydroxamic acid, or SAHA. “It’s a way to get the muscles to do some of the liver’s work,” he says.

And yet, not all proteins are the same. Their shape is crucial in determining how, or whether, a protein works the way it should. The process of how a protein assumes a specific shape—called the protein-folding problem—has been the focus of Lila Gierasch, distinguished professor in biochemistry and molecular biology at UMass Amherst, throughout her career.

“These protein molecules are absolutely fascinating,” says Gierasch. “They look like little mousetraps and they need to be metastable”—imagine a trap that you’ve just set and which is awaiting a mouse. “It’s a very special shape, and it has to be exactly right, or else the protein won’t function the way it should.”

Though the team has focused on AAT-deficiency as a case study, their work shows that combinatorial treatments, which include both gene therapies and proteostasis regulators, can boost the efficacy of gene therapies, not only for AAT-deficiency, but for many genetic disorders more generally.