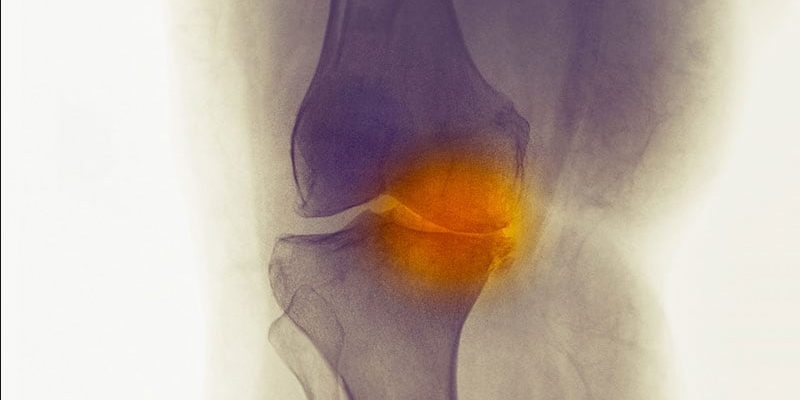 More than 40 medical conditions were positively associated with having a new diagnosis of osteoarthritis according to research presented at the OARSI 2022 World Congress.

“Some of the associations that we have found are previously known, such as of course, obesity, which is a known risk factor, but also other musculoskeletal conditions, depression, and reflux disease,” said Anne Kamps, an MD and PhD student at Erasmus University Medical Centre in Rotterdam, the Netherlands.

“But there are also some remarkable associations that we have found that are less well known, such as liver cirrhosis, thromboembolic disease, sinusitis, allergy, and migraine,” said Kamps during her presentation at the conference, sponsored by the Osteoarthritis Research Society International.

The results are “very interesting starting points for future research, because of course, this was an explorative study,” she added. Indeed, is still not known whether the comorbidities found share the same risk factors as OA, or if they have a causal effect and add to development of osteoarthritis.

One of the issues in managing osteoarthritis so far is that it’s often addressed as one disease, commented Andrea Dell’isola, PT, PhD, a postdoctoral researcher from Lund University who was not involved in the study.

“All of the treatments that have been developed and the treatment process are tailored to take care of one single disease,” he explained. However, “when we look at the characteristics of people with osteoarthritis, we see that roughly 70% of them have other conditions on top of their joint disease.” This high comorbidity rate is significantly higher than in “healthy” people of the same age and sex, he added.

While the work Kamps presented looked at the rate of comorbidities that existed before the diagnosis of OA, some of Dell’isola’s recent research has considered the rate of developing comorbid disease in the years following an OA diagnosis. Associations were found between having hip or knee OA and an increased risk for coexisting depression, cardiovascular diseases, back pain, osteoporosis, and, in the case of knee OA only, diabetes. “It’s interesting to see that certain diseases seem to have a bidirectional association. This means that they can both precede and follow osteoarthritis,” said Dell’isola. These are just associations, not causation, he stressed, but they might help identify people visiting a doctor for other reasons who may be at risk for developing OA.

“One of the biggest challenges is that once a person develops osteoarthritis, there is not any treatment that can really change their disease,” he added.

Perhaps, “if we can target certain conditions that increase the risk of developing osteoarthritis, and maybe convince people to exercise earlier, or undergo some lifestyle changes early on, we can maybe prevent or delay the onset of the disease,” he suggested.

Kamps and associates performed a nested case-control study using data from a large Dutch general practice database. All new cases of OA – which included hip, knee, and other peripheral OA – that were logged between the start of 2006 and the end of 2019 were considered and matched to one to four control subjects of a similar age, sex, and type of general practice. In all, there were just under 80,000 people with newly diagnosed OA who were matched to just over 318,000 controls; the mean age in both groups was 64 years.

Of 58 comorbidities that were assessed, 42 showed a positive association with OA and had odds ratios of 1 or more. The highest associations were found for fibromyalgia (OR, 1.9), obesity (1.8), polymyalgia rheumatica (1.5), spinal disc herniation (1.4), and gout (1.4). A further 13 comorbidities had an OR of about 1, and 3 (all neuropsychiatric conditions – dementia, schizophrenia, and multiple sclerosis) had an OR of below 1.

Kamps conceded that this type of research has its limitations, the two most important being the coding behavior of the GP and the consulting behavior of patients.

“It’s known that the prevalence of osteoarthritis is underestimated if you only use the diagnostic codes, because some GPs will write the diagnosis in free text or use symptom ICPC codes,” she said.

“We have matched on general practice, so the cases and controls were from the same general practice and therefore we hope that this potential underestimation is balanced and did not affect our odds ratios.”

One of the important outcomes for this research is that it will hopefully be used to inform future clinical practice guidelines, said Dell’isola.

“Guidelines in osteoarthritis report that is important to screen for comorbidities, but they give no indication on how to deal with the presence of multimorbidity,” he added. Looking at which comorbidities may be associated with OA diagnosis could potentially help to give a bit more of a prescriptive guide on what to look out for.

“Maybe people with a certain disease profile should be screened a bit more often by their doctor. For example, if someone has their blood pressure and diabetes under control, maybe there should be also a bit more attention to their joint health and encouragement to do exercise, not only for being active per se, but maybe also to reinforce their lower limbs,” he explained.

The study was funded by the Foundation for Research in Rheumatology (FOREUM). Kamps and Dell’isola, had no conflicts of interest to disclose.