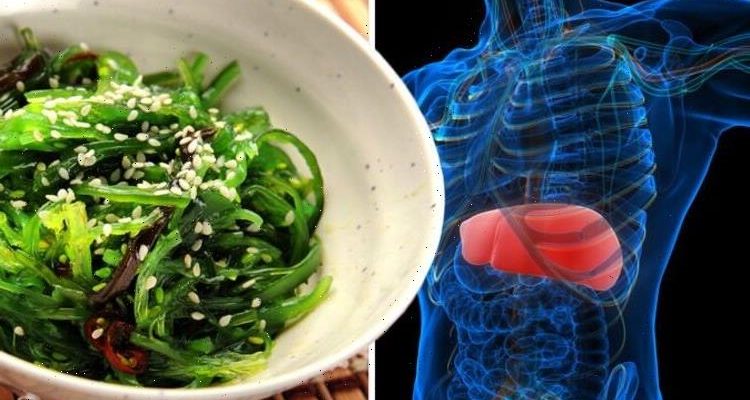 Experts have warned that the prevalence of fatty liver disease among young people is becoming a health crisis. But many of those affected are oblivious to the long-term risks of the condition. As it progresses, however, it sets the liver up for failure, or cirrhosis – scarring of the liver. The condition is also associated with a host of other complications such as type 2 diabetes, high cholesterol and cancer. According to a new study, however, an algae-based supplement could prevent such diseases from developing.

The findings of a new study have suggested algae could help prevent the onset of complications related to fatty liver disease.

The new study on mice has suggested that a multi-mineral supplement could help disrupt the pathways in fatty liver disease that cause the most damage.

The supplement is derived from red marine algae, which offers a wealth of nutrients including calcium, magnesium, 72 other minerals and trace elements.

Isabelle Harber, a researcher in the study, said: “Most people living in Western society do not meet the USDA daily intake guideline for the intake of calcium and magnesium, and presumably, other minerals nutritionally associated with these minerals.

READ MORE: Fatty liver disease: Pain just under your ribs may signal the liver is damaged

“We are working to find out if a mineral supplement could provide a low to no-toxicity approach to mitigating the devastating consequences of nonalcoholic fatty liver disease.”

The study set out to determine the effects of Aquamin on colon cancer by conducting a 15-month trial on mice fed a high-fat diet.

While the focus was on cancerous polyps, the researchers noticed that most of the male mice, and some females, on the high-fat diet developed large liver tumours.

What’s more, the mice on Aquamin had no tumours in their liver.

Doctor Muhammad Nadeem Aslam, an assistant research scientist in the Department of Pathology at the University of Michigan, told Medical News Today: “One of the effects Aquamin has shown in this study is a significant decrease in collagen deposition, which usually represents fibrosis.

“Decrease in fibrosis will cause less tissue damage and decreases progression toward end-stage effects of liver injury.”

Similarly, the blue-tree algae have been shown to drive a reduction in inflammation, hyperlipidemia and oxidative stress, helping prevent fatty liver disease and cancer.

Fatty liver disease is associated with the development of several types of cancer, which form in the main type of liver cell.

The most common type is liver cancer, but it is more common to find cancer that spreads to the liver than it is to find one that begins in the liver.

According to the British Liver Trust: “Sixty-three percent of UK adults are now classified as obese and overweight, and it’s estimated that one in three has early-stage non-alcohol related fatty liver disease.

“Despite there being good evidence to show that losing 10 percent of body weight improved liver functions in those with NAFLD, there is a reluctance amongst some GPs to discuss weight with their parents.”

The health body warns that the disease is on course to become the leading cause of end-stage liver disease over the next decade.

But adhering to a healthy diet, exercise, and losing the right amount of weight can help reverse the condition.

It is also important to avoid medications, herbs and supplements that can be toxic to the liver, as long-term use of these treatments could cause great harm to the organ.

Finally, health bodies advise keeping other conditions in check which may also affect the liver.