High blood pressure is a common condition that if left untreated can lead to serious health issues. One in four people in the UK exceed the recommended blood pressure reading when checked. Commonly attributed causes include being overweight and smoking, but there is another trigger that often goes under the radar. Are you aware of this symptom?

Obstructive sleep apnoea (OSA) is a relatively common sleep disorder where the walls of the throat relax and narrow during sleep, interrupting normal breathing. Disrupting the normal breathing pattern may lead to regularly interrupted sleep, which can cause blood pressure to soar.

Loud snoring is a common sign of sleep apnea, caused by a blockage in the airway that compromises breathing. According to the National Sleep Foundation: ”Those with OSA tend to sleep with an open mouth, and they sometimes cease breathing before gasping to take in air again.

“When breathing is restricted, oxygen levels in the body can dip—and it’s these drops that may lead to an increase in blood pressure and stress on the cardiovascular system.”

Low oxygen levels encourage blood pressure to rise. The sleep foundation explained: “As oxygen levels fall, receptors in the brain are triggered. The result: Your brain sends a message to the blood vessels to increase the available oxygen to the heart and brain so the body can keep functioning.

“This increase in blood flow puts pressure on the blood vessels’ walls, elevating levels to higher than normal. For this reason, if you have OSA, your risk of high blood pressure—also called hypertension—is greater.”

If exacerbated, the disorder can increase the risk of heart and disease and stroke, it adds. 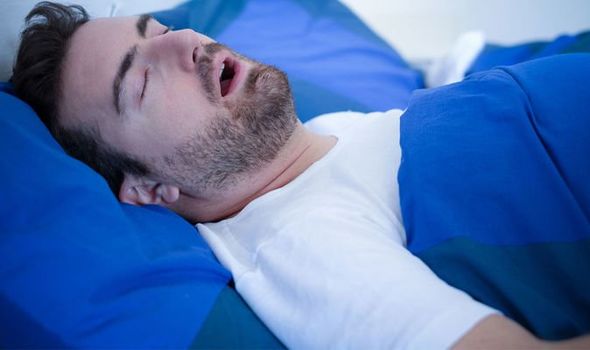 Symptoms of OSA are usually first detected by a partner, friend or family member who notices problems when you sleep

The degree of blockage in the airway determines the severity of the condition. There are two types of breathing interruption characteristic of OSA. The NHS explained:

Symptoms of OSA are usually first detected by a partner, friend or family member who notices problems when you sleep, said the NHS. 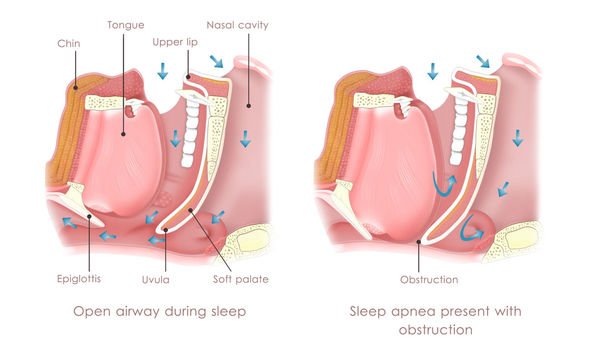 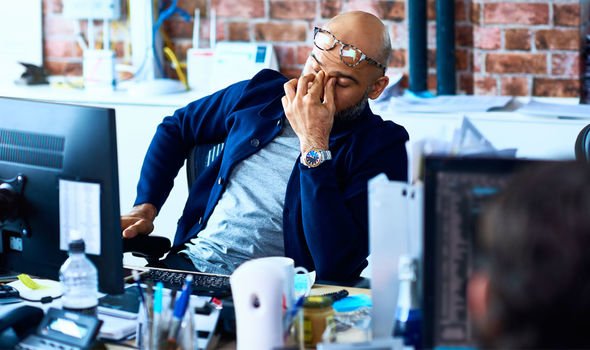 “During an episode, the lack of oxygen triggers your brain to pull you out of deep sleep – either to a lighter sleep or to wakefulness – so your airway reopens and you can breathe normally,” said the health body.

OSA sufferers can feel tired the next day and usually have no memory of the interrupted breathing, making them unaware of the problem.

The usual treatment advice doesn’t apply in the case of OSA, as the National Sleep Foundation pointed out:

“Talk with your doctor about ways to treat OSA and return your blood pressure to healthy levels.”