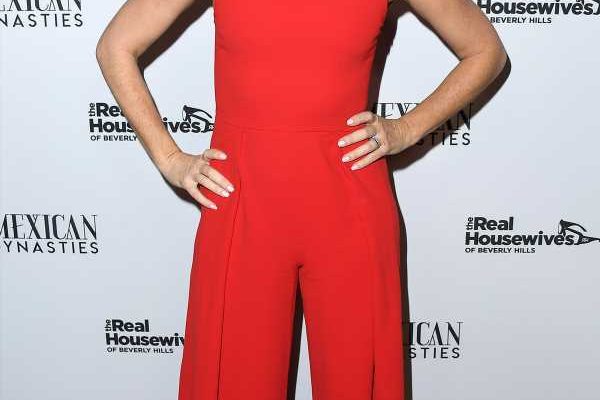 Raising children while having a public past can make for some difficult conversations, but Denise Richards wants to always be honest with her daughters.

The Real Housewives of Beverly Hills star sat down with Dean McDermott, Nicky Paris and Adam Hunter for Wednesday’s episode of their new Daddy Issues podcast, where she candidly opened up about the time her children found out about the nude photo shoot she did in 2004, months after giving birth to daughter Sam, now 15.

“I’m honest with them,” Richards, 48, told the hosts. “They heard that I was in Playboy. I didn’t even think that they would know what that is … [but] now kids can go on the internet and see all kinds of things.”

“So having to explain that kind of stuff … but they don’t google [me],” she added. “I don’t think they want to know certain things, either, so they’ve heard bits and pieces.”

Listen to Dean McDermott’s New No-Holds-Barred Podcast, Daddy Issues: “All the Walls Are Down”

Richards — also mom to Eloise Joni, 8, and Lola Rose, 14 — admitted on the podcast that if she could go back and change one thing about her parenting, she would not give her daughters smartphones.

“I think the biggest mistake I made as a parent was giving my kids a phone that was not a flip phone,” the mother of three joked, explaining that she gave them the devices at a young age to keep in touch while she was at work or they went on play dates.

“It is so hard to control the internet on the phone,” Richards lamented. “Even putting things on there to block it, it doesn’t work, they’re smarter than us. So if I could go back and do anything over, I would definitely not give them a phone where they have access to social media and the internet.”

Speaking with PEOPLE’s Celeb Parents Get Real in July, Richards said that her girls would call her a strict mom. She previously even admitted that she had installed security cameras outside her home to prevent Sam from going out without her permission.

However, the Drop Dead Gorgeous actress tries to not be a judgmental parent, and hopes she can raise her children to be open-minded as well.

“I definitely have rules and boundaries and there’s consequences,” Richards told PEOPLE, insisting that she doesn’t just let her daughters “do whatever they want.”

The Bold and the Beautiful star went on to say that when it comes to guiding her kids, she tries “to follow a lot of the stuff that my parents instilled in me and my sister.”

“They are not judgmental people,” she said, explaining that they raised her to understand that “everyone is equal” — “something that’s really stuck with me and something that I really want to instill in my daughters.”