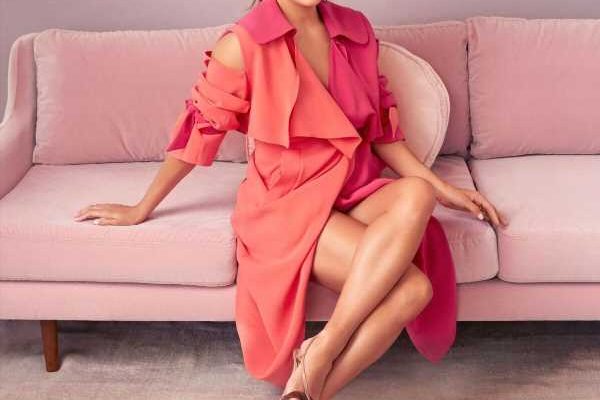 Despite not becoming a first-time mom until age 43, Eva Longoria says her son entered her life at just the right time.

In a cover interview for Parents Latina‘s August/September issue — for which she posed with her 13-month-old, Santiago “Santi” Enrique — the Dora and the Lost City of Gold actress, now 44, opened up about the universal sign she felt in the timing of her baby boy coming to her.

“He was meant to be with me at this stage in my life,” says Longoria. “I’m more patient, and I don’t work as much — even though it doesn’t seem that way!”

And when she is on set, Santi is often right by his mom’s side. “Breastfeeding while working was hard, just for the timing of the pumping and the feedings and the sleeping and the not sleeping,” admits the Grand Hotel producer. “You do it and get it done.”

Eva Longoria Reflects on Her Role as a Mom in Dora Movie: Parenthood “Changed All My Instincts”

Additionally, Longoria shares that her son is pretty easygoing (“He’ll go into anyone’s arms!”), a big fan of “Baby Shark” and currently expanding his culinary horizons.

As his mom explains to Parents Latina, she and husband José “Pepe” Bastón are letting Santi “eat off our plate” and “exposing his palate to different flavors,” noting that the youngster’s diet is “definitely plant-based right now.”

Longoria also believes, as far as mom shamers are concerned, “If you don’t have something nice to say, don’t say it at all!” — and credits a fellow celeb for helping her feel the love in that new-mom camaraderie.

“America Ferrera and I had our babies at the same time, so we’re always talking to each other about the different stages,” Longoria says of the Superstore actress, 35, who welcomed son Sebastian in May 2018.

Longoria’s newest film project sees her portraying Dora’s mother (her first mom role as a real-life parent!), and she says being attached to the project made her realize that the titular teenager, first made famous in a preschool-targeted animated series, is “a global character” as opposed to “a ‘Latino’ thing.”

“It’s beautiful to see [Dora] become a multidimensional young woman in Isabela Moner, who plays her,” says the actress. “It’s suspenseful, adventurous and hilarious — I just can’t wait for everyone to see it.”

Dora and the Lost City of Gold opens in theaters Friday.