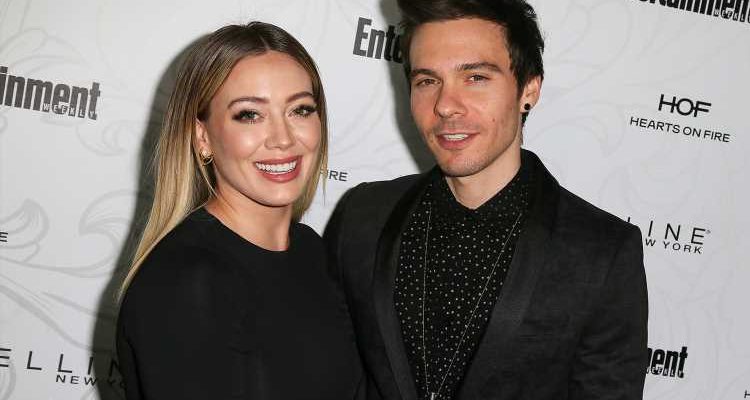 Hilary Duff and Matthew Koma are already in love with their baby girl.

The Younger star and the singer/DJ, both 33, raved about their newborn daughter Mae James Bair in several photos shared to Instagram over the weekend after the couple confirmed on Friday that they welcomed their second child together.

In another photo, a group of four women who helped Duff give birth at home in a tub posed for a photo while Koma can be seen in the background holding baby Mae. "Mountains of love for this birthing dream team," Duff wrote on the snap.

Meanwhile, Koma shared a photo of himself holding his new daughter on his Instagram Story Saturday. The next day, he shared a photo on Spotify of the song "Summertime" by the rock band Mae. "No, but okay," Koma wrote alongside the photo. Duff announced the arrival of her third child on Friday by sharing a photo of her eldest daughter Banks sitting in a bathtub alongside the subtle caption, "I'm a big sister ……. marinating on how I feel about that!"

Then on Saturday, the "Come Clean" songstress officially announced the arrival of their newest addition.

"Mae James Bair - We LOVE you beauty 3-24-21," she wrote alongside a black-and-white photo which showed Duff surrounded by Koma, Banks and Duff's 9-year-old son Luca Cruz, whom she shares with ex Mike Comrie. Last December, Duff opened up to PEOPLE about preparing for the arrival of her third child.

"We had a gender reveal with Banks and it was such a fun memory," she said at the time. "Unfortunately, during these times we felt it wasn't really appropriate. The way we are creating some excitement within the family is to wait to find out the sex on the baby's birthday!"

As for her own family, Duff said that her son Luca was hoping for a little brother. "He's hoping for a boy, she said, "so he can share all his old toys." Even though Duff did dye her hair blue in February, she recently shared that although she had a feeling her baby on the way was a boy, she didn't have a "strong feeling" either way.

"I'm actually a little scared to have another girl because Banks was a tough — she was a tough cookie as a baby, but she's so great now, so I could see it," said Duff during a March episode of the Informed Pregnancy Podcast. "But then I don't know, in my mind I'm like, 'Maybe she's my only little princess and she's going to have her rough-and-tumble brothers.' "

"Either way, we're stoked and super excited," she added. "Everyone that's close to me thinks boy, and then everyone that's more of a stranger that's like, 'What are you having?' they're like, 'We call girl.' "