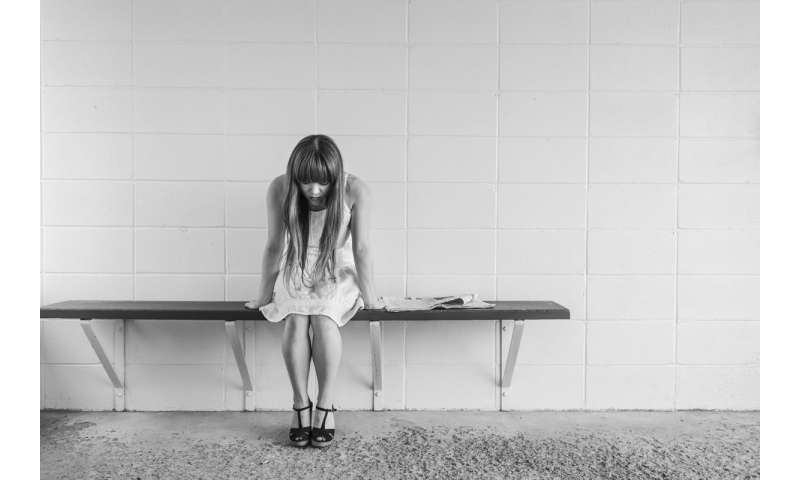 An international team led by Munich-based researchers has found a genetic score that reliably predicts which youths will have depression, the severity of the depression and the age of onset. Furthermore, an additive effect was seen in the youths who had experienced childhood abuse.

According to the World Health Organization, depression is now the leading cause of disability, globally affecting over 300 million people. Depression occurs through the interplay between biological, psychological and social factors. Although depression can happen at any age, it often first emerges during adolescence. Identifying the risk factors for depression before clinically interfering symptoms arise is crucial for effective and targeted prevention strategies.

A study now published by a team from the Max Planck Institute of Psychiatry and the LMU Medical Center in collaboration with researchers from Emory University, Atlanta, USA, University of Coimbra, Portugal and University of Helsinki, Finland, brings us a step closer to being able to prevent depression in youths.The team investigated whether the genetic scores from adult studies can also be applied to predict if children and adolescents will have depression, the severity of depression and the age of onset of the disease. Researchers used a relatively new method of calculating the genetic risk of depression. Traditional genetic studies focus on one genetic difference at a time and how it associates with risk of disease.

In this study, information from many genetic variants associated with depression identified in a sample of over 460,000 adults was used to create a score of the aggregated genetic risk for depression, or a so-called polygenic risk score. Individually, these variants have little impact on risk, but when taken together they can reveal hidden disease risk thus generating a much clearer picture. The method has already been successfully used to look at the genetic risk for many common diseases such as heart disease or diabetes.

First author of the study, Thorhildur Halldorsdottir from MPI explains what she did in more detail: “The score is first calculated from genetic data gathered in the past year from a huge number of adults with depression. This score was then applied to see if it could predict depression and symptoms of depression in smaller cohorts of children and adolescents.” In another aspect of the study, she investigated the impact of an environmental factor, childhood abuse, which has been found to predict depression. Halldorsdottir adds: “We also looked to see how a history of childhood abuse affected the risk. We found that both the polygenic risk score and exposure to childhood abuse were informative in identifying youth at risk for depression.”

Max Planck director and head of the department carrying out this research, Elisabeth Binder summarizes: “This is the first study to show that the polygenic risk score calculated from adults with depression can be used to identify those children at risk of developing depression before any clinical symptoms have emerged.”

Effective psychological and pharmacological interventions for depression are already well known. A combined approach of these interventions has been found to be most effective. Unfortunately, these interventions are not feasible within the realms of public health, in part due to lack of resources. Director and Chair of the Child and Adolescent Psychiatry, Psychosomatics and Psychotherapy at the LMU University Hospital and co-investigator of the study, Gerd Schulte-Körne adds: “In the future, by applying the findings of studies like this one, it would be possible to target youth at the greatest risk for depression, i.e., those with a high polygenic risk score and/or history of childhood abuse, for these effective interventions.”