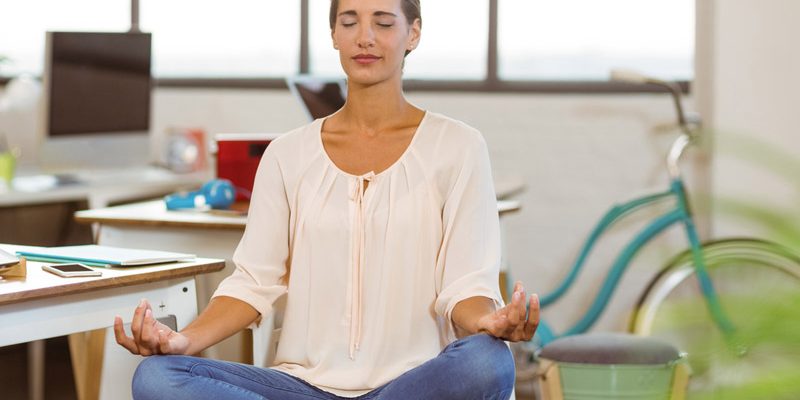 Meditation could help to forget less and to reduce the error rate, if one is pressed for time. After 20 minutes of mindfulness meditation, the brain activity showed changes indicating a better error detection. A study by Michigan State University shows.

Mindfulness meditation changed according to the study, the brain activity in a way that indicates a higher fault detection: a session with a guided Meditation was enough for even novices who had never meditated. The study’s author, Jeff Lin, a doctoral student of psychology, describes the changes as follows: "A specific neural Signal occurs about half a second after an error, called error positivity, and with conscious error recognition dependent on the other. We have found that the strength of this signal was increased in the meditators in comparison to control subjects."

More than 200 study participants, who had not previously meditated never, completed under the guidance of a 20-minute mindfulness meditation. After that, they had to solve on the Computer under time pressure tasks, their brain activity was measured. Although the performance of the people who had meditated, not improved directly, the researchers believe in the potential of Meditation: "Our findings are a strong evidence of what can only have the effect of 20 minutes of Meditation to improve the brain’s ability to recognize errors and to pay attention to them."

Lin now wants to test more participants and different forms of Meditation, in order to determine whether the Changes of brain activity can in the long term, affect the behavior. "The enthusiasm of the Public for mindfulness is great, but from a scientific point of view still needs to be a lot of work done, in order to understand your benefits and find out how you can actually funktioniert", so Lin.