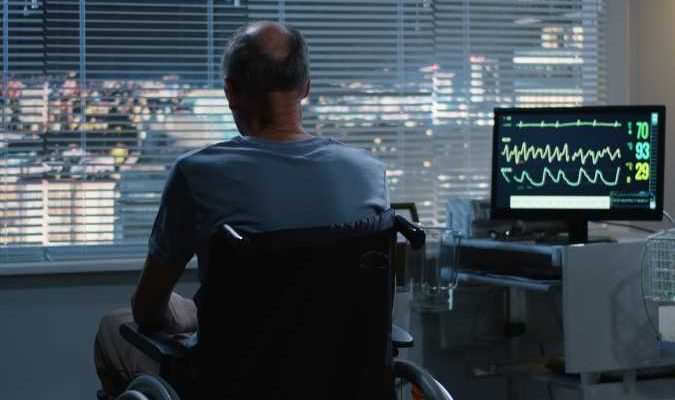 A three-judge federal appeals court panel in Connecticut has likely ended an 11-year fight against a frustrating and confusing rule that left hundreds of thousands of Medicare beneficiaries without coverage for nursing home care, and no way to challenge a denial.

The Jan. 25 ruling, which came in response to a 2011 class-action lawsuit eventually joined by 14 beneficiaries against the Department of Health and Human Services, will guarantee patients the right to appeal to Medicare for nursing home coverage if they were admitted to a hospital as an inpatient but were switched to observation care, an outpatient service.

The court’s decision applies only to people with traditional Medicare whose status was changed from inpatient to observation. A hospital services review team can make this change during or after a patient’s stay.

Observation care is a classification designed for patients who are not well enough to go home but still need the kind of care they can get only in a hospital. But it can have serious repercussions.

Without a three-day inpatient stay, beneficiaries are ineligible for Medicare’s nursing home benefit. So if they need follow-up care in a nursing home after leaving the hospital, they can face charges of about $290 a day, the average national cost of nursing home care, according to a 2021 survey. Also, since observation care is categorized as outpatient treatment — even if the patient is on a hospital ward — they can get stuck with significant copays under Medicare rules.

“You can appeal almost every issue affecting your Medicare coverage except this one, and that is unfair,” said Alice Bers, litigation director at the Center for Medicare Advocacy, which represented the patients in their lawsuit along with Justice in Aging, another advocacy group, and the California law firm of Wilson Sonsini Goodrich and Rosati.

Until Congress passed a law that took effect in 2017, hospitals weren’t required to tell patients whether they were receiving observation care and had not been admitted. Under that law, hospitals must provide written notice, but it does not trigger any right to appeal.

The Department of Justice, representing HHS and the Medicare program, tried numerous times to get the case dismissed, arguing that the decision to admit patients or classify them as “observation patients” was based on a doctor’s or hospital’s medical expertise. Patients had nothing to appeal because the government can’t change a decision it didn’t make, so no Medicare rule had been violated.

Doctors rejected that notion and have long complained that the Medicare rule undermined their clinical judgment and produced “absurd results” that can hurt patients. The American Medical Association and state medical societies filed legal papers in support of the patients challenging the rule, as did several other organizations, including AARP, the National Disability Rights Network, and the American Health Care Association, which represents nursing homes across the country.

But U.S. District Judge Michael Shea ruled against HHS in 2020, and estimated that hundreds of thousands of Medicare patients would be able to seek refunds for nursing home care and other costs that admitted patients don’t pay. The trial took place in 2019.

The government continued to back the rule, however, and asked a federal appeals court panel to reverse Shea’s decision — despite comments from then-chief of Medicare Seema Verma, who questioned these policies in a 2019 tweet, saying that “government doesn’t always make sense.”

On Jan. 25, the appeals court judges upheld Shea’s decision, agreeing that when hospitals switched a patient’s status they were following Medicare’s 2013 “two-midnight rule.” It requires hospitals to admit patients who are expected to stay through two midnights. The ruling applies to people in traditional Medicare.

“The decision to reclassify a hospital patient from an inpatient to one receiving observation services may have significant and detrimental impacts on plaintiffs’ financial, psychological, and physical well-being,” the judges wrote. “That there is currently no recourse available to challenge that decision also weighs heavily in favor of a finding that plaintiffs have not been afforded the process required by the Constitution.”

A DOJ spokesperson declined to comment on whether government lawyers would appeal the new ruling.

Three groups of Medicare patients who were switched from inpatient to observation status after Jan.1, 2009, will be able to file appeals for nursing home coverage and reimbursement for out-of-pocket costs. People currently in the hospital will be able to request an expedited appeal, and others who have recently incurred costs can file a standard appeal by following instructions in their Medicare Summary Notice. A plan for appealing older claims has not yet been arranged, said Bers. The latest details are available on the Center for Medicare Advocacy’s website. (The three-day inpatient hospital stay requirement is temporarily suspended due to the covid-19 pandemic.)

Observation status also causes trouble for people like Andrew Roney, 70, of Teaneck, New Jersey, who was caught unawares when he was switched from inpatient to observation status. He had Medicare’s Part A hospitalization coverage, which is free for most people 65 and older. But he didn’t sign up for Part B, which carries a monthly premium and covers outpatient services, including observation care, doctor visits, lab tests, and X-rays. He spent three days in a nearby hospital for an intestinal infection in 2016.

Roney, a freelance editor and substitute teacher, didn’t think he needed Part B and assumed Part A would cover his hospital stay. Instead, he was surprised to get a $5,000 bill because he was classified as an observation patient and was not admitted. Despite his best efforts, there was nothing he could do about it except to pay up.

“It came as a shock to the system,” said Roney, who testified in the 2019 trial. “I don’t want anybody else to go through that.” Although he had given up hope of getting his money back, he intends to file an appeal now that he can. “It’s a nice chunk of change.”