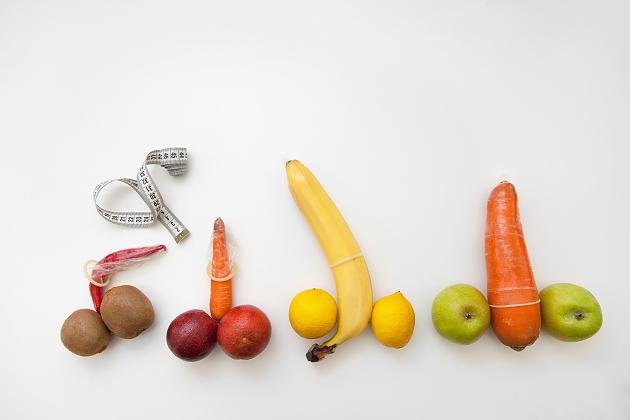 Most of the unpleasant fabric change Induratio penis plastica (IPP) is the cause of penis curvature. It is not as harmless as previously thought, but can be a sign of alarm for certain types of cancer. What are the symptoms you should pay attention to which cancer threatens and what is the meaning of IPP for the man.

Each erection it is clearly visible: The Penis is not straight, but crooked or may even have a real kink. A minimum of five percent of adult men are affected, such as the German society for urology (DGU) has been reported.

Bent Penis can not only lead to impotence

The number of unreported cases is likely to be even much higher, as is for all the diseases in the genital area. They are still regarded as a taboo subject and victims do not go to the doctor. Cause inflammation, the altered tissue, medical Induratio penis plastica (IPP), Peyronie’s disease or penile fibrosis. Depending on how strong the curvature is, is Sex with Penetration threatens even impossible, impotence. So far, the disease was therefore very unpleasant, but rather harmless.

However, the IPP could be much more dangerous than believed. The “crooked Penis” is a warning signal for various types of cancer, such as Recently, the US study "Increased risk of cancer among men with peyronie’s disease“ showed, which was presented by the American Society for Reproductive Medicine.

The risk for these three cancer types increases

The scientists analyzed the health data of more than 1.6 million men. The surprising results:

The curved Penis could increase the risk of getting cancer. According to the study, IPP increases the risk for the following cancer types:

IPP and cancer – the connection is still unclear

Why is the Peyronie’s disease increases the risk of cancer, until now not yet explain. The researchers suggest that similar inflammatory reactions to IPP and the corresponding types of cancer could be responsible. Also father-son studies would indicate a genetic component.

In the end, however, it is the first study that provides a correlation between penis curvature and cancer. Further studies need to investigate the connection between IPP and cancer evidence.

However, men benefit from this first study: Each of the symptoms of a penile curvature, you should go to a urologist to check. Help for the diagnosis of the photos from the erect, not straight Penis that the man submits to the doctor.

Usually, the urologist can make the diagnosis of IPP. This should then, in light of the new study, had two consequences: Not only the treatment of the penis curvature, but also careful and frequent screening for cancer, and especially testicular, stomach, and skin cancer.

But what is behind the mysterious illness IPP? The cause of penile curvature is an inflammation is similar to that of rheumatism. In the context of the inflammatory process Plaques and scarring in the sheath of the corpus cavernosum in the Penis. The corpora cavernosa can fill up during erection uniformly. In addition, micro-injuries can result in the sheath of the corpora cavernosa to scarring, whereby the fabric is shortened and the erect Penis appears to be crooked or bent.

Penis curvature has a relapsing course

However, these changes do not come overnight. The disease progresses in several stages. “In the beginning, in the acute Phase, typically occur pain during erection, and it forms a Curvature with erection. The second, stable Phase is pain-free, and the deformation process comes to a standstill,“ says Michael Sohn, chief physician of the Urological clinic of the Agaplesion Markus hospital in Frankfurt am Main. But even after years, another boost may enhance the the penis curvature.

IPP as early as possible and treat impotence prevent

Treated in time it can be prevented, and hence the impotence. Injections, shock waves and radiation therapy are options. Mechanical methods such as Penile Stretcher is currently being investigated whether they can stop the disease.

The Curvature is pronounced, helps in the first place, the surgery to straighten the Penis. Here, the surgeon can grab the threshold of the body casing so that it is again evenly. As a result, the risk that the Penis is a little shorter. In the case of particularly strong curvature, the so-called Grafting technique is used. Michael Sohn explains: “the Plaque is removed or cut, the Penis is stretched, and the resulting Defect with the body’s own tissue or artificial Material covered.”

Men should not hesitate to go with the smallest changes in the Peniszum urologist. Often already at the beginning of palpable nodules on the Penis are formed in the IPP. The penis curvature is now in every stage. But the therapy you should not hesitate to obtain potency and quality of life. In addition, you should bear in mind that the IPP could also have a connection to some types of cancer and therefore screening are particularly useful.