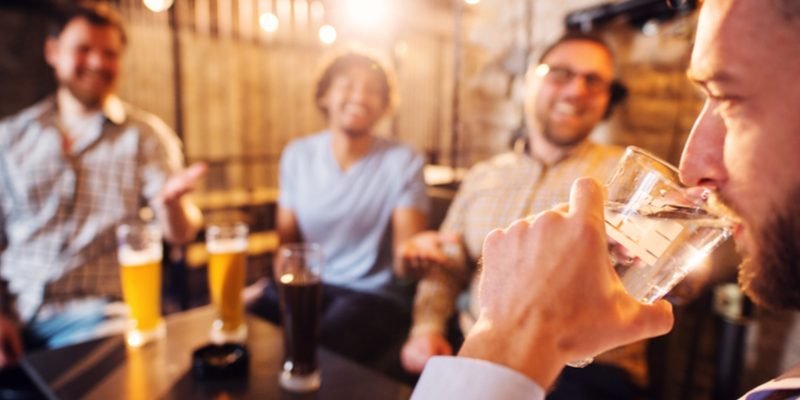 Studies to alcohol to deal with its effects on the drinkers themselves. Researchers from the Institute for therapy research in Bavaria, have now examined what damage alcohol to third parties, not consume alcohol – for example, during pregnancy, due to traffic accidents or as a result of interpersonal violence.

The authors noted that alcohol is 1.214 (45,1 %) of deaths in road transport with third parties, and 55 (14.9 percent) of deaths due to interpersonal violence. A alcohol consumption during pregnancy can cause prenatal damage in the child, for example, a fetal alcohol syndrome or alcohol-spectrum disorders. This, the researchers report in the journal BMC Medicine. You don’t conclude that alcohol only harms the drinker, but also significant damage to the third cause can.

The scientists therefore call for effective measures to prevent negative effects on third parties. Dr. Ludwig Kraus: "Although measures such as the pricing policy or the restriction of marketing of alcoholic beverages are unpopular, could contribute to targeted measures for specific at-risk populations, such as women of child-bearing age or traffic participants, to reduce the damage to third parties, and the drinkers themselves."

In order to investigate the potential damage, Abstinence by alcohol, and analyzed the authors of survey data on alcohol consumption during pregnancy. Estimates of deaths in third-party transactions and cases of death due to interpersonal violence, one of which was believed to be due to alcohol, withdrawals from public statistics.