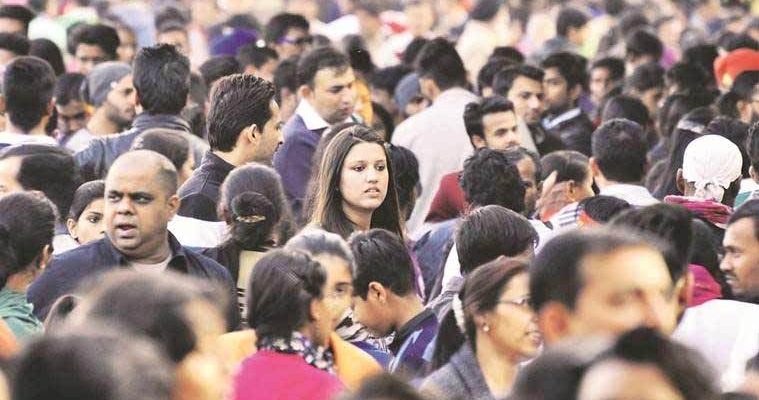 World Population Day: Children will inherit our world. We wouldn't want them to commit the same mistakes which our generation and our predecessors committed. Therefore, it is imperative to educate them by making them aware about the pitfalls of overpopulation. A worldwide shortage of natural resources due to climate change and global warming has resulted in exacerbation of the population problem. The idea is to have a multi-level approach in dealing with this crisis. We need to educate our young ones and at the same time spread awareness amongst adults. It is necessary to empower developing countries with informative and practical mechanisms to tackle the population crisis. The increasing problems of world hunger and poverty can be reduced to some extent with positive and inclusive population control measures.

In 1951, India implemented the National Family Planning Program and went on to become the first country in the developing world to create a state-sponsored family planning programme. The primary objectives of this programme were to lower fertility rates and slow population growth as a means to propel economic development. The program was based on five guiding principles.

Also Read| How to teach your children about climate change in small, but significant ways

These principles were as follows:

a) The community must be prepared to feel the need for the services in order that, when provided, these may be accepted.

b) Parents alone must decide the number of children they want and their obligations towards them.

c) People should be approached through the media they respect and their recognized and trusted leaders and without offending their religious and moral values and susceptibilities.

d) Services should be made available to the people as near to their doorsteps as possible.

e) Services have greater relevance and effectiveness if made an integral part of medical and public health services and especially of maternal and child health programmes.

Arguably, the biggest achievements of these principles were shifting birth control methods from ‘rhythm’ to intrauterine devices and sterilisation. The government has implemented the programme with consistent results that have achieved the objectives to a large extent. It is estimated that close to 17 crore births were averted. However, a lot of work remains to be done. Educating the young ones and youth is a crucial part of tackling the population crisis.

The worldwide rise in population has resulted in increased demand for supplies. This has led to the depletion of natural resources thereby endangering the sustainable model of development. Sustainable Development Goals of the UN are being threatened by increasing population. According to UNESCO, “Population Education is an educational programme which provides for a study of population situation of the family, the community, nation and world, with the purpose of instilling in the student; a rational and responsible attitude and behaviour towards that situation.” A perilous combination of escalating climate impact, rapidly growing population and unchecked industrialisation are putting tremendous pressure on India’s food security and ecosystem.

Objectives set out by UNESCO

UNESCO explicitly sets out objectives for population education in schools. All schools are expected to align their respective curriculum with UNESCO’S objective.

The objectives of Population Education are:

1. To enable the students to understand that family size is controlled.

2. That population limitation can facilitate the development of a higher quality of life in the nation.

3. That a small family size can contribute materially to the quality of living for the individual family.

4. To enable the students to appreciate the fact that for preserving the health and welfare of family members and to ensure good prospects for the younger generation, the Indian families of today and tomorrow should be small and compact.

5. To give accurate information to the students about the effect of changes in family size and in national population.

Why population education in schools?

Schools not only educate our children but impart lifelong lessons to them. Young minds can be ignited in a positive manner with scientific thinking and rational thought. Here are some valid reasons why population education is needed in schools.

It is important to educate children as they are the next generation. Children will inherit our world. We wouldn’t want them to commit the same mistakes which our generation and our predecessors committed. Therefore, it is imperative to educate them by making them aware about the pitfalls of overpopulation.

Smaller population will lead to reduction in consumption of resources. This would mean that fewer individuals would experience shortages. A larger proportion of such a population will be able to secure access to various opportunities and thus improve their standards of living.

Bridging gap between urban and rural

The stark difference between urban and rural lifestyle has resulted in reliance on a large family for creating a workforce. In a village, families are large as manpower is needed to work in the fields. Bridging the gap between the urban and rural way of life will have a positive impact on the mission to reduce population growth.

Sex education to be conducted in a sensitive and mature manner

Sex education is an important part of education on population. The method of delivery needs to be sensitive and mature in order to develop a healthy and rational understanding in the minds of children.

Indian households may be conservative about discussing such topics

Indian households avoid discussions on topics such as sex, safe sex, needs for a partner, and family planning. When parents will learn that their children have been taught all this in a scientific and rational manner, it may lead to a positive change in the conservative mindset.

Population control or reversal can be achieved faster

Population education coupled with sex education during the crucial school years of a child’s life will definitely help in achieving the objectives defined by UNESCO. The aim is to control and reverse the unprecedented growth of population to secure a healthy and sustainable future. The need for population education in schools is felt more than ever because of the challenge of a population crisis faced by all the nations in the world. UNO through UNESCO has set out ideal objectives for imparting population education in schools. Now the most important task is to develop and maintain a sensitive approach and teach children the importance of restricting population growth through effective measures. Let us hope for a future with reduced poverty and hunger along with a more democratic distribution of development.

(The writer is Principal, Thakur International School-Cambridge. Views are personal.)