What a ham! Kourtney Kardashian surprised Kris Jenner on The Ellen DeGeneres Show by bringing out six of her grandchildren — and her son Reign made a memorable appearance.

“I’m so excited,” the momager, 63, said when her daughter, 40, walked onstage with her kids Mason, 9, Penelope, 6, and Reign, plus Kim Kardashian’s brood — North, 5, Saint, 3, and Chicago, 15 months. “I saw Reign and Penelope last night for a couple minutes, and I’ve been gone for a minute. So I haven’t seen the rest of them. This makes me so happy.”

While Mason said he loved going shopping with his grandma and North said she didn’t remember where she met Ellen DeGeneres before, Reign had the most to say. 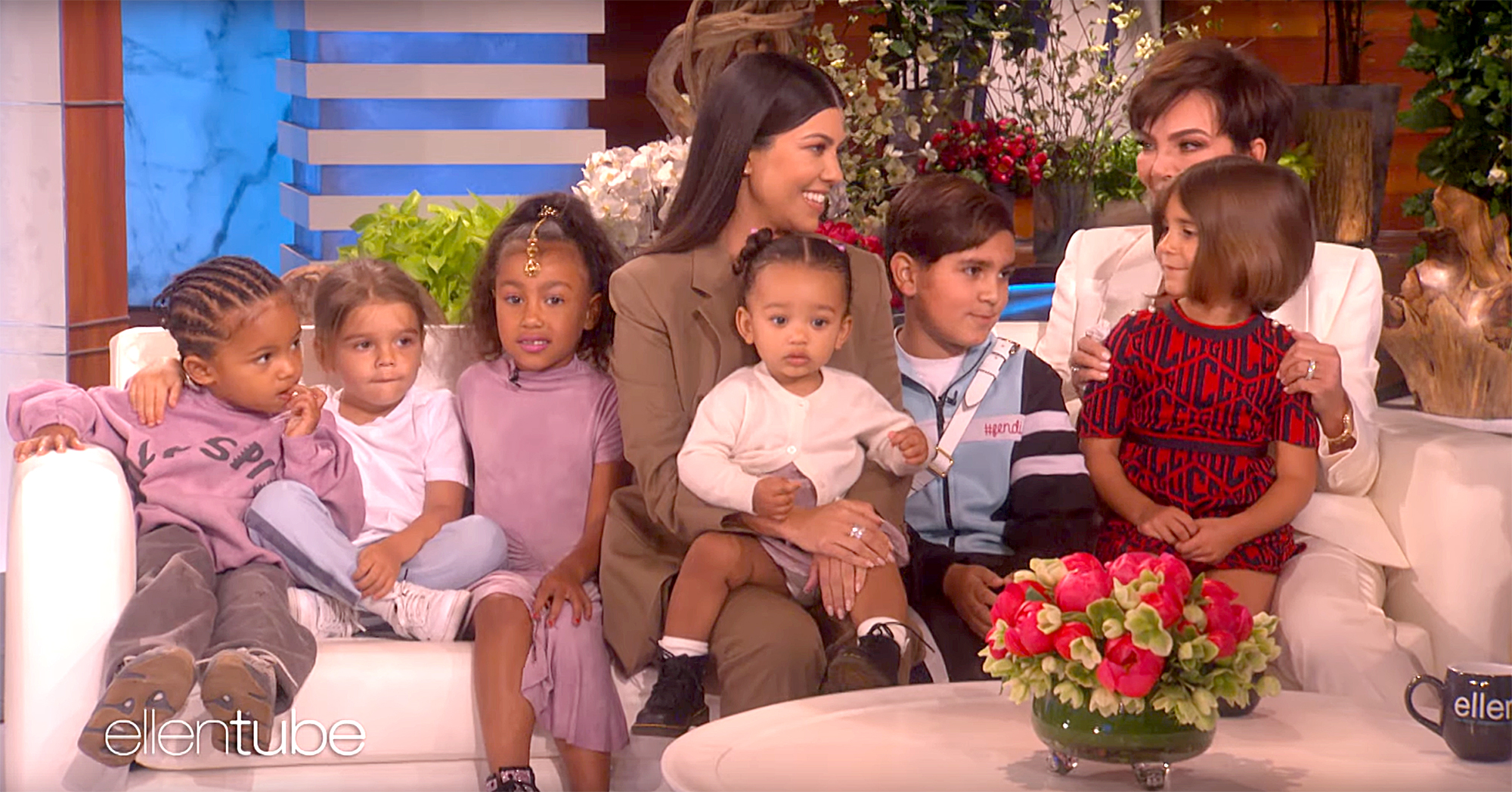 From yelling out, “Chicken!” to telling his mom he couldn’t “chill” because he’s a “zombie,” the little one had the audience cracking up. He even cuddled up to his cousin Saint and announced, “This human is adorable, and he’s fire.”

It was Reign’s loud announcement that he needed candy that got Twitter talking the most.

“Reign is a whole mood,” one social media user wrote, while another added, “Reign is 10000% Scott [Disick]’s child! He was wilding and did not care at all.”

While on the show, the Poosh creator also shocked her mom with baby news. “My mom doesn’t even know this but Kim’s surrogate went into labor,” Kardashian told the audience. “So she’s at the hospital.” 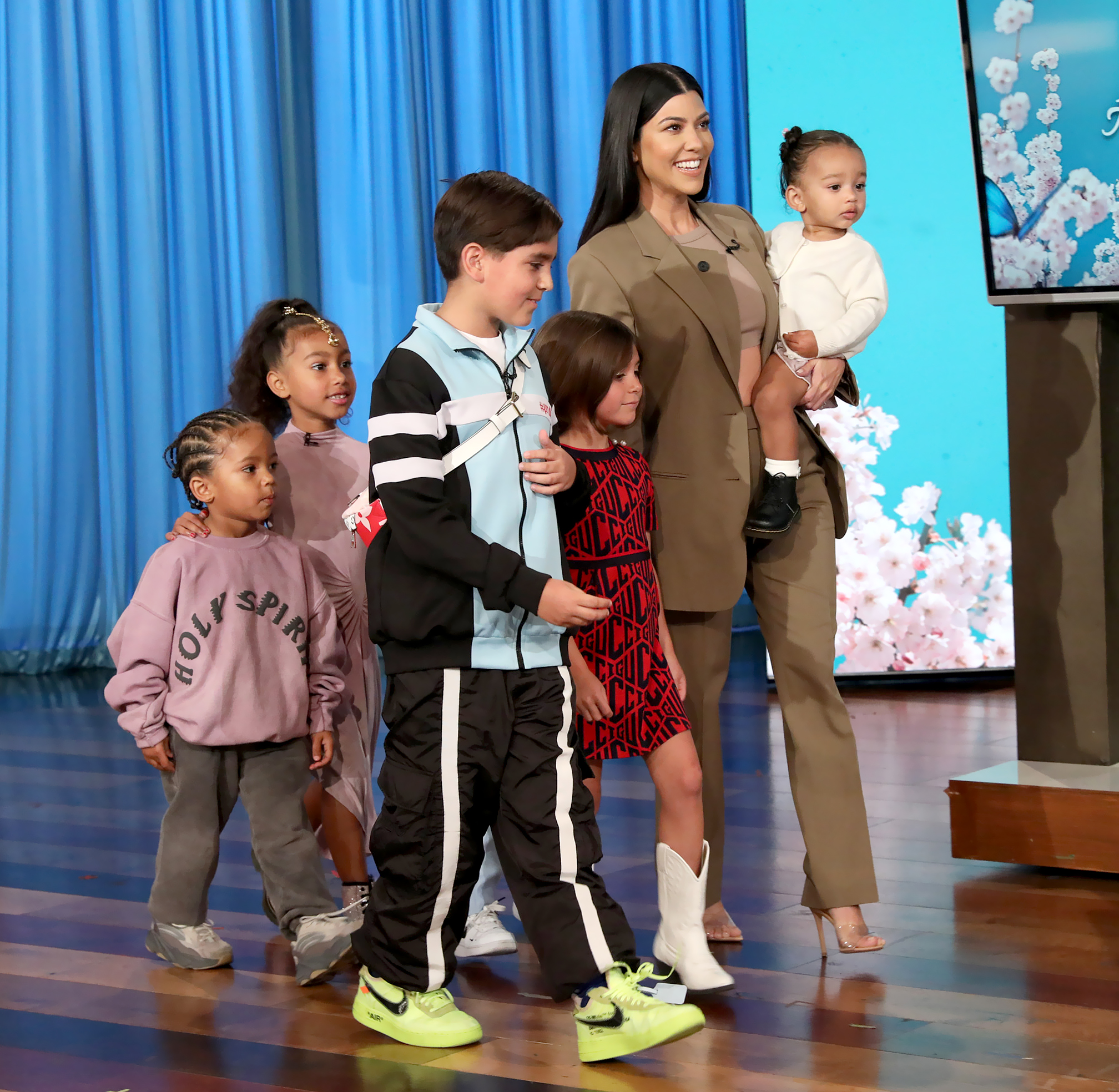 Us Weekly broke the news in January that the rapper and the KKW Beauty creator were expecting their fourth child. The little one arrived on Thursday, weighing 6 pounds and 9 ounces, but Kim announced the news on Twitter on Friday, May 10.

“He’s here and he’s perfect!” she wrote. “He’s also Chicago’s twin lol I’m sure he will change a lot but now he looks just like her.”