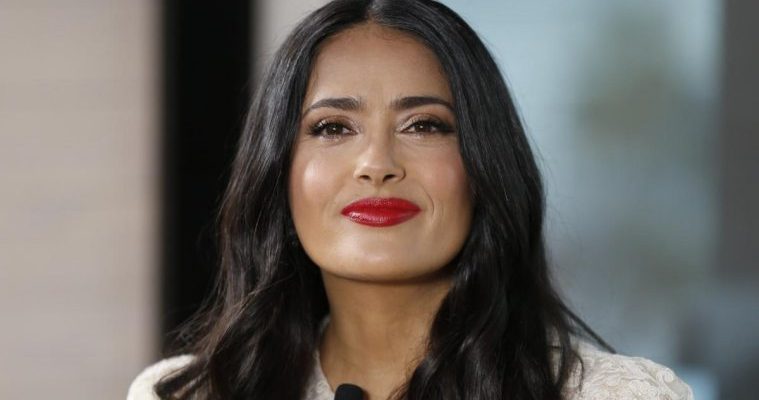 Salma Hayek birthday: "If I had to do it all over again, I wouldn't eat so much fruit at the beginning," the actress and mother, who gave birth to her daughter in her 40s, had said. Salma Hayek, in an interview earlier, had talked about why she wished she did not have fruits with high sugar content when she was pregnant with her daughter Valentina Paloma Pinault.

“If I had it to do over again, I wouldn’t eat so much fruit at the beginning. I didn’t know that eating fruit that is high in sugar is not recommended when you have gestational diabetes,” she was quoted as saying.

The actress became a mother when she was 41 and was diagnosed with gestational diabetes. For the uninitiated, this is a form of high blood sugar that may develop during pregnancy. “I got gestational diabetes, which I didn’t realise at first…I was nauseated for nine months, which can be one of the symptoms,” she had said.

Diabetes has been found to be one of the most common medical complications during pregnancy, according to experts. It can occur as gestational diabetes mellitus (also known as pregnancy diabetes) and pre-existing diabetes in pregnant women.

In case of gestational diabetes, pregnant women should ideally have a combination of watery and less-sweetened fruits. Express Parenting got in touch with Dr Sushma Tomar, obstetrician and gynaecologist, Fortis Hospital, to know what fruits you should eat and what to avoid during pregnancy.

What fruits should you eat during pregnancy?

“If the pregnant woman is not diabetic, she can have fruits like apple, watermelon, apricots, cherries, and banana, among others. The best fruits to have during pregnancy are those which are rich in vitamin C like oranges,” said Dr Tomar. If the woman is diabetic, then she needs to keep a check on the sugar intake. She should avoid eating mangoes and bananas but can have oranges and watermelon.

Fruits to avoid during pregnancy

There are some fruits, however, which pregnant women in general should avoid — peaches, pineapple and papaya — since they can cause uterine contraction leading to premature delivery or abortion, Dr Tomar advised.

How much fruits can you have during pregnancy?

Eating two to three fruits per day is enough for getting the essential nutrients, remarked Dr Tomar.