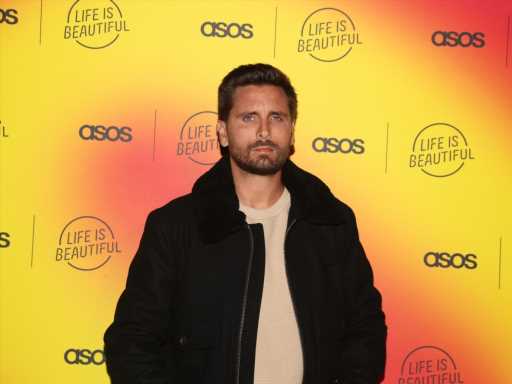 Despite Kourtney Kardashian, Scott Disick, and their 10-year-old daughter Penelope Disick getting backlash on using TikTok so much in recent weeks, parents can’t stop laughing at this relatable moment between papa Scott and Penelope. As we all know, back-to-school season is here, and we’re still getting adjusted to the school schedule. And the one we’ve all been dreading is back: math class.

It turns out A-list parents also have a hard time helping their kids out with math class, and Scott and Penelope’s new TikTok sums it up perfectly. On Sept 2, Penelope posted a TikTok from her and her mom’s TikTok account @pandkourt with the caption, “And I have no idea what’s going on in math class and I come home and my dad knows less.”

In the video, we see Scott and Penelope mouthing to the sound in the background, which says, “I don’t know what’s going on, and I simply don’t wanna know!” The father-daughter duo looks so confused and helpless, and we’ve all been there at the hands of math class.

While comments have been turned off on the video, we know a lot of parents resonate with this phenomenon. However, this duo aren’t the first ones to use this sound to describe their hatred for math class. Another TikToker by the name of @jordymcfordy uploaded a video of her with a calculator, with the same sound, captioned, “Me anytime I enter math class.”

It’s comforting to know that most people have this struggle.

Scott and Kardashian had an on-again-off-again relationship from 2006 to 2015, welcoming three children named Mason, 12, Penelope, 10, and Reign, 7.

Before you go, click here to see more celebrities with huge families.