What is the role of a grandparent — and why does it seem to be changing so much right now? My siblings and I love our grandparents. We spent many weekends at their house, where I learned a love of black-and-white musicals and the beauty of the stars and the deliciousness of raw cookie dough. And when my grandma on my dad’s side moved close to us, we loved spending time with her, too. So why does it feel like such a burden to ask my own parents to watch my kids?

Like me, many millennial parents are going through the same struggle with their own parents. One posted about it on Reddit, and it deeply resonated with other moms.

“MIL and mother both won’t babysit,” a post in the “Parenting” subreddit was titled. Then parent went on to explain: “I very rarely ask for help. When I do ask, it’s usually a no,” they said.

“My kids are easy. Grandmas are both healthy and don’t work that often,” the OP continued. “They are also local. I know I’m not entitled to babysitting, that’s part of the reason I don’t really ask. Grandparents have active lives too, I understand that. It’s just really a bummer when I hit a wall, can’t find a paid sitter, and grands won’t help. That’s all. Just venting.”

This is such a delicate topic, but one that I can relate to! It can be so awkward asking our parents for the occasional babysitting help — I know they are busy, and my kids are full of energy, and that isn’t their job, but still. My own parents leaned on their parents all the time (I remember!), but it always feels like a big deal for me to do the same. They do help out, but I worry that I’m burdening them if my kids aren’t perfect.

The Reddit parent clarified a few things at the end of their post. “I’m not looking for ‘date night’ help here,” they wrote (which, BTW, should also be fine to ask for!). “I need 2 hours of babysitting next Saturday, Jan 7th for something specific and necessary.” 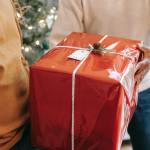 They also added, “A childless friend has agreed to keep them alive for a couple of hours. It’s all good. I was just annoyed by the people who were begging me for grandchildren a mere 6 years ago, that’s all. Lol.”

This rant sparked an interesting debate on what to expect of our parents now that they are grandparents.

“It’s frustrating as hell, especially if you come from a family dynamic where you were babysat many times but your own grandparents,” one top comment said.  “I spent many summers at my great grandparents or my aunt’s home, but I just couldn’t imagine my kids doing the same.”

The OP commented, “Bingo! I never thought about that before. I’m probably subconsciously salty because my mom had help with us, but isn’t passing on the favor. (I’m the only one with kids, my brothers haven’t married or had kids yet).”

“If you want to be petty, deny them access to the grandkids some of the time,” another person said. “If they can’t even spend a few hours with their grandkids to help you out, then they lose some of their grandparent privileges as well. Show them that they can’t have their cake and eat it too.” While I don’t condone this reaction, I certainly understand the motivation behind it!

“My grandparents would take me and my sister on holidays, my husband spent every weekend at his nan’s house,” someone else wrote. “Neither of my kids has ever spent a night with their grandparents. MIL has babysat once and tried to back out last minute. My mom will do an hour here or there but prefers only one kid at a time, i only have 2! Not overly helpful.”

While I definitely don’t think grandparents should have to watch their grandkids, I do find it incredibly frustrating that they never seem to want to watch them — even when you’re in a bind and when they themselves know how hard it is to raise children.

Others pointed out that parents now have more “guidelines” when it comes to babysitting. “I’ll say we (younger than boomer generations) also expect more of the people watching our kids,” one person wrote. “We tend to have a lot more guidelines and they don’t want to follow them so they turn it down. Guidelines at my grandma’s were that I was alive when my mom picked me up.” Which, yes, this is true.

“I think they don’t want to be like their parents,” someone else guessed. “They didn’t want to be trapped at home caring for kids and rarely of ever seeing what it’s like outside their neighborhood/town. They got an education and wanted independence. Their parents then became grandparents and baked cookies, gardened, wore a house dress and overalls and they wanted nothing to do with that life.”

Some people think that grandparents now don’t realize how hard it is to parent without help, since they always had help. “It’s interesting because my mom is a boomer who didn’t have a village because she moved here at 19 from a European country,” one person wrote. “Her mom was thousands of miles away. My mom helps me all the time and I think it’s because she has a full understanding of what parenting is like when you don’t have any relief from a village. I wonder if all the boomer grandparents who had their parents act as practically second sets of parents really don’t understand what parenting with no help at all is like. They never had to grapple with no breaks and no end in sight, so they truly don’t understand what not having any help with your kids is like.”

“You’re right you’re not ‘entitled’ to babysitting, but I honestly can’t fathom being a grandparent and not wanting to help at all with my grandkids without a very good reason,” someone else said. “The thought of that is just bizarre to me. I’m sorry you get no support ❤️.”

At least we can get support from the internet, as so many people are going through the same thing!

Before you go, check out these wild stories about Reddit’s most horrific mother-in-laws.