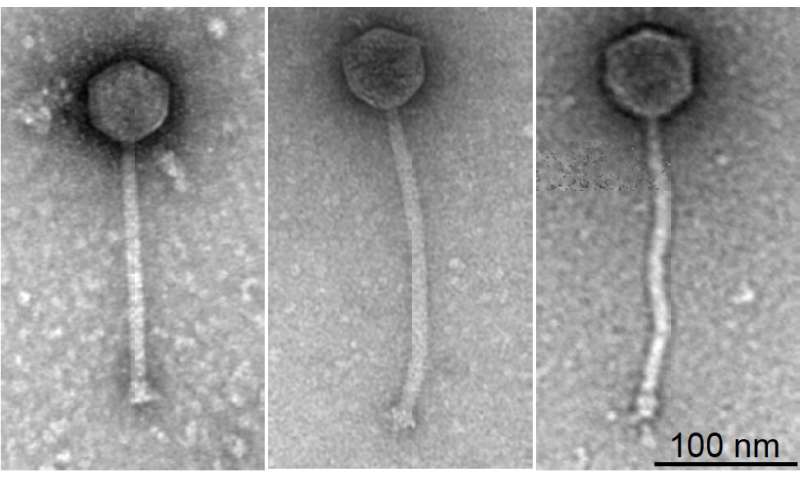 The patient, a 15-year-old girl, had come to London’s Great Ormond Street Hospital for a double lung transplant. It was the summer of 2017, and her lungs were struggling to reach even a third of their normal function. She had cystic fibrosis, a genetic disease that clogs lungs with mucus and plagues patients with persistent infections. For eight years, she had been taking antibiotics to control two stubborn bacterial strains.

Weeks after the transplant, doctors noticed redness at the site of her surgical wound and signs of infection in her liver. Then, they saw nodules—pockets of bacteria pushing up through the skin—on her arms, legs, and buttocks. The girl’s infection had spread, and traditional antibiotics were no longer working.

Now, a new personalized treatment is helping the girl heal. The treatment relies on genetically engineering bacteriophages, viruses that can infect and kill bacteria. Over the next six months, nearly all of the girl’s skin nodules disappeared, her surgical wound began closing, and her liver function improved, scientists report May 8, 2019, in the journal Nature Medicine.

The work is the first to demonstrate the safe and effective use of engineered bacteriophages in a human patient, says Graham Hatfull, a Howard Hughes Medical Institute (HHMI) Professor at the University of Pittsburgh. Such a treatment could offer a personalized approach to countering drug-resistant bacteria. It could even potentially be used more broadly for controlling diseases like tuberculosis.

“The idea is to use bacteriophages as antibiotics—as something we could use to kill bacteria that cause infection,” Hatfull says.

In October 2017, Hatfull received the email that set his team on a months-long bacteriophage-finding quest.

A colleague at the London hospital laid out the case: two patients, both teenagers. Both had cystic fibrosis and had received double lung transplants to help restore lung function. Both had been chronically infected with strains of Mycobacterium, relatives of the bacterium that causes tuberculosis.

The infections had settled in years ago and flared up after the transplant. “These bugs didn’t respond to antibiotics,” Hatfull says. “They’re highly drug-resistant strains of bacteria.”

But maybe something else could help. Hatfull, a molecular geneticist, had spent over three decades amassing a colossal collection of bacteriophages, or phages, from the environment. Hatfull’s colleague asked whether any of these phages could target the patients’ strains.

It was a fanciful idea, Hatfull says, and he was intrigued. His phage collection ¬- the largest in the world—resided in roughly 15,000 vials and filled the shelves of two six-foot-tall freezers in his lab. They had been collected from thousands of different locations worldwide—and largely by students. 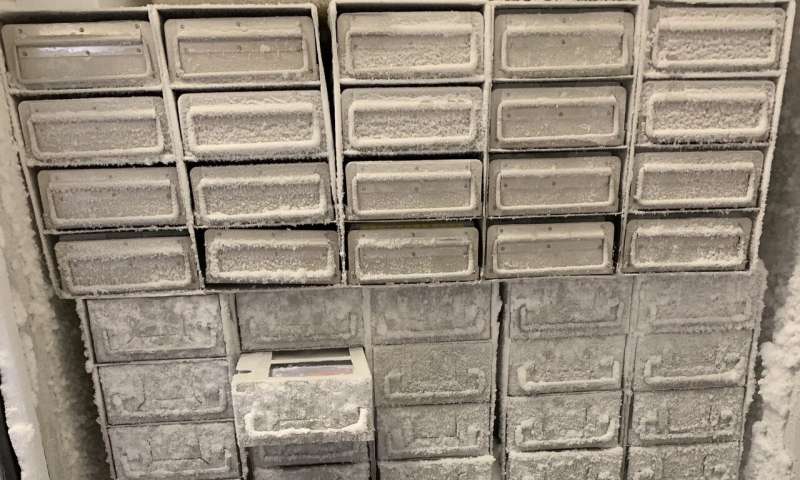 Hatfull leads an HHMI program called SEA-PHAGES that offers college freshmen and sophomores the opportunity to hunt for phages. In 2018, nearly 120 universities and colleges and 4,500 students nationwide participated in the program, which has involved more than 20,000 students in the past decade.

There are more than a nonillion (that’s a quadrillion times a quadrillion) phages in the dirt, water, and air. After testing samples to find a phage, students study it. They’ll see what it looks like under an electron microscope, sequence its genome, test how well it infects and kills bacteria, and figure out where it fits on the phage family tree.

“This program engages beginning students in real science,” says David Asai, HHMI’s senior director for science education and director of the SEA-PHAGES program. “Whatever they discover is new information.” That basic biological info is valuable, he says. “Now the phage collection has actually contributed to helping a patient.”

That wasn’t the program’s original intent, Asai and Hatfull say. “I had a sense that this collection was enormously powerful for addressing all sorts of questions in biology,” Hatfull says. “But we didn’t think we’d ever get to a point of using these phages therapeutically.”

The idea of phage therapy has been around for nearly a century. But until recently, there wasn’t much data about the treatment’s safety and efficacy. In 2017, doctors in San Diego, California, successfully used phages to treat a patient with a multidrug-resistant bacterium. That case, and the rise of antibiotic resistance, has fueled interest in phages, Hatfull says.

Less than a month after he heard about the two infected patients in London, he received samples of their bacterial strains. His team searched their collection for phages that could potentially target the bacteria.

They tested individual phages known to infect bacterial relatives of the patients’ strains, and mixed thousands of other phages together and tested the lot. They were looking for something that could clear the whitish film of bacteria growing on plastic dishes in the lab. If a phage could do that, the team reasoned, it might able to fight the patients’ infections.

In late January, the team found a winner—a phage that could hit the strain that infected one of the teenagers. But they were too late, Hatfull says. The patient had died earlier that month. “These really are severe, life-threating infections,” he says.

His team had a few leads for the second patient, though: three phages, named Muddy, ZoeJ, and BPs. Muddy could infect and kill the girl’s bacteria, but ZoeJ and BPs weren’t quite so efficient. So Hatfull and his colleagues tweaked the two phages’ genomes to turn them into bacteria killers. They removed a gene that lets the phages reproduce harmlessly within a bacterial cell. Without the gene, the phages reproduce and burst from the cell, destroying it. Then they combined the trio into a phage cocktail, purified it, and tested it for safety.

In June 2018, doctors administered the cocktail to the patient via an IV twice daily with a billion phage particles in every dose. After six weeks, a liver scan revealed that the infection had essentially disappeared. Today, only one or two of the girl’s skin nodules remain. Hatfull has high hopes: the bacteria haven’t shown any signs of developing resistance to the phages, and his team has prepped a fourth phage to add to the mix.

Finding the right phages for each patient is a big challenge, Hatfull says. One day, scientists may be able to concoct a phage cocktail that works more broadly to treat diseases, like the Pseudomonas infections that threaten burn patients.