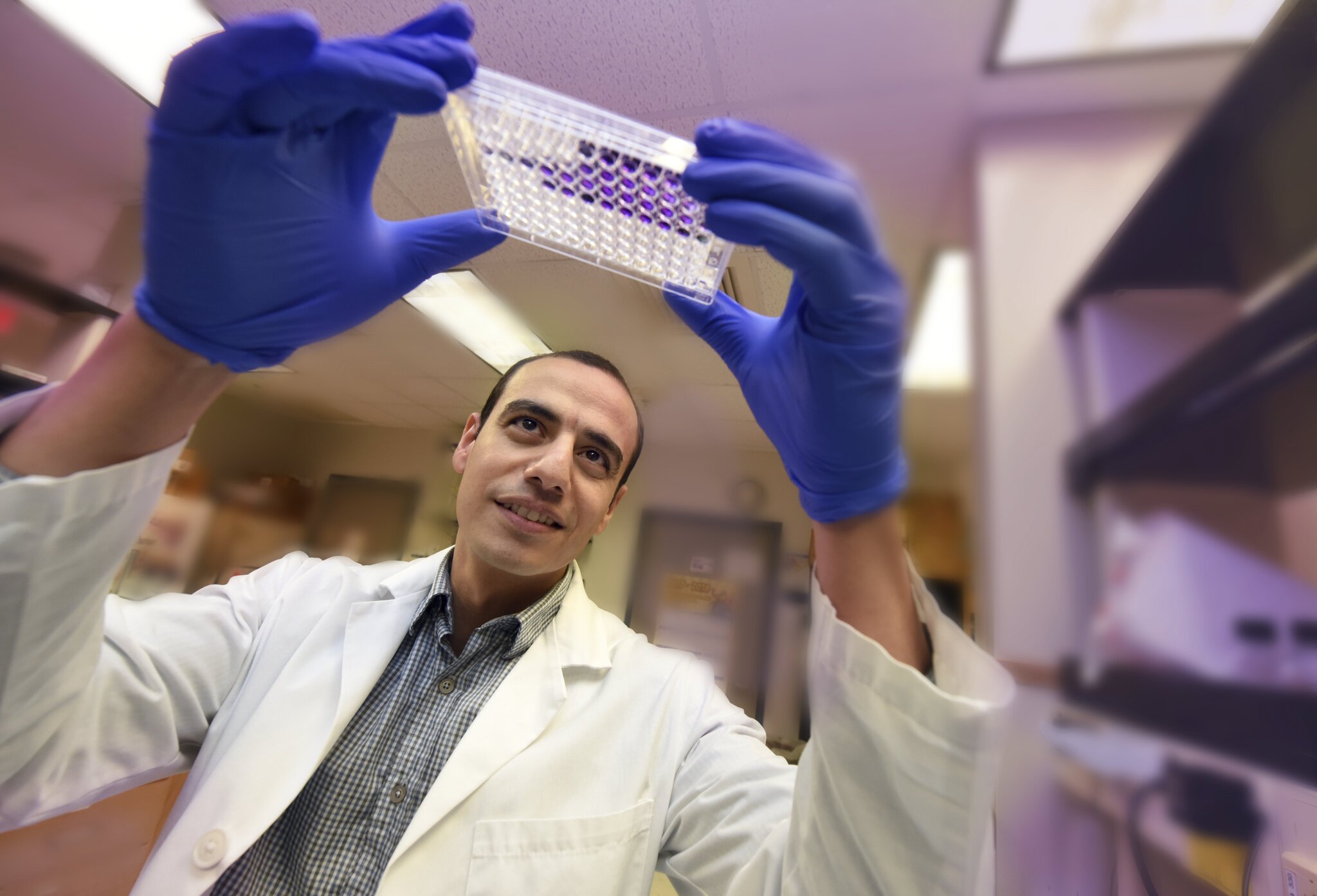 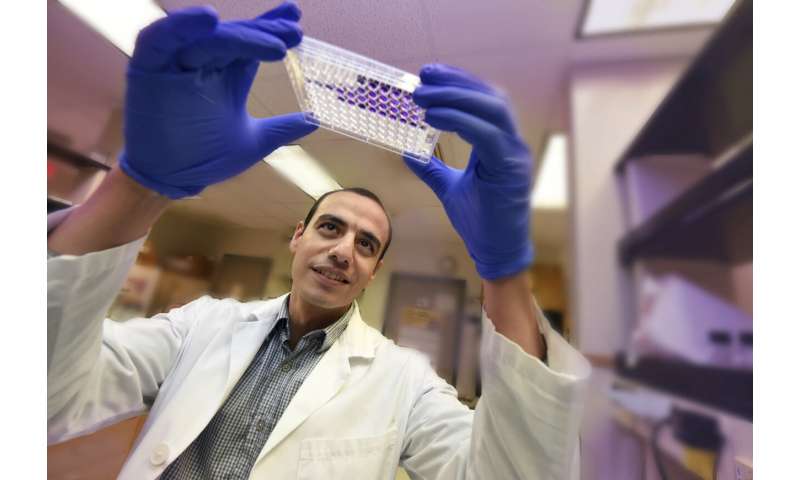 Scientists at the Medical College of Georgia at Augusta University are looking at new treatment targets for the retinal damage that often accompanies diseases like diabetes, glaucoma and hypertension.

Characterized by damage to the blood vessels, those diseases often lead to ischemia—or a disruption of the blood supply to an organ or part of the body. In the case of the retina, that disruption can lead to vision loss.

“The neurons in the retina help us see by transmitting signals from the optic nerve to the brain. The blood vessels in the retina supply those neurons with the blood they need and when there is ischemia, the neurons start to die. We want to find new ways to treat that damage,” says Dr. Abdelrahman Y. Fouda, an MCG postdoctoral fellow.

With a two-year postdoctoral fellowship award from the American Heart Association, Fouda is working with Dr. Ruth B. Caldwell, cell biologist in MCG’s Vascular Biology Center, to help find those new treatment targets.

They believe the key lies in the enzyme arginase 1, which is present in the liver and helps it turn ammonia into urea and eventually clear it from the body. But, in retinal damage, they believe that the enzyme helps suppress the excessive inflammation caused by big white blood cells called macrophages.

When an injury occurs in the body, the immune system sends these macrophages to clean up the damage. These versatile cells, whose name literally means “big eater” in Greek, engulf and digest substances the body deems unhealthy. They also play a big role in regulating inflammation, which is necessary to repair damage, but can be damaging itself in excess.

There are two types of these big eaters—M1s that promote inflammation and M2s that are known more for their reparative qualities. And M2s make arginase 1, leading Fouda and Caldwell to suspect the enzyme played a role in the intensity of the immune response in these ischemic injuries.

They are studying a disease model called ischemia reperfusion injury, in which blood flow is removed then restored, inducing destructive inflammation, oxidative stress and resulting damage to neurons and blood vessels. Scientists looked at normal mice as well as those with arginase 1 knocked out body-wide, specifically from macrophages or from the endothelial cells that line blood vessels.

In normal mice and mice without arginase 1 in the endothelial cells, the macrophages that raced to the injury site promoted an inflammatory response. In the mice without the enzyme in their macrophages, the retinal damage was worse, seemingly proving the enzyme plays a key role in regulating the immune response and resulting damage.

Next steps include delineating just how that happens.

They are also studying a more stable form of arginase 1, called pegylated arginase 1, which when administered also reduced inflammation and retinal damage. That form of the enzyme is already in early clinical trials for advanced liver cancer.