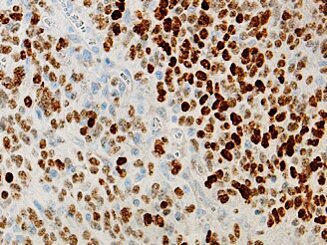 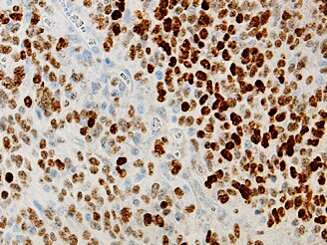 A new Northwestern Medicine study finds that a combination of two mutations cause a form of pediatric brain tumors to become more deadly, according to findings published in Nature Communications.

An experimental drug targeting one mutation prolonged survival in models of diffuse intrinsic pontine glioma (DIPG), but questions remain about the drug’s efficacy, according to Oren Becher, MD, associate professor of Pediatrics in the Division of Hematology, Oncology and Stem Cell Transplantation, and senior author of the study. Nevertheless, both mutations are promising targets for future therapies, Becher said.

“About 25 percent of kids with DIPG have these mutations—the mutations must be important for the biology of the disease,” said Becher, who is also an associate professor of Biochemistry and Molecular Genetics and a member of the Robert H. Lurie Comprehensive Cancer Center of Northwestern University. “The first generation inhibitors need to be fine-tuned, but the results of this study show they have the potential to treat this disease in the future.”

Scientists have known about ACVR1 mutations’ role in non-cancerous disease for some time—specifically, in a rare condition called fibrodysplasia ossificans progressiva (FOP). In FOP, muscle and connective tissue such as ligaments and tendons are gradually replaced by bone, causing a progressive loss of mobility for afflicted patients.

During his time at Duke University School of Medicine, Becher and other scientists noticed a surprising number of DIPG patients with similar mutations, leading to a series of studies published in 2014 that demonstrated ACVR1 mutations’ importance in the development of DIPG.

DIPG is a particularly deadly childhood brain tumor, comprising 20 percent of all pediatric brain cancers, and improving therapy has proven difficult over the years, Becher explained.

“The standard of care for the last 50 years has been focal radiation,” Becher said. “50 years of clinical trials have all been negative: we’ve not been able to identify a single drug that can prolong survival in this disease.” 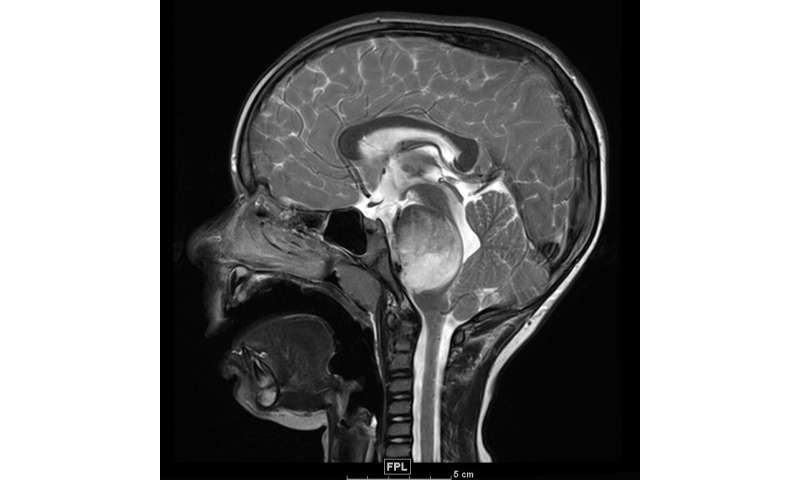 In the current study, Becher and his colleagues used a new model of DIPG to show that ACVR1 mutations aren’t working alone: an epigenetic histone mutation, called H3.1K27M, works in concert with ACVR1 mutations to cause tumors to form and grow more quickly.

While the ACVR1 mutation activates just a handful of genes, the histone mutation acts as a powerful multiplier, raising that figure into the thousands.

“The histone mutation is what makes the ACVR1 mutation much more potent,” Becher said. “The mutations really synergize.”

When both mutations are present, the tumors are more vascular; extra blood vessels helping siphon nutrients away from the brain and into the tumor, fueling growth.

In an attempt to curb this extra growth, Becher and his colleagues explored an experimental ACVR1 inhibitor originally intended to treat FOP, finding it prolonged survival in mouse models of DIPG. However, they discovered that DIPG without mutated ACVR1 also responded well to the drug, indicating the inhibitor may be targeting other molecules or that non-mutant ACVR1 may be involved in cancer.

While promising, the findings underscore how little is known about the mutations, Becher said; he suspects that among the thousands of activated genes lies a pathway that’s making the tumors more vascular—and therefore, a target for inhibition.