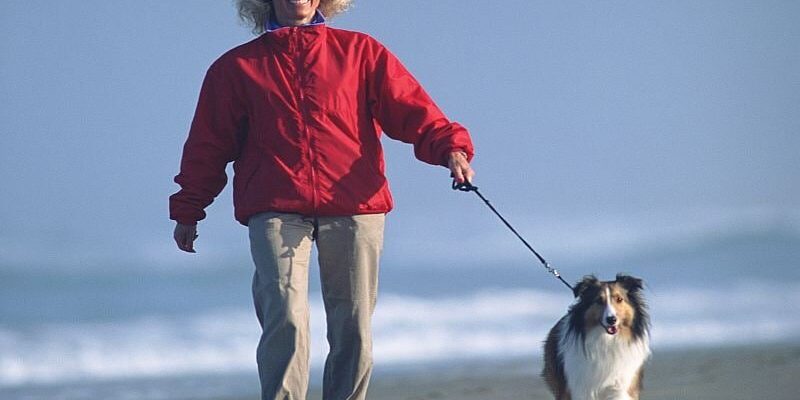 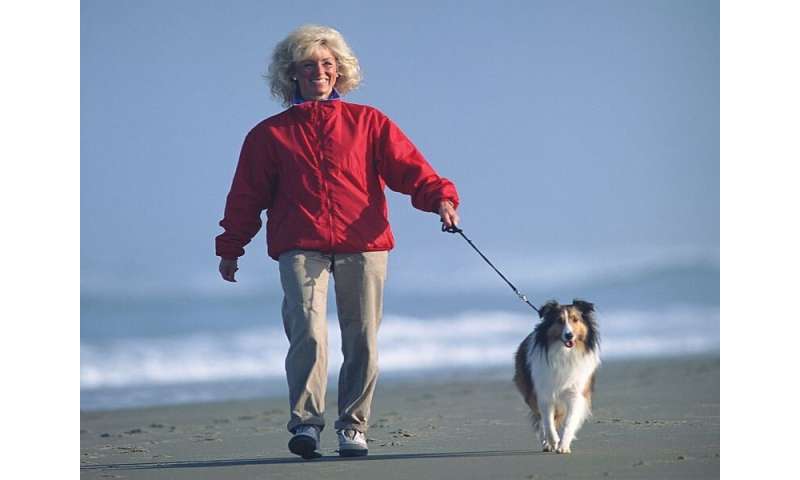 “Getting off the couch and walking a block can help keep you on the right track,” said study author Nicole Spartano, a research assistant professor at Boston University School of Medicine.

Her team looked 2,770 participants in the Framingham Heart Study who were divided into two groups: middle-aged and older. The Framingham study has followed the health and habits of its original participants from Massachusetts and their descendants since 1948.

While the study only found associations, Spartano said the findings were especially significant for older people, who may find it difficult or impossible to meet the exercise guidelines set by the U.S. Department of Health and Human Services.

Those guidelines recommend at least 150 minutes a week of moderate-intensity aerobic activity for them. A 2018 update of those guidelines does say older adults should do as much exercise as their health safely allows, and for all adults, any exercise is better than none.

About 80% of older Americans have at least one chronic disease and 77% have at least two, according to the National Council on Aging. The U.S. Centers for Disease Control and Prevention estimates 40% of seniors have a disability.

Dr. Maria Torroella Carney is chief of geriatric and palliative medicine for Northwell Health in New Hyde Park, N.Y. Reviewing the study, she said the findings are not permission to do less exercise, but “to do more than your baseline activity.”

Carney said the study indicates exercise enhances blood circulation, which, in turn, aids the brain. Cardiovascular disease and diabetes are risk factors for dementia, she said.

Spartano said her team’s study did not show whether exercise can stave off Alzheimer’s disease or other forms of dementia.

This study differed from most others linking exercise to improved brain function in that it used accelerometers to measure activity in “steps,” much like a Fitbit, rather than relying on reports from participants, which Spartano noted can be inaccurate.

She said much remains to be learned, including what is the appropriate dose of exercise for each age group needed to improve brain function.

Work is also needed to clarify an unexpected trend observed between sedentary time and improved thinking in the middle-aged group, Spartano said. The researchers speculated the sedentary time may have been spent working jobs that demanded complex thinking, or on computer use, reading or other activities associated with higher mental skills.

“It adds to the list of many, many studies that exercise—just by itself—reduces worsening cognition,” said Dr. Richard Dupee, chief of geriatrics at Tufts Medical Center in Boston. He was not involved with the study.

Dupee cited 2019 guidelines from the World Health Organization to lower dementia risk that recommend exercise, as well as a healthy diet, limited alcohol use and not smoking.

The latest study “helps us help our patients who really can’t get the 150 minutes a week” of exercise, he said.

Dr. Ross Zafonte, chief medical officer at Spaulding Rehabilitation Hospital in Boston, also reviewed this study and said it and others support the benefits of physical and mental activity, and a healthy lifestyle.

“The issue is that they’re inconvenient,” he said. “Changing your diet is hard. Exercise on a regular basis is hard.”

For seniors who want to preserve their mental skills, Zafonte said maintaining relationships and staying socially engaged are also important.

Because the study participants were mainly white Americans, future studies should examine if the findings hold true for other racial and ethnic groups, Spartano said.