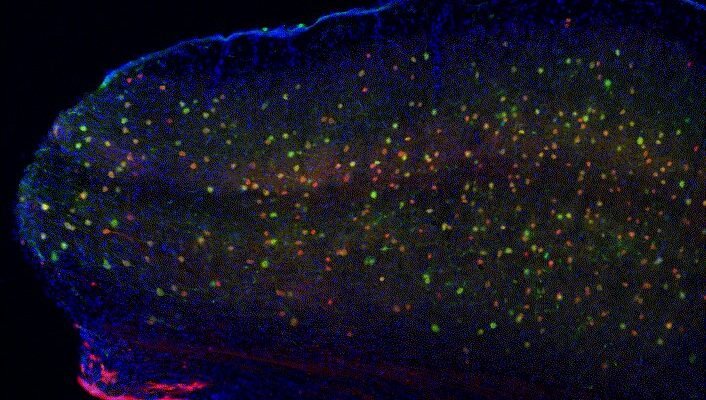 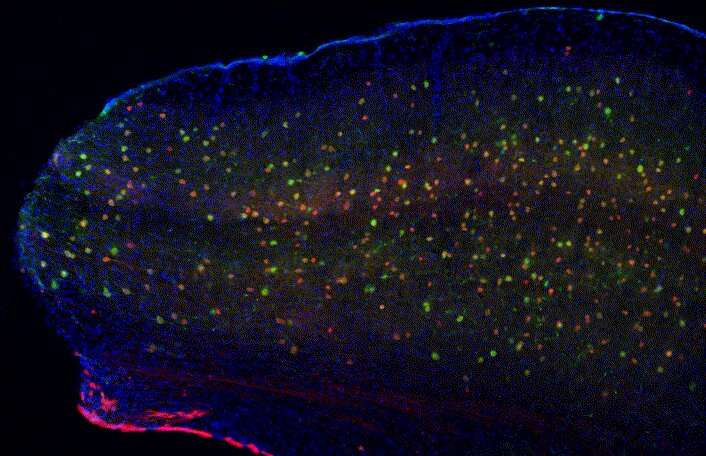 Neuroscientists led by Chris Dulla at Tufts University School of Medicine prevented the development of epileptic activity in mice after traumatic brain injury by using a drug that mimics the metabolic effects of the ketogenic diet. An advance copy of the study is published today in JCI Insight.

The ketogenic diet was originally developed in the 1920s to treat drug-resistant epilepsy in children. By limiting carbohydrates in the diet, the body is forced to burn fat rather than glucose, the usual source of energy in the body. Although researchers do not know exactly how the therapeutic effects of the diet works, evidence to date suggests the change in metabolism is key.

“While we know the ketogenic diet can control seizures in people with epilepsy, we wanted to learn if it would be able to prevent the development of post-traumatic epilepsy,” says Jenny Koenig, an M.D. and Ph.D. student at Tufts University School of Medicine and the Sackler School of Graduate Biomedical Sciences at Tufts who works in Dulla’s lab.

Post-traumatic epilepsy develops within three years of a traumatic brain injury (TBI) in about 1 out of 10 people. TBIs lead to the dysfunction of the brain’s inhibitory network, including the cells that normally quiet down brain activity. Without inhibition, brain activity increases, causing the behavioral and cognitive challenges seen after injury.

Along with increased activity comes an increased demand for energy production through a process called glycolysis, a system that provides energy to the brain by burning glucose, or sugar. Rather than focus directly on reducing neuronal activity, the research team inhibited glycolysis with a drug called 2-deoxyglucose (2-DG) to mimic the metabolic effects of the ketogenic diet.

By recording brain activity from cells in the injured area with a common electrophysiological technique called whole-cell recording, the researchers determined that excitatory cells were more active in injured tissue, compared to control brain tissue from mice.

Comparatively, the cells which usually inhibit others were dying after injury, leaving the brain without a brake on activity. Application of 2-DG directly on the brain tissue was able to reduce cell excitation and epileptic activity from TBI.

In a follow-up experiment, the research team gave mice 2-DG or saline, as a control, in injection form for one week after injury to assess its effect. They found that 2-DG treatment reduced cell excitation, lessened cell loss, and prevented the development of epileptic brain activity.

“We found that treatment with a small molecule-mimic of the ketogenic diet improves neuronal survival and brain function after TBI. We also established that different types of neurons use energy in different ways, allowing cell type-specific manipulation of neuronal metabolism,” said Dulla, whose lab at Tufts University School of Medicine explores the function of neuronal networks, particularly as they relate to epilepsy and other neurological diseases.

“While preliminary, our study suggests that manipulating brain metabolism—through a specific diet or a mimic of that—could be an effective way to prevent the very development of epilepsy or epileptogenesis after TBI and restore normal synaptic communication in the brain,” he continued. “Importantly, 2-DG is already being investigated to help treat cancer and other diseases, suggesting this approach might be used clinically if properly tested in brain injury.”

The authors caution that long-term exposure to 2-DG has been associated with cardiac toxicity.