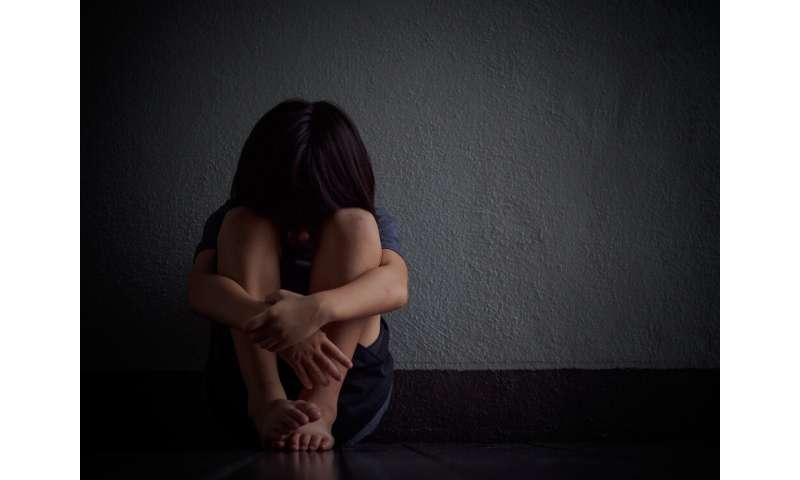 Parent-child conflict is inevitable as children grow, become more independent, and explore the limits of their behavior. However, in families where child maltreatment is present, biological responses to conflict may be altered in both parents and children, say researchers who measured the biological responses of mothers and children during problem-solving tasks to see how they differed in maltreating and non-maltreating families.

The research was recently published in a special issue on neuroscience in the journal Child Maltreatment.

According to lead investigator Erika Lunkenheimer, associate professor of psychology and co-funded faculty member of Penn State’s Child Maltreatment Solutions Network, everyday conflicts with parents offer opportunities for young children to develop self-regulation as they learn to repair conflict with others.

“Early childhood is an important time for children to learn how to repair conflict and is often modeled by parents,” said Lunkenheimer. “But for maltreated children, conflict may be more stressful if they’re unsure whether or not they can rely on their parents to repair the conflict. This stress can show up as changes to heart and breathing rates during challenging interactions with their parents.”

Researchers analyzed 101 mother and child pairs with children ages 3 to 5 from a larger study on parent–child interaction and child maltreatment. Maltreating families were recruited through public welfare offices and had a documented Child Protective Services (CPS) record involving the mother. Non-maltreating families were recruited from a birth database and were excluded if they had a CPS record.

In a laboratory visit, mothers and their children participated in two puzzle tasks in which respiratory and heart rates were measured. Puzzle tasks were designed to be challenging for 3- to 5-year-olds, which prompted the mothers to lend aid and also created the potential for negative behavior or conflict. The researchers measured how many times conflict occurred, how often it was repaired, and whether it was repaired by the mother or the child.

When mothers initiated more repair, there was no biological indication of stress for maltreated or non-maltreated children.

“Higher levels of mother-initiated repair seemed to act as a buffer from stress for both groups of children,” Lunkenheimer noted.

“This pattern may serve a protective function for maltreated children in the short term. It may reflect disengagement from a scenario in which support is not available. But, if repeated again and again, it may also interfere with the development of normal biological stress responses to social situations,” said Lunkenheimer.

The researchers also found that in maltreating families only, repair initiated by children played a unique role.

“Maltreated mothers showed biological stress when helping their children complete the puzzle tasks, but their stress was lower when their children initiated more repair. This wasn’t the case for non-maltreating mothers,” said Lunkenheimer. “Although conflict is common and typical with 3-to- 5-year-olds, it is not developmentally appropriate for young children to be taking responsibility for managing conflict in place of the parent. This may harm children in the long run.”

According to Lunkenheimer, it’s important to pursue a better understanding of how adverse childhood experiences may be biologically embedded in early social relationships so that better interventions can be developed. Novel interventions could involve both biological and behavioral feedback to improve self-regulation for maltreated children.