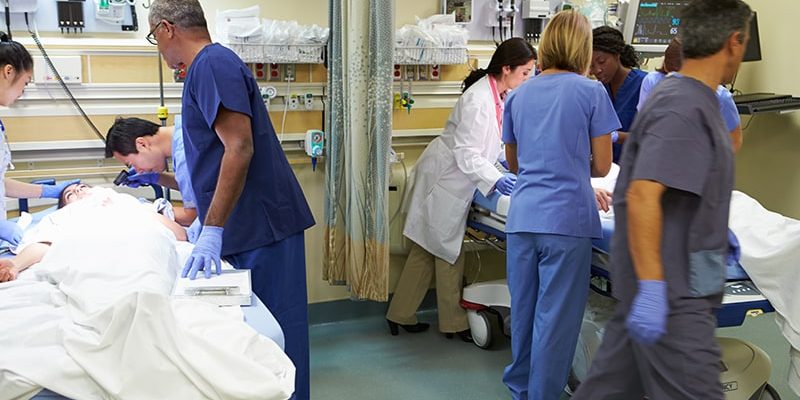 After serious injury, women may fare worse than men by some measures, a new study suggests.

In a nationwide sample of trauma patients, women were likelier than men to be discharged to a long-term care facility (LTF) as opposed to going home. Moreover, during initial care, they also spent longer in the emergency department (ED) than men did. The article was published in JAMA Surgery on May 18.

“Every single patient [needs to] have the same level of concern [from clinicians] and the same high level of suspicion for a serious traumatic injury,” said senior investigator Anne Stey, MD, an assistant professor of surgery (trauma and critical care) at Northwestern University’s Feinberg School of Medicine in Chicago. Stey spoke with Medscape Medical News in an interview.

In addition, the country needs to talk more about the social care that patients receive upon discharge, Stey said. “Just putting people in nursing homes and long-term care facilities not only is expensive, but it’s not good for their health,” she said.

A Look at Nationwide Trauma Outcomes

In a retrospective cohort study, the authors examined data from 28,332 patients in the Trauma Quality Improvement Program databases. The data were collected between 2013 and 2016 at level I, II, and III trauma centers in the US.

All patients had scored higher than 15 on the 75-point Injury Severity Score scale. Each had a diagnosis of traumatic brain injury, intra-abdominal injury, pelvic fracture, femur fracture, and/or spinal injury. The authors used propensity-score matching to reduce selection bias.

The primary outcome was discharge disposition, with options being:

Limitations included retrospective design; a database that used binary biological sex and also conflated sex and gender; and inclusion of American College of Surgery–verified and state-designated trauma centers, whose standards may differ.

Trauma outcomes are time-sensitive. Yet sex-based trauma-care disparities have been found before, with EMS likelier to undertriage women to non–trauma centers and both field and hospital personnel likelier to underestimate women’s burden of injury. Other studies have found sex-based differences in timely care for acute myocardial infarction, stroke, and critical care triage.

The study was not designed to find reasons for the disparities it documented. But bias could play a role, according to Keisha Ray, PhD, assistant professor of bioethics and medical humanities at McGovern Medical School at UTHealth Houston, in an interview with Medscape Medical News.

“This study aligns with the rest of the literature that says women receive inferior care than men, that women have lesser access to health care, not always because of lesser income or lesser health insurance, but because of gender biases in the clinical setting,” said Ray, who was not involved in the study. “It isn’t anything new to people who study health equity, gender disparities, and inequities in healthcare.”

Clinicians have biases they may be unaware of, Ray said. They should explore how those biases influence how they treat patients, particularly women of color. They should also ask what their institutions are doing to identify and fix biases, she added.

As for discharge disparities, Stey said, studies suggest that women are likelier to be primary household caregivers, “so when they get sick, they’re often more likely to end up going to rehabilitation facilities and not be able to go home, because there’s no one to help take care of them.”

At such facilities, they may lose some of their level of functioning, she added.

“It’s always more ideal to be able to go home, both from a cost perspective, but also just from [a perspective of] being able to maintain your activity and your regular life,” Stey said.

She urged policymakers to grapple with the questions: “How do we keep people in their homes longer? And how do we enable and support their family members so that they can take care of their loved ones?”

Jenny Blair, MD, is a journalist, writer, and editor in Vermont.