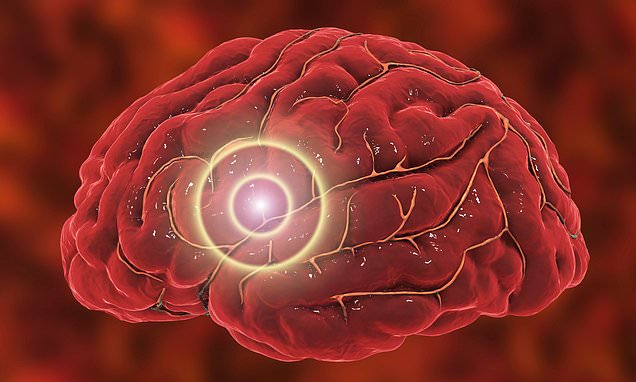 Woman, 44, is rushed to hospital after passing out because she had a STROKE while ‘nearing orgasm’ when her partner was performing oral sex

A woman was rushed to hospital after suffering a stroke while receiving oral sex from her partner.

The 44-year-old, of west London, passed out as she was nearing orgasm and scans later revealed a blood vessel had burst inside her skull.

Despite only suffering a ‘moderate’ headache when she came round after three minutes of unconsciousness, she was taken to A&E in an ambulance.

Medics didn’t directly explain what caused the stroke – but said changes in blood pressure during sex are ‘well-described’ as a cause of bursting blood vessels. 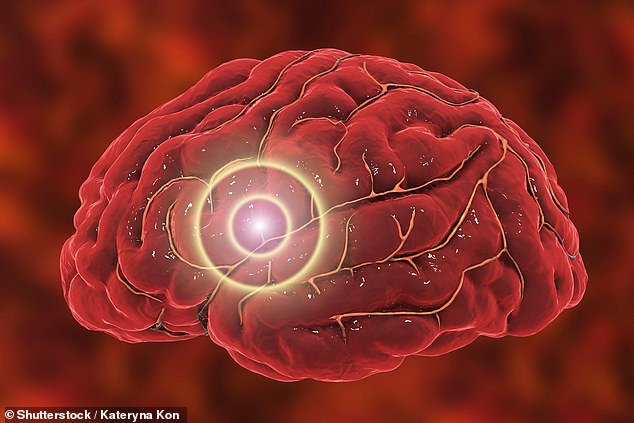 The woman was treated at West Middlesex University Hospital in Isleworth, in the London borough of Hounslow.

Her partner, whose sex is unknown, said they noticed ‘her body was stiff’ when they were performing oral sex on her.

They added: ‘She had been otherwise well preceding the event.’

When she arrived in A&E, the woman had normal vital signs and was fully awake and responsive – she said she felt sick but did not vomit.

And she had a headache at the front of her head which she rated six out of 10 on a pain scale.

HOW COULD SEX TRIGGER A STROKE?

Scientific studies have in the past revealed the increase in blood pressure experienced during sex could contribute to blood vessel rupture.

Researchers say sex and physical exercise share characteristics and may have similar effects on circulation – namely a higher heart rate and blood pressure.

One study said people experience a ‘peak’ in blood pressure and heart rate when they orgasm.

If someone has a weakened blood vessel, such as an aneurysm, a rise in blood pressure could cause this weak spot to burst, scientists have found.

If this takes place inside the skull it could trigger a stroke, potentially having more serious, life-threatening effects.

Medics initially thought she had suffered a seizure but CT scans revealed there was blood between her skull and her brain, showing she had actually had a stroke.

They diagnosed a subarachnoid haemorrhage – an uncommon type of bleeding on the brain – but said it was only ‘small in size’.

In the report, the doctors acknowledged that sexual activity has been ‘well-described’ as a cause of blood vessels bursting because it increases blood pressure.

They point out that past research has been done on people having penetrative sex but suggest oral sex could have the same effect.

‘Older studies with [artery] monitoring during coitus demonstrate that during sexual activity blood pressure, as well as heart rate, is very [liable to change], with particular rises during orgasm,’ they wrote.

To treat the woman the medics did a procedure called endovascular coiling, which involves injecting metals into the artery to trigger clotting and stop bleeding.

She spent two weeks in hospital before being sent home with no lasting problems. The incident is believed to have happened in October 2018.

The woman was revealed to be a regular smoker, occasional drinker, asthmatic and had suffered malaria in her brain in her 20s, but these were not directly linked to her stroke in the report.