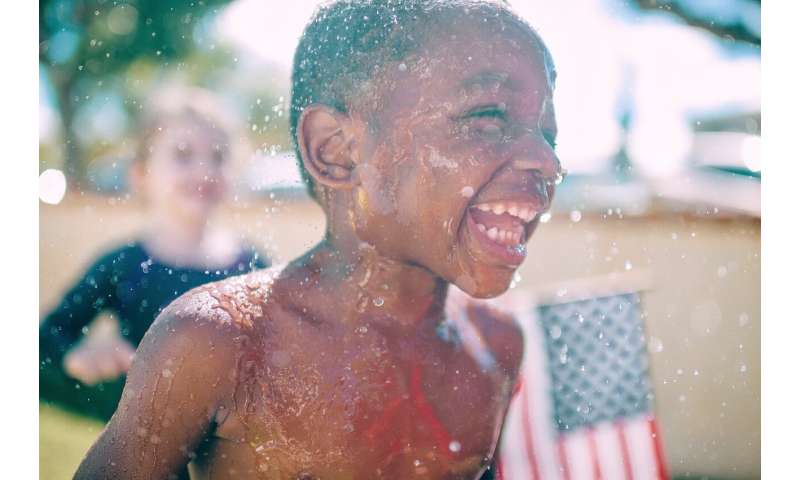 In June 2019, much of Europe was struck by early heatwave, with temperatures reaching nearly 46 Centigrade (115 Fahrenheit) in France, an all-time record.

A heat wave is characterized by extremely high temperatures over the course of several days and nights. They have significant impact on our daily lives—we feel overheated and tired. When a heat wave strikes, many governments activate a “heat action plan,” advising those affected to drink water, avoid strenuous exercise, and stay cool. If not, one risks having a heat stroke, which can be potentially life-threatening.

But how exactly does the human body deal with such extreme temperatures, and why is heat so dangerous? Which organs are affected, and when could things take a turn for the worse?

The core temperature of the human body usually fluctuates between 36 and 38°C (97 to 99°F). Temperatures within this range allows biochemical reactions to proceed normally, which is vital for proper functioning of cells and organs. The human body is also well equipped to deal with a variety of environmental conditions that might threaten its core temperature.

When the core temperature deviates from the normal range, the body initiates physiological responses that in order to return its temperature return to normal. This thermoregulatory response is comparable to a thermostat at your home; once the in-house temperature strays from the ideal temperature, heating or cooling systems activate to return to the preferred temperature.

In the human body, this thermostat is located at the base of our brain, in a region called the hypothalamus. Information provided by temperature sensors located in our skin, muscles, and other organs is analyzed, and when necessary, physiological response is initiated.

The first and most important response to increasing temperatures is heat dissipation via the skin and extremities of our body, such as our hands and feet. We start producing sweat that will evaporate on our skin, shedding heat in the process.

This system is very effective in cooling down the body, but can require up to 2 liters of water per hour in cases of extreme heat. The body adjusts its water housekeeping as much as possible, but to sustain thermoregulation, it’s vital for us to refill the body’s water reservoir. If not, one risks running out of water, and thus losing the ability to sweat and cool down, resulting in overheating of organs. Via the drinking water, we also need to take up electrolytes and salts, which maintain a normal blood acidity, crucial for cells to function.

From brain to kidneys

To understand what can go wrong, let’s take a look at how the thermoregulatory response affects the function of multiple organs, and how each organ reacts to extreme heat.

The first is the cardiovascular system. For us to sweat and cool off, blood flow shifts from the central organs to the periphery of the body—you’ve no doubt noticed that people who are overheated are often blushing. The loss of water through sweat and the redistribution of the blood flow causes a fall in blood pressure in the central organs. To maintain blood flow to the vital organs, the heart tries to compensate by elevating the heart rate.

However, if blood flow redistribution is accompanied by too much water loss, blood pressure will drop dangerously and cause fainting, an important sign of a heat stroke. In a worst-case scenario, it can lead to heart failure if left untreated.

Another vital organ that suffers under temperature stress is the brain. Increased temperatures disturb communication between nerve cells, as the heat affects DNA and protein structure as well as cellular membrane integrity. Dehydration also causes electrolyte imbalances, which can disrupt nerve-muscle cell communication. The longer the overheating lasts, the more serious the consequences can be. Cognitive pathways can be deregulated and provoke emotional alterations such as increased anxiety, headaches and impaired judgment.

Remarkably, one of the ways the brain cools is through the respiratory system. The body increases breathing frequency, cooling the blood flowing to and from the brain. The flowing air can be seen literally as a sort of natural air-conditioning system. However, an adverse effect is that blood pH rises due to decreases in bicarbonate and CO2 pressure, which could endanger cell functioning in other organs.

The intestine is another major organ system receiving less blood due to its redistribution to the periphery. It impedes proper functioning, and in extreme cases can cause nausea and vomiting.

Finally, the loss of water and salts also elicits responses in the urinary tract. Under the influence of a special hormone from the brain, antidiuretic hormone, the re-absorption of water and salts is stimulated to counteract the blood pressure loss in the cardiovascular system. As a result, our kidneys produce less but more concentrated urine, which is browner in color, and we go less frequently to the bathroom. Prolonged periods of high temperatures and dehydration can result in tissue damage in the kidneys.

Listening to your body

One can understand now that drinking water, taking up salts and electrolytes, and staying out of the most intense heat is an absolute necessity for our body’s own good. People who do not listen to their bodies, do not drink water and neglect the advice given by health authorities during hot weather can push their bodies to the limits of human physiology. They could suffer exhaustion or heat stroke, which can have potentially fatal consequences.

Those particularly at risk are the elderly and heart patients whose cardiovascular system is already overstressed. Moreover, elderly might be less aware of the dangers of heat, as their body heat sensors function less well than those of young people. Babies and toddlers depend on their parents to take the necessary measures to protect them.

The best advice during a heat wave is, in essence, to do what we already know: