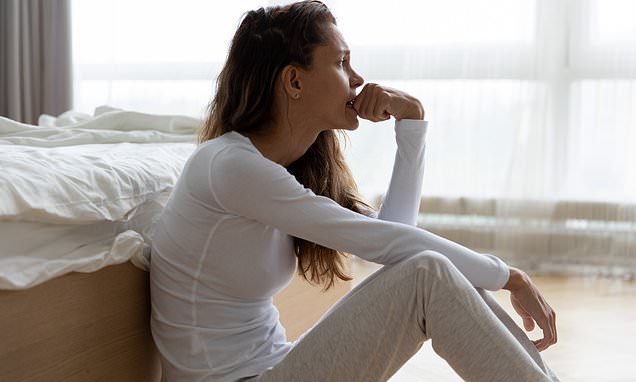 What can stop me waking up feeling so anxious every day? DR ELLIE CANNON answers your health queries

Most mornings I wake up feeling anxious. It seems to get a bit better as the day goes on but it returns the next day – particularly if I’m with other people. I’m beginning to avoid socialising in case it brings on a panic attack. Please help.

It is important to differentiate between normal emotions we experience most days and a mental health problem. There is one key difference: people with mental illness experience their symptoms for no reason. The extreme anxiety or sadness develops without a trigger.

In the case of panic and feeling anxious, the problem may be a condition called generalised anxiety disorder.

Distracting yourself with activities can help with anxiety. But if symptoms prevent you from socialising, they should be dealt with. 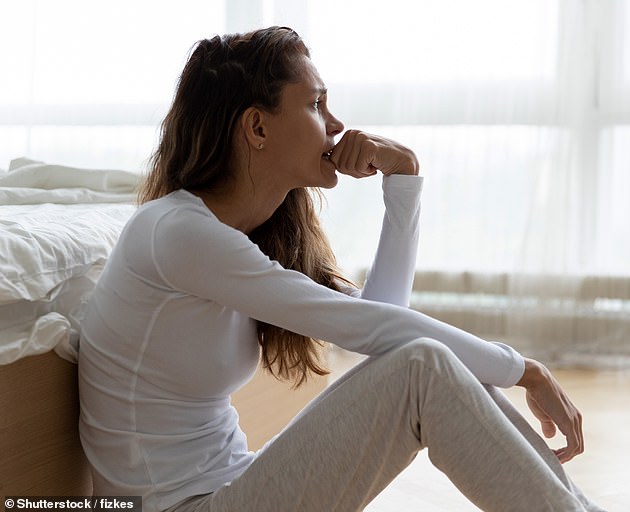 It is important to differentiate between normal emotions we experience most days and a mental health problem. There is one key difference: people with mental illness experience their symptoms for no reason. The extreme anxiety or sadness develops without a trigger. (Posed by model)

The first thing a GP will recommend is psychological therapy, such as cognitive behaviour therapy (CBT). This can range from following an online programme on your own to face-to-face sessions in a group setting.

In some areas, you can refer yourself to mental health services: look for the local services called IAPT.

Depending on the severity of symptoms, a GP may also recommend taking an antidepressant or anti-anxiety medication. And if symptoms aren’t improving with current therapies, it might be worth trying something more intensive with a psychologist. However, there are often long waiting lists for this on the NHS.

Some people feel very strongly that they don’t want to take medication – even if they have to wait for long periods without psychological help. But it can be a very valuable tool, helping to manage symptoms that are affecting your quality of life.

A few months ago, my boyfriend had a bout of shingles on his head. He took antibiotics and it cleared up within a week. But since then, he’s suffered terrible tinnitus, which gets worse at night. He tells me there is no cure so there’s no point in seeking help. Is he right?

It is not uncommon for strange symptoms to linger, or even develop, after being infected with a virus.

Shingles is caused by the varicella zoster virus, which also causes chickenpox. The virus lies dormant in the body’s nerves and can reactivate years after someone has recovered from chickenpox.

DO YOU HAVE A QUESTION FOR DR ELLIE?

Dr Ellie can only answer in a general context and cannot respond to individual cases, or give personal replies.

If you have a health concern, always consult your own GP.

When this happens, patients develop the telltale shingles rash, as well as pain in the area of the body supplied by the infected nerve.

Sometimes, the affected nerve is in the face – and many of these are involved with hearing and balance, causing auditory disturbances, including tinnitus.

Patients find they hear a constant ringing or buzzing that is not caused by sounds coming from the outside world.

First, it is a good idea to have an ear exam. Sometimes tinnitus is caused by something more simple, such as fluid or even wax: a quick check-up would rule this out, or offer an easy solution.

You can use sound to reduce the impact of the tinnitus during the night. Put on some quiet white noise or soft music – this can mask the ringing inside the ears – or keep a window open so you can hear the sounds of the outside world. You can also download an app which offers background noises especially designed to help tinnitus.

Doctors refer to this type of treatment as sound therapy. You can find out more on the British Tinnitus Association website (tinnitus.org.uk).

The idea is that drowning out the noise of tinnitus not only distracts from it, but also changes the way we react to it.

Part of the problem is that the sound makes patients stressed, further affecting their sleep.

Once the brain gets used to tinnitus, it can start to ignore the sounds. It might also be worth trying sound therapy in the daytime. Some patients find it helps them to concentrate.

High blood pressure is one of the leading risk factors for heart attack and stroke.

It is also thought to increase the chance of developing heart failure, chronic kidney disease and vascular dementia. This is why doctors are intent on treating it.

Even if we cut blood pressure by only ten per cent, the risk of a stroke is slashed by a third.

Anything above an average of 135/85 is considered high.

If a patient has no other risk factors for heart disease – such as being a smoker – then they and their doctor need to have a detailed discussion about whether to start treatment.

Sometimes, patients decide not to take pills but instead make changes to their lifestyle, including reducing the amount of salt in their diet. But these are things that should be done anyway.

It is also worth avoiding alcohol and caffeine, as they can raise blood pressure.

But if lifestyle changes haven’t made a difference to your readings after three to six months, it is probably time to consider taking a tablet.

While it is personal choice, a doctor may recommend it if you have a high risk of heart disease.

Sometimes radical health measures are needed to make a difference. And I think banning smoking is a perfect example.

There was outcry after a Government-commissioned report last week recommended upping the smoking age limit, stopping supermarkets from selling cigarettes and making it illegal to smoke in pub gardens, among other measures.

It’s all part of the plan to make England smoke-free by 2030. It sounds extreme (to smokers, mostly) but I am all for it. 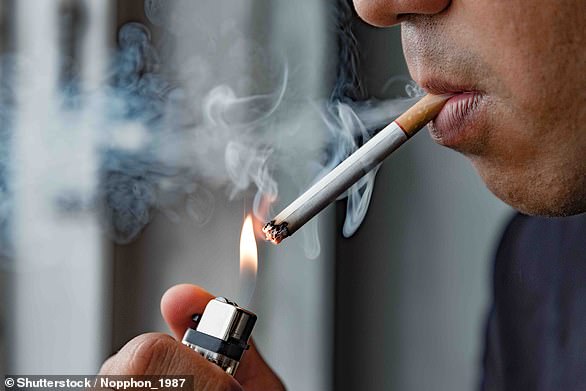 Sometimes radical health measures are needed to make a difference. And I think banning smoking is a perfect example

About three-quarters of lung cancers are caused by the habit, so anything we can do to erase it for good will not only save lives but relieve pressure on the NHS.

The 2007 ban on smoking in enclosed public places, such as pubs and offices, has led to more than 1,000 fewer hospital admissions for heart attacks a year, according to research in the British Medical Journal.

I urge Health Secretary Sajid Javid to enact every recommendation in the report.

I’ve said it before and I’ll say it again: vaccines are incredible. Their latest achievement, revealed in research published last week, is treating one of the most vicious forms of cancer.

US scientists have repurposed the tech in Pfizer’s Covid-19 vaccine to treat pancreatic cancer – and found it banishes the disease in half of patients, for at least 18 months.

This is unheard of in pancreatic cancer. But it makes me wonder why we’re only just cottoning on to the vast potential of vaccines.

Scientists have known about their scope for curing a host of diseases for years, but the focus is always on creating new drugs or treatments.

Now that researchers are finally focusing on jabs, who knows what can be achieved. Vaccines are currently showing promise for treating bowel and brain cancers, too.