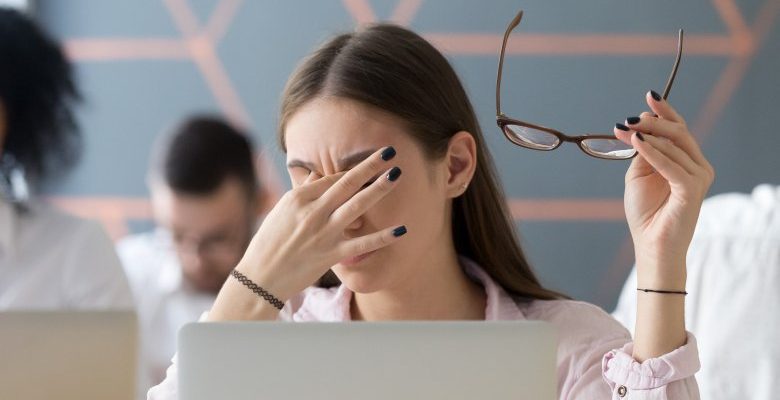 No matter how thoroughly we scrub our faces in the morning, gunk still fills up in the corners of our eyes throughout the day. This mucus is most commonly associated with sleep, so why does it happen when we’re awake?

As optometric physician Troy Bedinghaus, OD, notes for Very Well Health, the gunk actually accumulates predominantly while we’re sleeping. It’s either easily removed by a quick swab of your finger or, sometimes, it can almost glue your eyelids together. If it’s excessive, you should see your doctor. But you’ll need to describe what you’re dealing with the best you can.

What do eye boogers mean?

Thick green or grey mucus could signal a bacterial infection, like conjunctivitis, which could make your eyes irritable, red, itchy, and difficult to open when you first wake up. Thankfully conjunctivitis, or pink eye, rarely causes long-term vision or eye problems.

Yellow mucus, meanwhile, could be caused by a stye. If eyelid glands become clogged and infected, they may start to leak mucus, creating something that looks like a zit (don’t squeeze it, as this may cause further infection). A stye may also cause your eye to feel bruised and sensitive to light.

When are eye boogers a problem?

Meanwhile, white or yellow mucus in watery tears commonly signals an infection of the tear drainage system. They’re often accompanied by facial pain, redness, and swelling. This condition requires antibiotics and can be quite serious. Likewise, thick, crusty mucus on your eyelids or lashes may be caused by blepharitis, a condition caused by bacteria found in your skin that infects the lids and lashes, causing redness and inflammation.

Stringy, white mucus can be caused by allergic conjunctivitis, which produces a sticky goo that collects in your eyes or under the lower eyelid, which requires eye drops or oral medications to treat it. Watery tears mixed with small amounts of mucus could be symptomatic of viral conjunctivitis, which can also cause eyelid swelling, blurred vision, and redness. It’s often associated with upper respiratory viral illnesses, and can cause your eyes to water excessively.

What to tell your doctor about eye boogers

Small, dry mucus particles in the corners of your eyes can be a sign or dry eyes or dry eye syndrome, which occur when the water component in your tears is reduced, leading mucus and oil to stick together, dry out, and clog in the corner of your eyes first thing in the morning. These are the most common forms of eye boogers.

Eye boogers are usually totally normal and not a problem. Regardless, it’s important to characterize the consistency of mucus if you’re concerned there may be an issue, as the color and type of mucus will help your doctor ascertain what the issue is and how to treat it.