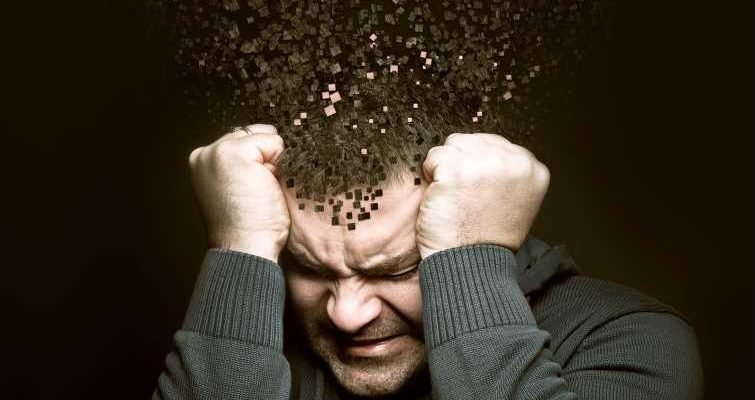 How were your dreams last night? By analyzing brain activity, scientists may be able to answer that question for you — especially if you had an angry dream.

New research finds that a signature pattern of brain activity can reveal whether there was anger in a person's dreams. In particular, asymmetry in the activity of the frontal lobes of the brain during sleep — as well as in the evening before bed — can indicate that a person is raging mad in his or her sleep.

Indeed, "There seem to be shared processes for emotions across wakefulness and dreaming," said study author Pilleriin Sikka, a lecturer in cognitive neuroscience at the University of Skövde in Sweden. [7 Mind-Bending Facts About Dreams]

The study was published today (April 15) in JNeurosci: The Journal of Neuroscience.

Dreams are emotional experiences, Sikka told Live Science, but there hasn't been much research on the neural basis of these nighttime emotions. She and her team homed in on a brain pattern called frontal alpha asymmetry, which has already been shown to be involved in anger and emotion regulation during wakefulness.

Alpha brain waves oscillate between 8 hertz and 12 hertz, and are common during relaxation, Sikka said. The more alpha activity in a brain area, the less busy that brain region. In wakefulness, a mismatch in alpha activity between the frontal lobes of the brain, the seats of cognition behind the forehead, indicates that someone is experiencing or trying to control anger.

To find out if the same asymmetry that indicates anger when a person is awake also indicates angry dreams, Sikka and her team asked 17 participants to spend two nights, a week apart, in a sleep laboratory. The participants slumbered while wearing a cap of electrodes called an electroencephalogram (EEG) cap, which measures the electrical activity on the surface of the brain.

After taking baseline waking measurements of the participants' brainwaves, the researchers had them settle down to sleep. They watched the slumberers' brain activity on the EEG readout until the participants settled into Rapid Eye Movement (REM) sleep, the phase of sleep when most dreaming happens. After five minutes of REM sleep, they woke the participants and asked them to report what they'd been dreaming and how they'd felt in those dreams. They repeated this sleep-wake-report process all night.

"We found that, similarly to prior studies conducted in the waking state, individuals with greater frontal alpha asymmetry during REM sleep experienced more anger in their dreams," Sikka said.

People with greater alpha activity in the right frontal lobe compared with the left frontal lobe experienced more anger, the researchers reported. And people with the same frontal alpha asymmetry in the evening before they fell asleep were also more likely than those with more balanced brain activity before bed to experience angry dreams, hinting at links between the emotions of the real and dream worlds.

"This seems to suggest that some individuals may be more likely than others to experience anger both in their waking life and in their dreams," Sikka said.

The results need to be replicated on a larger, more diverse sample, Sikka said, and the researchers would like to measure frontal alpha asymmetry throughout the day and throughout all stages of sleep to see if the connection remains consistent. Finally, she said, it would be interesting to see if it would be possible to use brain stimulation to change people's frontal alpha asymmetry during sleep and see if that changes the emotions of their dreams.