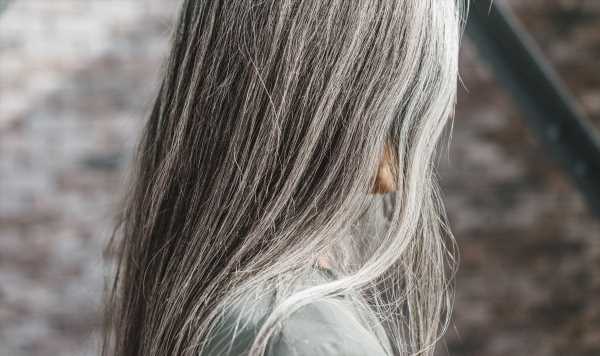 How to reduce the appearance of grey hairs

The length and appearance of skin and hair are of immeasurable value to a person’s self-image. As the body ages, these features are the first to display signs of ageing. There is evidence that genetics is the greatest determinant of greying hair, but studies suggest nutritional deficiencies may also have some involvement.

Hair greying, also now as canities, is a key feature of autoimmune diseases and other factors like stress and smoking.

Studies have also shown the role of environmental factors such as ultraviolet light, climate, trace elements and nutritional deficiencies in hair greying.

The International Journal of Trichology wrote in 2016: “Although the primary causes of premature hair greying are considered to be genetic, certain environmental factors also play a role.

“Trace element deficiencies such as vitamin B12, vitamin D3 and calcium may also be associated with premature hair greying.”

In an early body of research published in the International Journal of Trichology, researchers found that premature greying often coincided with low levels of vitamin D.

The study, however, was unable to prove a causal role, so it is ill-advised to top up vitamin D in a bid to slow down greying.

Autoimmune disorders associated with premature hair greying include vitiligo and pernicious anaemia, which tends to be suggestive of a deficiency in B12 or iron.

The involvement of anaemia in hair greying has been put down to the role of iron in blood cells.

Because iron is responsible for carrying oxygen throughout the body, it is believed it may also play a key role in prolonging the production of hair pigment.

In 2017, the Indian Journal of Dermatology published a study conducted on 71 cases of premature hair greying, defined as hair greying at the age of 25 and over.

Patients’ records were retrieved, which provided details on several health parameters at the time that their hair started turning grey.

“Hypovitaminosis B12 and hypothyroidism showed significant association with the disorder, whereas anaemia, serum ferritin and fasting blood glucose did not,” noted the researchers.

Vitamin B12, found in meat, fortified cereals and dairy products is key for metabolism, DNA production and overall energy levels.

Researchers have often found vitamin B12 deficiency to be concurrent with folic acid and biotin deficiencies in people whose hair has started to turn grey early.

There is also evidence that thyroid hormones may help reverse greying caused by autoimmune diseases like Hashimoto’s.

The Mayo Clinic explains: “When your thyroid doesn’t produce enough hormones, the balance of chemical reactions in your body can be upset.

“There can be a number of causes, including autoimmune disease, hyperthyroidism treatments, radiation therapy, thyroid surgery and certain medications.”

These hormonal changes may also be responsible for white hair in patients with canities, experts suggest.