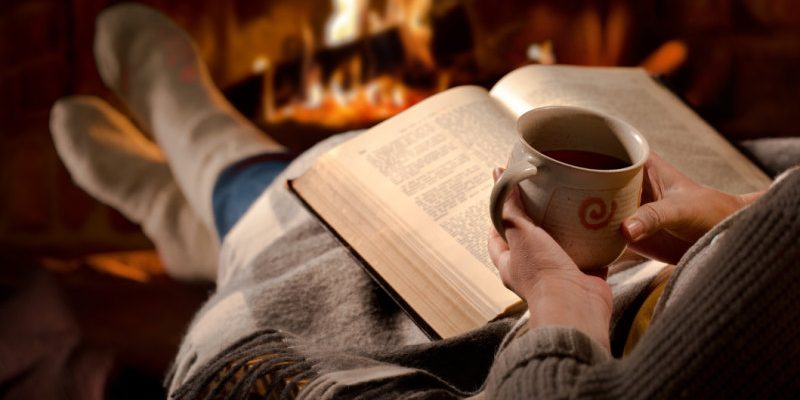 I was recently invited to a wellbeing event (sponsored by a gas company) in which the purpose was for a group of women to meditate in front of an open flame.

I couldn't make it but was sufficiently interested enough to find out what, exactly, are the wellbeing benefits of gazing into a flame and is it as goddess-in-the-full-moon-esque as I was imagining?

The health benefits of gazing into an open flame have been investigated before. A study by the University of Alabama in 2014 found that even watching a DVD of a roaring fire can help people relax. 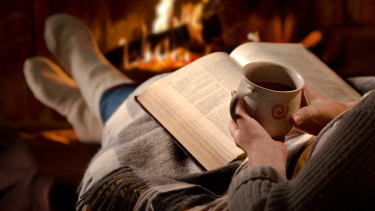 Turns out there’s much calm to be found when near a naked flame.Credit:Shutterstock

Dr Christopher Lynn, a medical and psychological anthropologist, carried out tests on hundreds of volunteers for the research to see how they would respond to virtual fires.

“Hearth and campfires are widely held to influence a relaxation effect. Although the importance of controlled fires in human evolution is indisputable, the relaxation aspect had remained uninvestigated," he told The Scotsman newspaper at the time.

“Fires are multisensory experiences that have numerous unexplored dimensions when considering human evolution."

In 2013 a Norwegian television company broadcast a crackling fire for 12 hours. The head of programming at the station called it "slow but noble television". In these busy times it's quite easy to see the appeal.

Psychologist Leanne Hall (and who was involved in the Natural Gas meditation event) says research backs the idea that sitting near a naked flame induces feelings of calm and puts us at ease. She says anxiety is the most common reason people come to see her and that modern day stress has become something of an epidemic.

"[I]n our modern society many of us are overscheduled, overcommitted and struggling to keep up with the demands of modern life. In fact, Aussies are more stressed than ever with 1 in 3 people admitting they have a significant amount of stress in their lives, with this figure set to steadily rise," she says, noting that stress has numerous physical and mental impacts on our wellbeing.

Enter: meditating in front of an open flame.

"[B]eing near a flame daily will have more long-time effects in reducing anxiety and stress," says Hall.

"Watching a naked flame connects us with nature, which as Australian research suggests – reduces stress, helping us to feel more relaxed and calm … The heat from the flame also increases blood flow, providing anti-inflammatory effects and generally contributes to a feeling of warmth and comfort, both physically and emotionally. Its hypnotic effects also mean that it’s the perfect way to stimulate deeper relaxation through meditation."

So how much time do you need to spend near a naked flame in order to reap the benefits? Hall says as little as 15 minutes a day will do the trick. "Having said that, ideally the aim should be to stay for as long as it takes for your breathing to regulate, and a sense of 'calm' is achieved," says Leanne Hall.

"If you choose to combine this experience with some breathing exercises or meditation practices, then you will naturally notice results sooner," she says. Wait, is the benefit of fireside meditation more about the fire or the meditation itself? Hall says they feed into each other.

"If you are going to meditate by a flame, this will produce a 'double' relaxation effect by allowing us to enjoy the benefits of meditation, plus a multi-sensory focus from the flame, bringing us closer to nature. A flame actually has a real hypnotic visual element which can work like an anchor to the present moment – a great tool for mindfulness," she says.

If you don’t have a wood-burning fireplace to  hand you can use a log fire, BBQ or outdoor heater to get the same effect. Hall says it's mostly about trying to incorporate more nature into your every day, too. She says doing things like adding more indoor plants to your home or build an outdoor firepit can help to "ground us."

Or if none of these suit you could tune into the crackling fire genre on Youtube (thousands of people already have)  and just sit still for a moment.