It had never occurred to Amy Fournier that her two daughters, Madeline and Allison, might have trouble seeing. But when Allison was four and when Madeline was in the second grade, each of the girl’s vision issues became obvious.

It definitely came as a surprise, though. Madeline had passed annual vision exams at school and at the pediatrician’s office with flying colors, and Allison was still so young. But visits to an eye doctor’s office revealed that both of Fournier’s daughters struggled to see—Madeline is nearsighted (anything far away is tough for her to see), and Allison is farsighted (so close-up objects, like books, are blurry). And these vision issues had an impact on the girls’ day-to-day lives: Madeline spent recess alone with a book instead of playing with friends she couldn’t see from yards away. Meanwhile, Allison was frustrated and impatient when it was time to sit at her preschool desk and color or fill in worksheets.

“They couldn’t express it, because they didn’t know life could be different.”

Neither of them mentioned a problem to their parents.

“They couldn’t express it, because they didn’t know life could be different,” Fournier says. Both times she found out her daughters needed glasses, Fournier felt ashamed, guilty, and worried she’d been a bad mom. “I’m their mother—how could I not see this?” she wondered. “Was I too busy to not notice them struggling?”

But in fact, it’s super common for parents to miss kids’ vision issues, according to Mary Anne Murphy, OD, a VSP network eye doctor who also serves on the VSP Global Board of Directors. “For a lot of vision issues, there aren’t any outward signs, so it can be really tricky,” she says.

Despite being nearsighted, Madeline passed the annual vision screenings at school, as well as the one at the pediatrician’s office. Her secret: She’d memorized the eye chart. 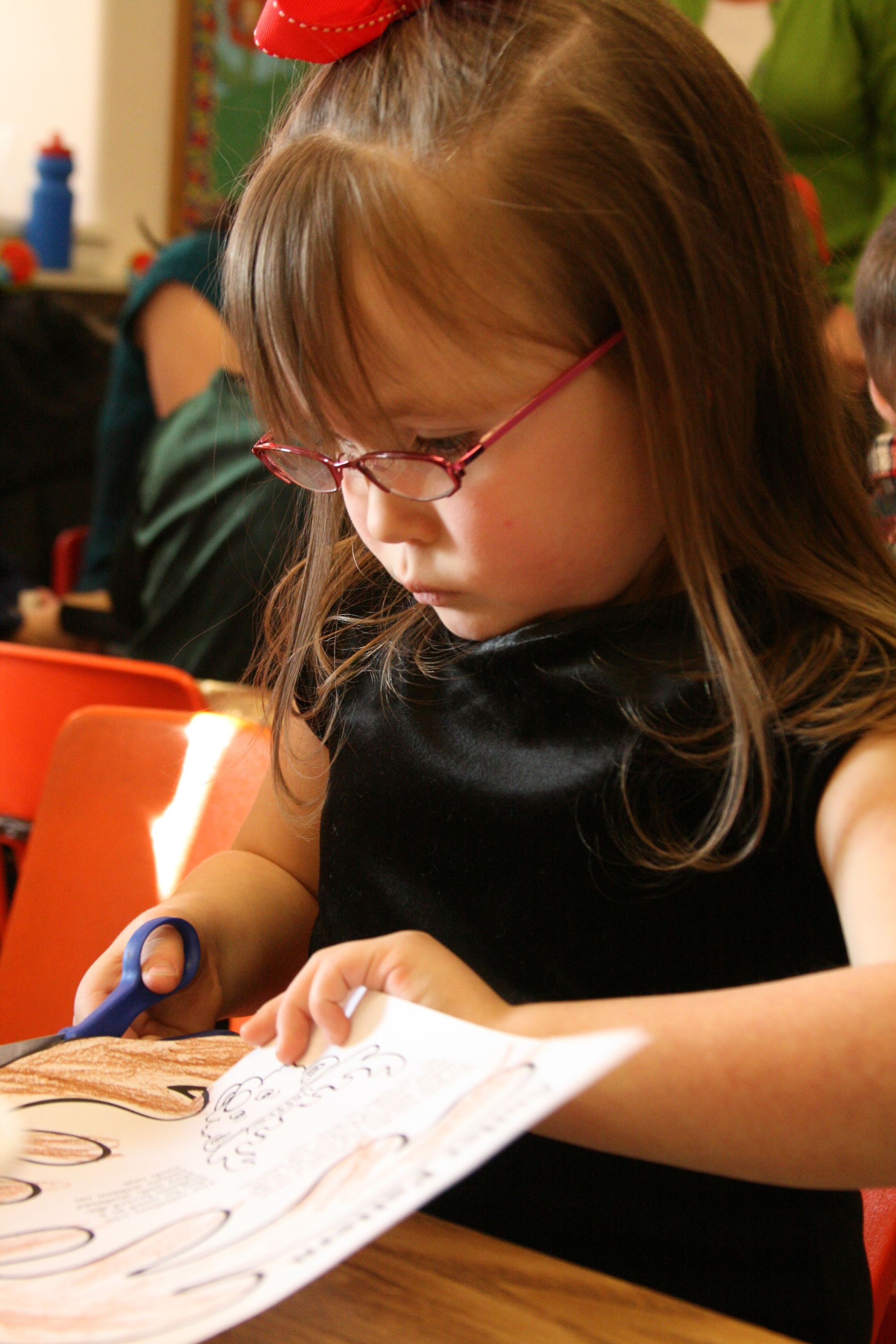 “She’s very much a perfectionist,” says Fournier—so of course she wanted to ace the test. And really, Fournier points out, doing so is easy: “All you have to do is listen to the other kids reading off the chart because they’re all standing in a line.”

That’s just one—of many—flaws of relying on the school or pediatrician’s eye chart to check your child’s vision, Dr. Murphy says. “Like most screenings, it’s designed to catch the significant outliers,” she says. That is, it’ll reveal cases of really bad vision, but won’t tell you anything about a child’s eye health or binocular function (how their eyes work together).

“The longer a child’s vision goes uncorrected, the more it’s going to affect them developmentally.”

Another reason the eye chart isn’t super helpful: It won’t pick up on the mild to moderate cases of farsightedness. It was Allison’s preschool teacher who recommended checking her vision, after noticing the child’s inability to recognize letters she knew on worksheets. At home, Allison never colored within the lines (another signal that close-up projects were hard for her), but Fournier chalked it up to her young age. “She’s four—of course she’s not coloring in the lines,” Fournier recalls thinking.

A trip to the eye doctor revealed that Allison was farsighted and needed reading glasses.

Getting your eyes checked at an eye doctor is different.

At most eye doctors’ offices, the eye chart isn’t a printout, so the letters can be randomized to prevent memorization. Further, in the eye doctor’s office, the exam is more comprehensive, Dr. Murphy adds.

At the eye doctor’s office, the eye chart letters can be randomized to prevent memorization.

During a typical visit, she says, the eye doctor will get a full case history, inquiring about a child’s hand-eye coordination to noting any family history of eye disease, and perform several tests to get a comprehensive picture of a kid’s eye health. One of those tests is a retinoscopy, which allows eye doctors to objectively measure a patient’s vision—no chart reading required, says Dr. Murphy.

Being able to see clearly was transformative.

Suddenly, after Allison’s diagnosis, Fournier’s active, outdoor-loving girl had other interests, as well. “Allison learned how to read quite quickly after she got her glasses,” says Fournier. Now, she enjoys painting as well as creating digital cartoons. “If we hadn’t caught it early, that interest wouldn’t have been built,” Fournier says.

Like Allison, Madeline blossomed once she got glasses. During recess, “she could join in with games of playing tag, kickball, all that kind of stuff,” Fournier says. Now, she’s on the track team, running long distances, and has also performed plays with the local community theater. “I don’t think she would have been brave enough [before glasses],” Fournier says.

How parents can catch eye issues early on 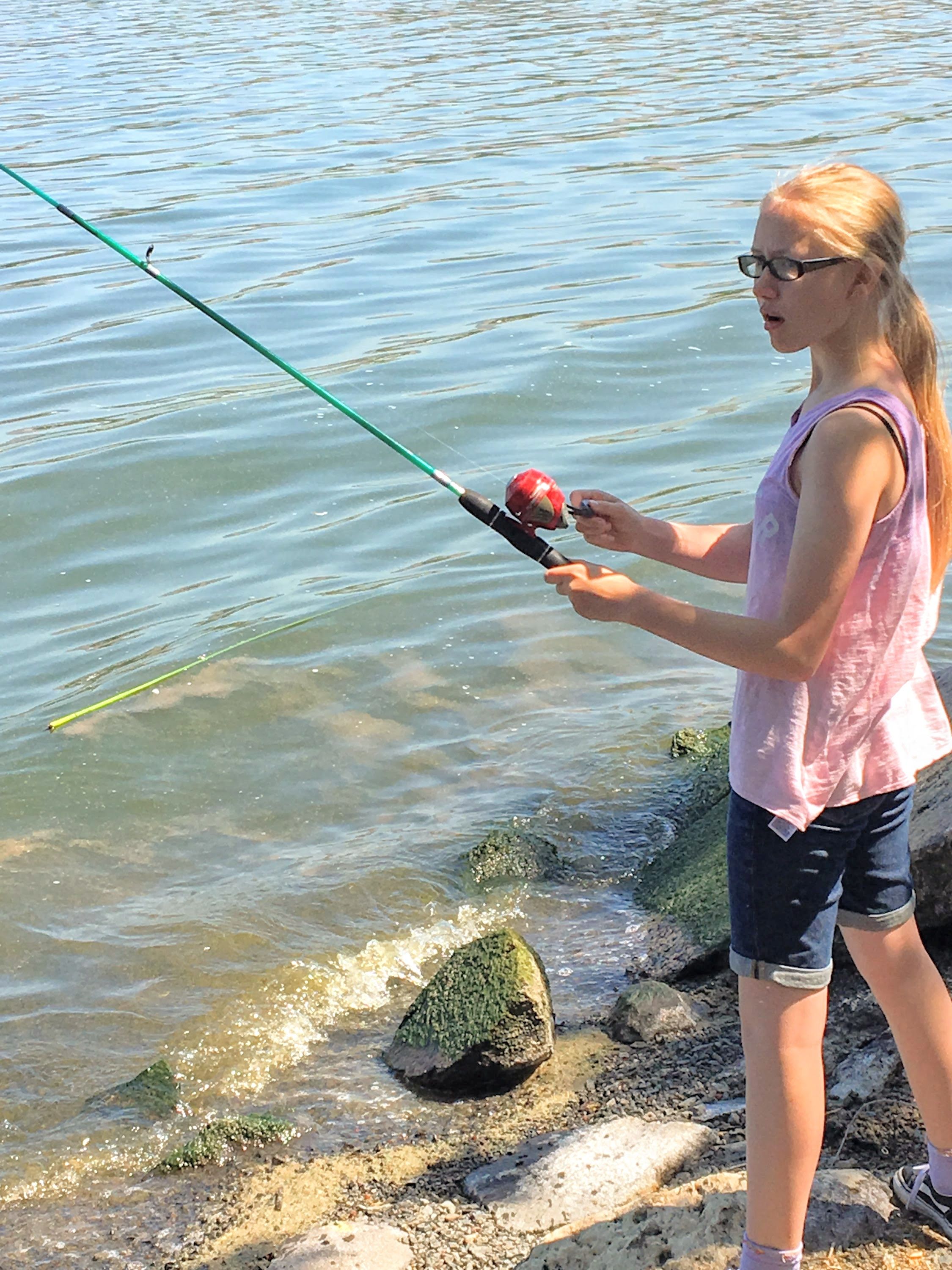 There are a few telltale signs of vision issues that parents should know, says Dr. Murphy. For instance, watch for eye rubbing. It could be due to allergies or fatigue, she says, so it’s often misinterpreted. But it can also signal a vision problem.

Squinting is another tipoff—but only in bigger kids, over age five or six, since it takes kids a while to realize squinting helps clear up their vision, Dr. Murphy says.

“The majority of times, parents don’t detect those symptoms because there aren’t any to see,” says Dr. Murphy.

A parent’s best strategy, she says, is to go to annual visits at the eye doctor, establishing a baseline for your child’s vision, she says. That way, you won’t have to wonder how long a problem has been going on. You’ll know it has only been present for less than a year—since your child’s last annual eye exam.

Plus, untreated vision problems have a ripple effect, she notes. “The longer a child’s vision goes uncorrected, the more it’s going to affect them developmentally—school, their ability to read, the way they process the world,” Dr. Murphy notes.

Catching vision problems early on makes a big difference. When Fournier talks with moms who’ve had a similar experience of feeling guilty for not realizing their kids had trouble seeing, she tells them it’s OK to feel upset, embarrassed, or sad. “But be grateful that you caught it, and of course you love your kids because you’re taking them to the eye doctor now and you’re getting them glasses now.”

Need vision coverage for you and your family? Sign up for VSP Vision Care, then find a doctor near you. To get the most out of your vision benefits, choose an eye doctor who participates in the Premier Program.