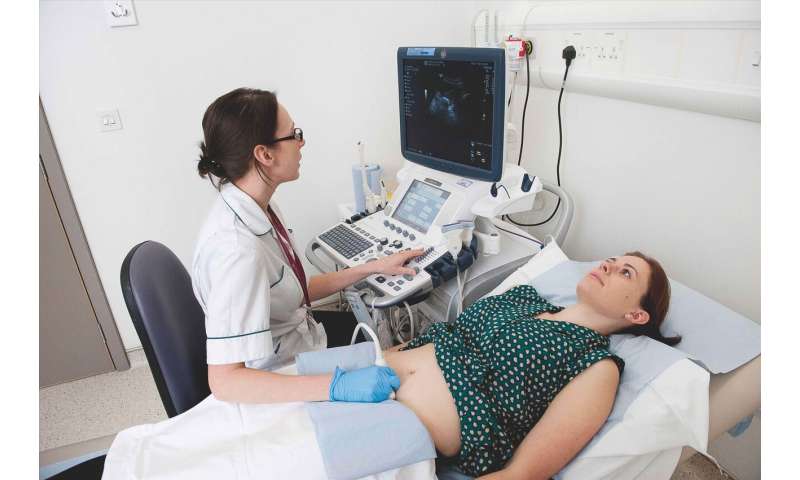 A new study of ultrasound departments shows that continuous personnel changes are a major cause of the now serious shortage of ultrasound staff in the NHS. This shortage has led to delays in diagnosis and cancellations of operations. The work is presented at the UK Imaging and Oncology Congress in Liverpool.

“We have actually asked ultrasound departments what is leading to the bottleneck, and answer is clear: lack of stability within the departments means that expertise is lost and training can’t take place. Couple this with a general shortage of money, fewer people entering the discipline, and pressure to meet targets with declining workforce means that many NHS ultrasound departments are stretched very close to breaking point,” said lead researcher Associate Professor Paul Miller (University of Cumbria).

Ultrasound is routinely used within the NHS for a variety of imaging tests, such as during pregnancy and for cancer screening. The demand for ultrasound has risen from around 4m per year in 1996 to around 10m per year currently, but there is a serious shortage of UK ultrasound staff (sonographers). A 2014 survey from the Society of Radiographers said that 18.1 percent of sonography vacancies were unfilled, and the Government’s Migration Advisory Committee lists sonography on the Shortage Occupation List.

Paul Miller said “Until now, people have largely worked on the basis that “Understaffing is understaffing,” and that filling vacant positions would solve any problems. What we have found is that, aside from ultrasound positions not being filled, there are structural problems which simply introducing new personnel won’t overcome. For example, as workloads increase there is greater pressure for senior personnel to take early retirement.

New people come in and do well and then they move on: they move because they can find better positions, which means that some departments do well but most have problems. This means that these departments have to buy in temporary sonographers, which is expensive but which also chips away at the sense that you can build working relationships and personal friendships within the department. What this means is that there is little room for training, mentoring or for developing the culture of trust which you need in such things as cancer imaging. The discipline has just become less attractive.”

The interviews revealed comments such as.

“Some of the staff are now a little bit wary of training people with [working] stipulations that are unrealistic in a modern NHS. They would have been fine ten years ago, maybe, when the requirements on services weren’t the same.”

And talking of staff insecurity: “Well, the whole thing, it’s disruptive to all the staff, they don’t feel secure in their positions.”

The team found that the general shortage of radiographers (with 1 in 11 posts unfilled) had a significant impact on sonography recruitment. “Traditionally sonographers first train as general radiographers, but shortages in that pool means there are fewer qualified radiographers to move into sonography. We also found that working with ultrasound was seen as less ‘sexy’ than more hi-tech techniques such as MRI, and there is a lack of career structure which inhibits younger people wanting to train as sonographers. Larger urban hospitals manage to avoid recruitment problems, but medium to small hospitals suffer,” said Dr. Miller. He concluded:

“Understanding the human aspects of understaffing for the staff can help underpin more tailored interventions; it’s not enough to simply assert that we globally “need more sonographers—even though that’s clearly true. Shortage causes anxiety in itself, but rapid staffing turnover causes more.”

Commenting, Nigel Thomson of the Society and College of Radiographers said: