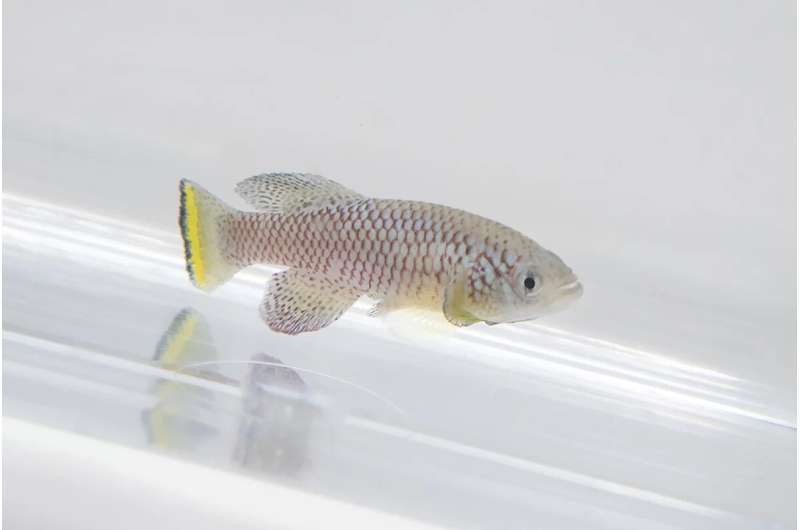 As we age, our immune system works less well. We become more susceptible to infections and vaccinations no longer work as effectively. A research team led by Dario Riccardo Valenzano investigated whether short-lived killifish undergo aging of the immune system. Indeed, they found that already at four months of age, killifish have less diverse circulating antibodies compared to younger fish, which may contribute to a generalized decrease in the immune function.

The immune system must constantly respond to new attacks from pathogens and remember them in order to be protected during the next infection. For this purpose, B cells build an information repository and produce a variety of antibodies that can directly recognize the pathogens.

“We wanted to know about the antibody repertoire in old age,” explains Dario Riccardo Valenzano, who led the study. “It is difficult to study a human being’s immune system over his or her entire life, because humans live a very long time. Moreover, in humans you can only study the antibodies in peripheral blood, as it is problematic to get samples from other tissues. For this reason, we used the killifish. It is very short-lived and we can get probes from different tissues.”

Killifishes are the shortest-lived vertebrates that can be kept in the laboratory. They live for only three to four months, age in a time-lapse and have become the focus of aging research in recent years due to these characteristics.

The researchers were able to characterize with high accuracy all the antibodies that killifish produce. They found that older killifish have different types of antibodies in their blood than younger fish. They also had a lower diversity of antibodies throughout their bodies.