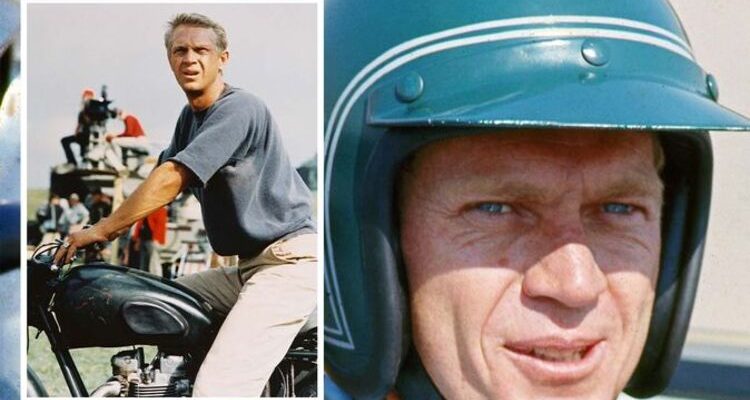 McQueen’s legacy in film, although tremendous, was cut short by the onset of mesothelioma – cancer in the cells lining the majority of his internal organs. The Great Escape actor, who was the highest-paid movie star in the world, was killed by the disease at the age of 50 despite trying to do everything he could to escape it.

Two years before his death, McQueen developed a persistent cough.

He tried antibiotics and quit smoking but over time his symptoms of the condition worsened.

It was in December 1979 that a biopsy revealed the condition that was associated with asbestos exposure.

Often it can take anywhere from 10 to 50 years after asbestos exposure before the cancer symptoms can start to show up, explains Mesothelioma.com.

Asbestos was widely used as an insulator, and was often added to things like cloth, paper, cement and plastic to make them stronger.

But if the chemical is inhaled, it becomes permanently trapped in the body. Over decades, this causes inflammation, scarring and DNA damage.

McQueen believed it was the asbestos in the insulation used on the stages of movie sets, as well as in the protective suits worn by racing car drivers, that was responsible for his condition.

The actor was a stunt driver in many films such as Le Mans, and off-stage was a race-car enthusiast.

He also served in the U.S. Marines from 1947 to 1950 and spent time onboard naval ships and in shipyards.

Mesothelioma.com explained: “It is likely he was exposed to asbestos during this time in the military.”

Patients with the condition tend to only survive about 18 months after their diagnosis. By February 1980, the condition had spread throughout McQueen’s body.

Although his organs were surrounded by the condition, that didn’t stop ‘The Cooler King’ at least trying to escape the condition.

He travelled to Mexico for some unconventional therapy involving coffee enemas, shampoo, a strict diet and vitamins and minerals from a man named William Donald Kelley.

And McQueen even underwent an operation to remove a tumour weighing five pounds – a month before his death.

It’s reported that doctors had warned him that the tumour was inoperable and that his heart would likely not make it through the ordeal.

McQueen died a month after from heart failure at the clinic – shortly after another surgery to extract tumours from his neck and abdomen.

The condition mesothelioma is less common than many other cancer types in the UK with around 2,700 new cases per year.

Although it is incurable, its symptoms can be treated using chemotherapy, radiotherapy and surgery.

Chemotherapy may help to shrink the mesothelioma cancer, and radiotherapy helps keep it under control. However, the NHS states “it’s not clear whether surgery is helpful”.

The symptoms of mesothelioma, according to the NHS are: