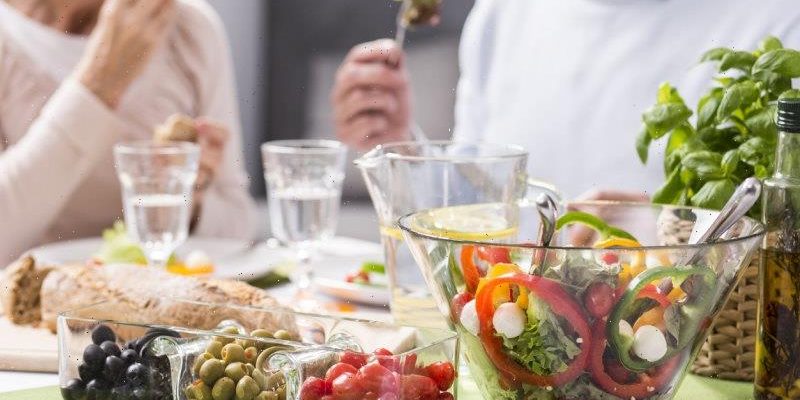 When a person reaches a certain age, it’s understandable to assume our health is going in one direction – and it’s almost certainly not a positive one. The route to old age seems carpeted with misery and indignity: heart disease, joint issues, cognitive problems. We go into “decline”.

But a growing body of research is cheerfully proving this doesn’t have to be the case. We can halt, or even reverse the descent into decrepitude. A major study this week suggests that switching to a healthier diet even in your sunset years can add a decade to your life expectancy. And you don’t have to go vegan to achieve it. 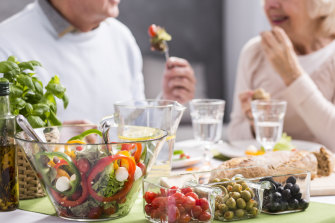 One expert says that eating all your meals in an eight-hour window lowers blood sugar and lessens ageing inflammation.Credit:iStock

According to scientists at the University of Bergen in Norway, ditching an “average” diet – one that is high in processed foods, particularly red and processed meats – for an “optimal” diet high in grains, legumes and nuts, at the age of 60, can add almost 10 years to your life. Even making the switch at the age of 80 can add on an extra three years, the researchers found.

So even if you’ve been living a highly processed life, one with very few greens, it might not be too late to make a change. “It’s tricky to advise people exactly what to do during which decade [of life], as we vary so much in our backgrounds and general health,” says Rose Ann Kenny, professor of medical gerontology at Trinity College Dublin, and author of Age Proof: The New Science of Living a Longer and Healthier Life . “But you can beat your chronological age with behaviours that keep you biologically young.”

Here, then, are six things you can do today, in your 60s, to slow the ageing process.

“A host of studies confirm the health benefits of a Mediterranean diet of wholegrains, fruits, vegetables, seafood, beans, nuts and olive oil – with no sugar or saturated foods,” says Kenny. While she says there is not enough evidence that vegans outlive vegetarians, let alone carnivores, she agrees that one of the best things we can do to live longer is reduce or cut out red and processed meat.

“Processed meat, such as sausages and bacon, has been repeatedly shown to lead to faster ageing,” she says. Research from China suggests these foods are leading causes of cardiovascular disease, cancer, respiratory disease and neurodegenerative disease, and that increasing total red and processed meat intake by 3.5 servings a week or more over an eight-year period is associated with a 10 per cent higher risk of death in the next eight years.

Processed meats can also interrupt the sleep pattern, as they contain high levels of tyramine, an amino acid which triggers brain alertness.

However, eating fatty fish such as salmon, tuna or sardines – a key part of the Mediterranean diet – are said to help prevent dementia, prostate cancer and age-related vision loss.

Kenny is a fan of calorie-restrictive dieting: lowering the number of calories you consume in a 24-hour period. But she’s also a fan of time-restrictive eating, too. “Eating all your meals in an eight-hour window lowers blood sugar and lessens ageing inflammation,” says Kenny. A study published in the International Journal of Environmental Research and Public Health, into how post-menopausal women respond to time-restricted eating, showed those who abstained from food for 16 hours, or from 8pm until noon the following day, showed a small improvement in body weight (1.3 kilograms) and fat mass, compared with the control group.

Studies of the microbiome – the bacteria and other microbes that live in our gut – show it is crucial to our immune system, heart and weight. “Research shows that it’s possible to shift the diversity of gut microbiome within 72 hours of changing our nutritional habits, and you can do this at any age,” says Kenny. “Aim for a plate of highly-coloured food: raspberries, grapes, and pickled foods such as sauerkraut or kimchi.”

“Cutting your alcohol intake will keep you younger both acutely – too much disrupts your sleep and lowers your mood – but also protect you from more chronic cellular changes that could lead to cancer, or affect your muscles and disrupt your balance,” says Prof Kenny.

There’s no need to go teetotal, however: “Health behavioural studies have shown the benefits of moderate drinking of red wine – no more than two glasses a day – and only with a friend. Never drink alone, or you may find yourself consuming more.” But do your best to stick to government guidelines of no more than 14 units a week, spread over a few days, with two or three consecutive alcohol-free days.

It’s never too late to get fitter

When it comes to reducing the risk of an early death, getting active in midlife could be as good for you as starting young, according to a 2019 study by National Cancer Institute in the US. However, the benefits decline once you stop exercising.

“If you maintain an active lifestyle or participate in some sort of exercise over this window of time [from youth to middle-age], you can extend your life expectancy,” says Dr Pedro Saint-Maurice, lead author of the research from the National Cancer Institute in the US.

The type of exercise you do is also important, however. “Most people know the benefits of aerobic exercise, but resistance exercise (with weights) is just as important in keeping bones and muscles strong,” says Kenny.

Research from Australia and Nigeria has shown that spending just three seconds a day on an “eccentric” bicep curl – slowly extending a free weight down below your waist – can lead to significant strength improvements.

When it comes to aerobic exercise, aim for more than 150 minutes a week. Brisk walking is perfect – and, says Kenny, “never sit still for more than 45 minutes at a time”.

As we age, our sleep pattern changes. Our nights are more disrupted, we sleep for shorter periods, and wake up earlier. It’s not surprising then, that we feel the urge to take more naps. “It’s fine to take a nap for a maximum of 20 minutes, but never after 3pm or it will disrupt your circadian rhythm,” says Kenny. “This will sap your energy, and make you feel far older.” Sleep deprivation is entirely reversible: have a run of good nights, and your wellbeing will return.