Illustrator Sacha Mardou had her doubts about going to therapy. She thought therapy was for people with “real problems,” and she didn’t really see how paying a stranger to hear her talk about traumas and hurts from her childhood would help.

But as she turned 40 and released her first graphic novel, she found herself heading toward a mid-life crisis ― and she feared she wasn’t being present or in the moment with her husband or young daughter.

So with lots of hesitation, she booked an appointment.

“At that point, I was out of options,” the native of Great Britain who lives in St. Louis, told HuffPost. “Though my life now was wonderful on the surface ― a happy marriage, a healthy daughter and financial stability ― I wasn’t actually enjoying it.”

“With therapy, I wanted to learn how to live happily in the moment, especially when it felt like the external world was becoming more unstable and unpredictable with the Trump presidency,” she added.

Now, Mardou swears by therapy ― and she’s even created a new comic series chronicling her early days and current experiences in therapy. Her hope is that it inspires others with reservations to consider their mental health options.

In therapy, the comic version of Mardou works through lingering issues with her mom (scroll through the Instagram slides):

She can now even “self-therapy” herself into shape when she starts to feel anxious or overwhelmed:

In real life, Mardou says she’s a much more aware, present parent, all thanks to therapy.

“My relationship with my daughter improved. She’s dealing with the real ‘me’, not a distracted, anxious part of me,” she said. “Therapy isn’t a quick fix. Every day I still check-in with the parts of myself (‘a part of me feels confused and hurt’ or ‘this part’s worried about XYZ’) but I know how to help those parts of myself outside of the therapy hour.”

Her relationship with herself has improved a whole lot, too. She’s kinder and gentler with herself ― something she credits to a poignant thing her therapist told her during a session.

“Some early childhood trauma had surfaced for me that day and he said, ‘You should love those hurt parts of yourself with the same fierce love you give your daughter.’ That’s how you heal the past. It was so powerful, I’ve never forgotten it.”

Scroll down to see how Mardou’s therapy journey began and follow her on Instagram and on her official site to see updated comics on therapy. 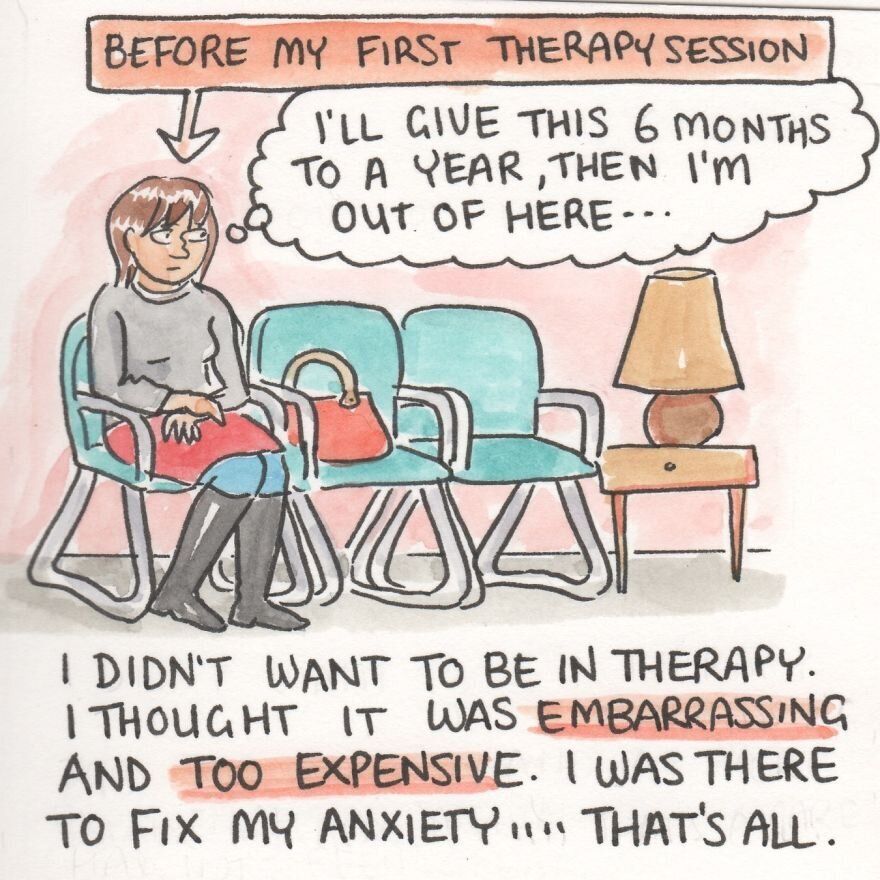 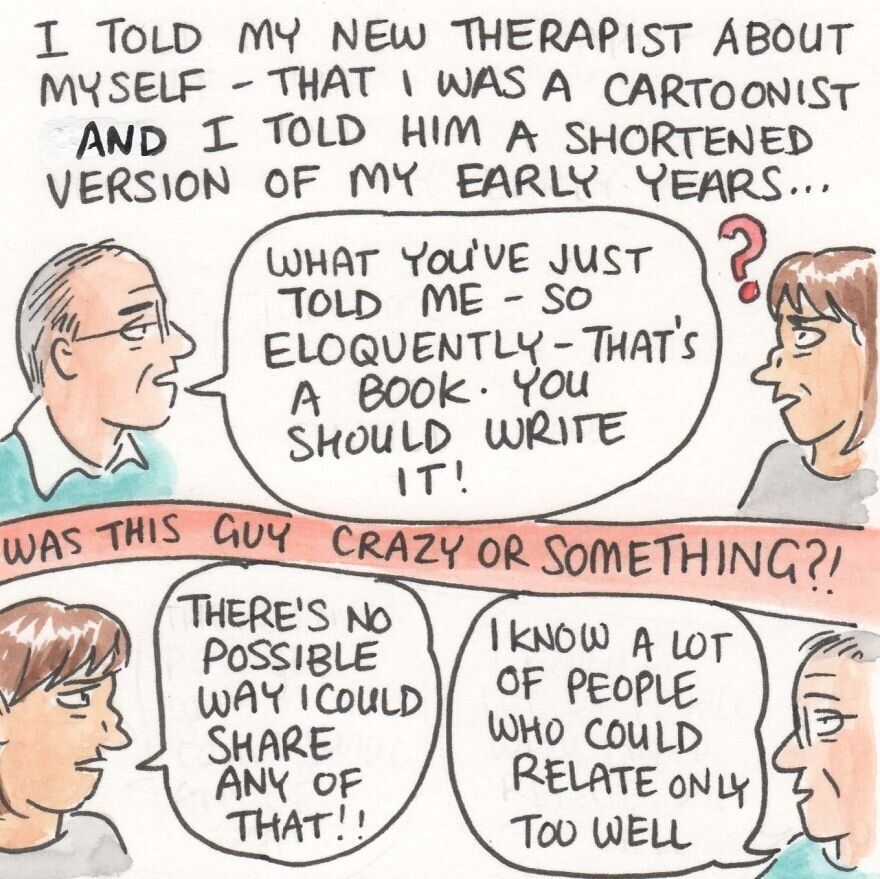 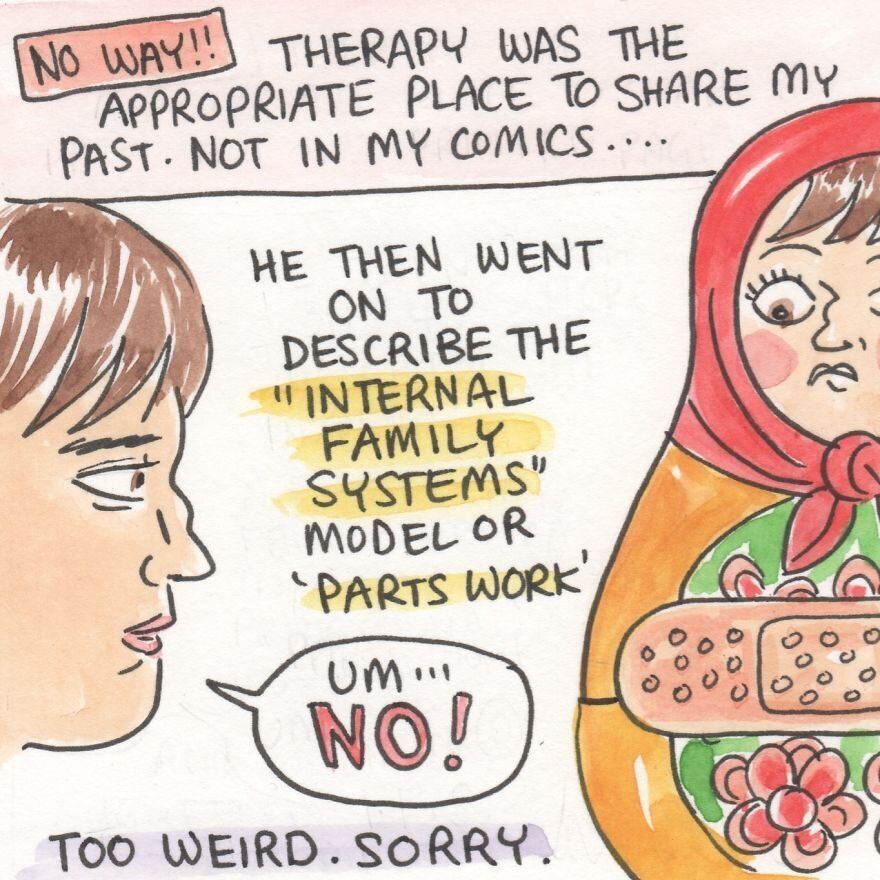 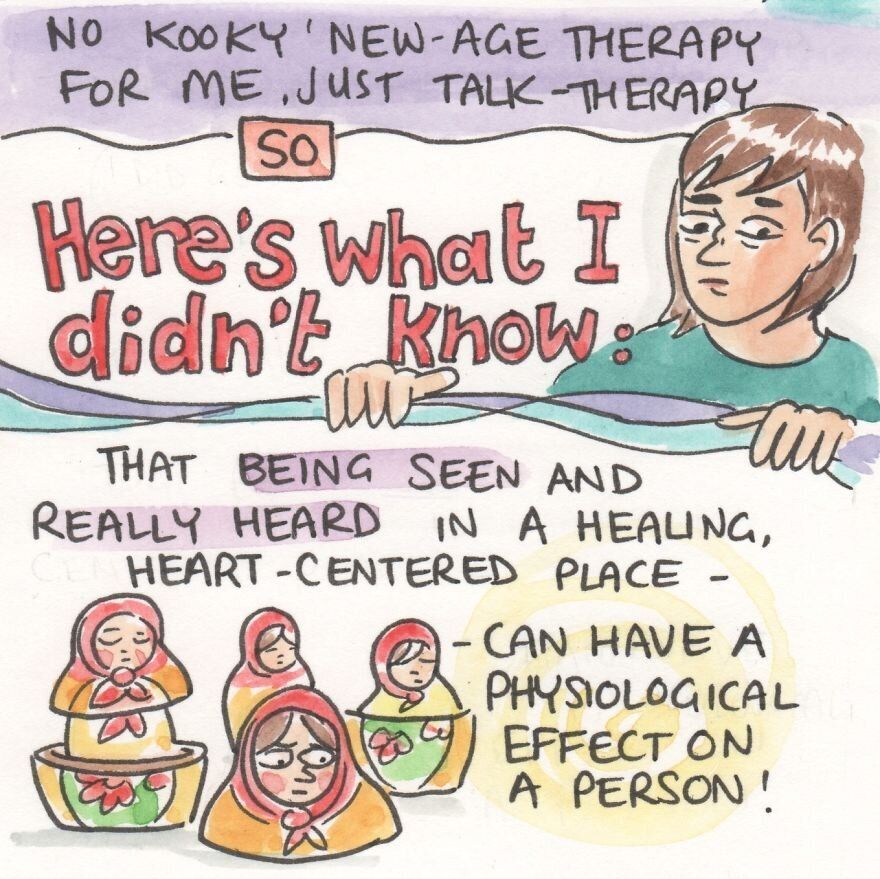 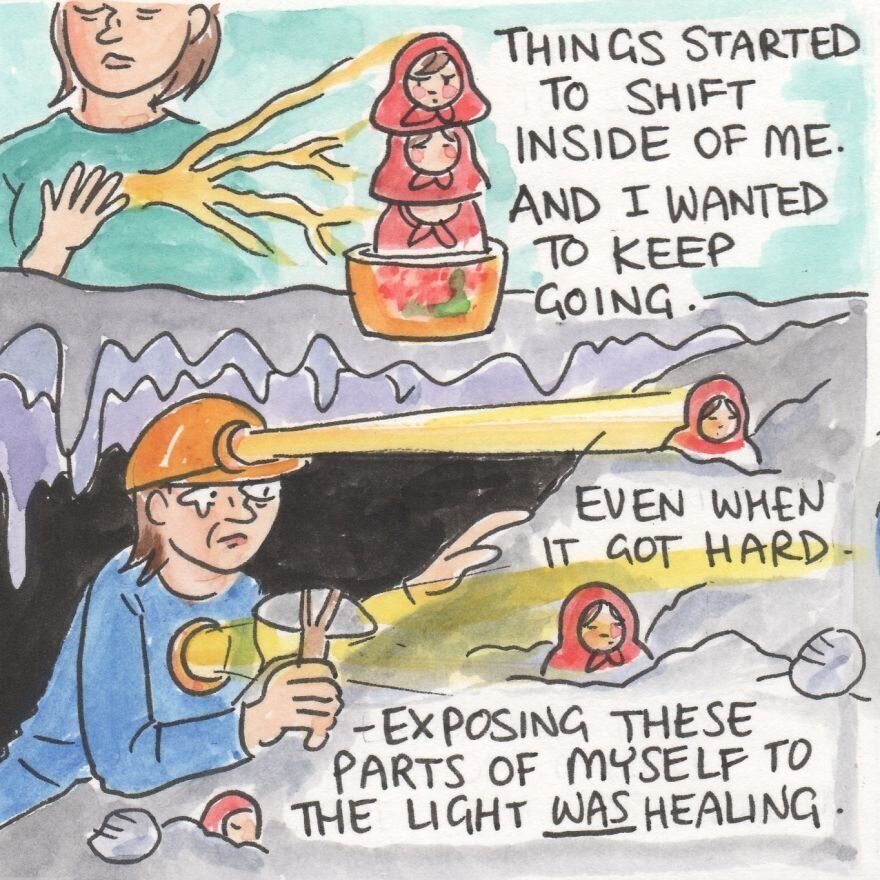 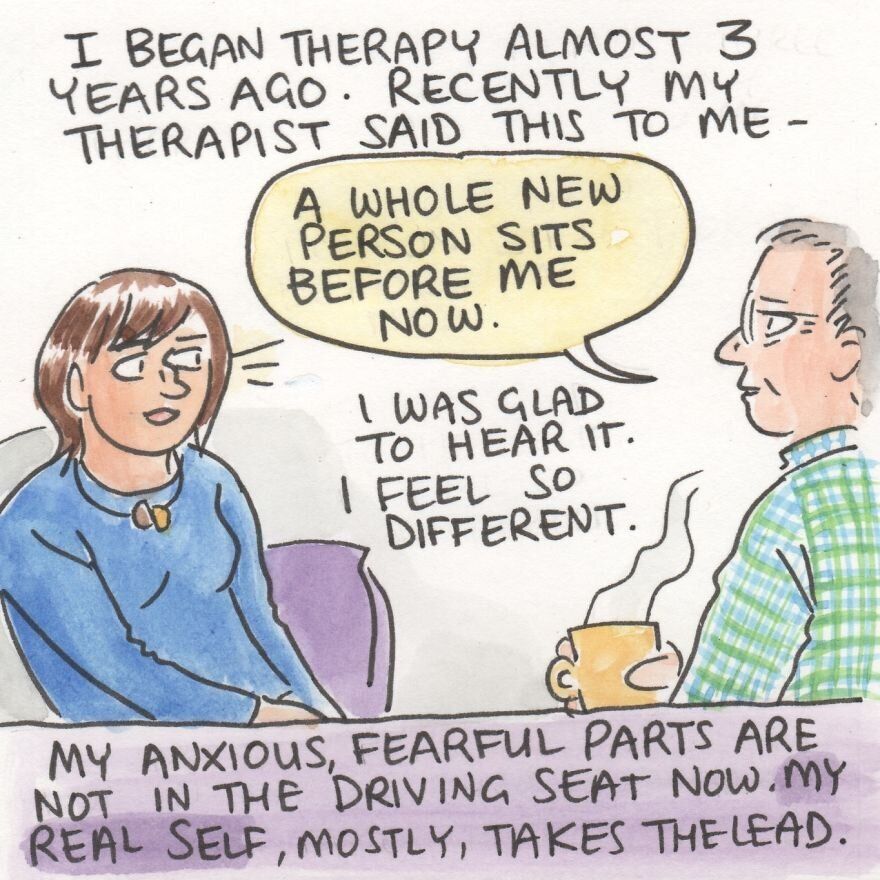 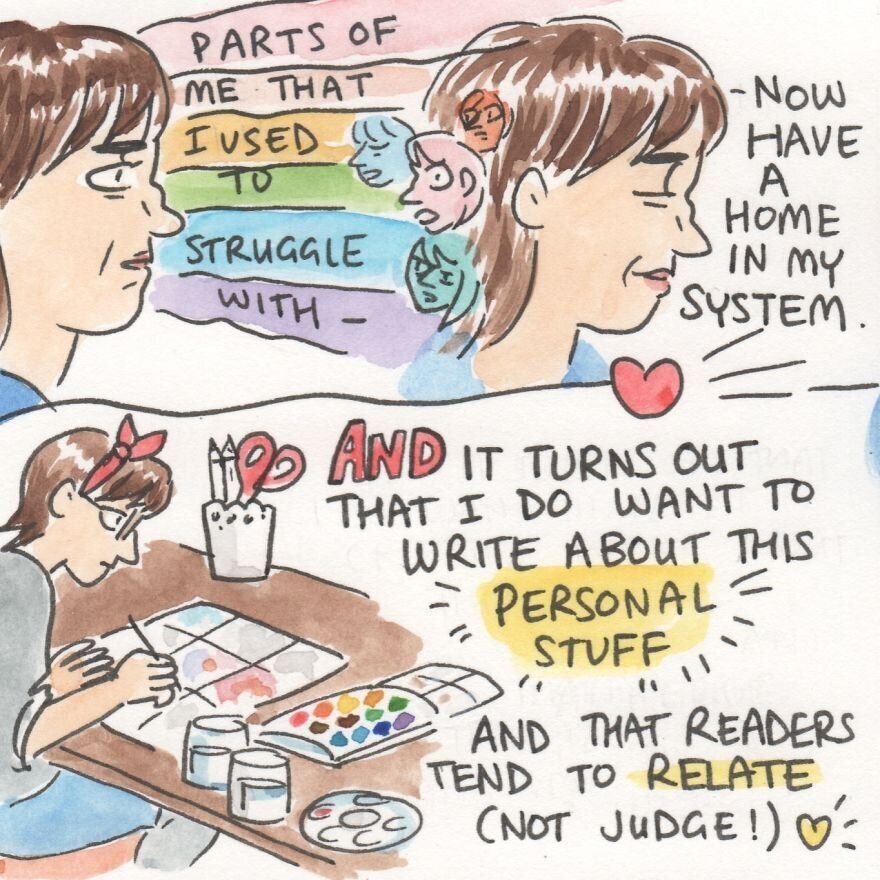 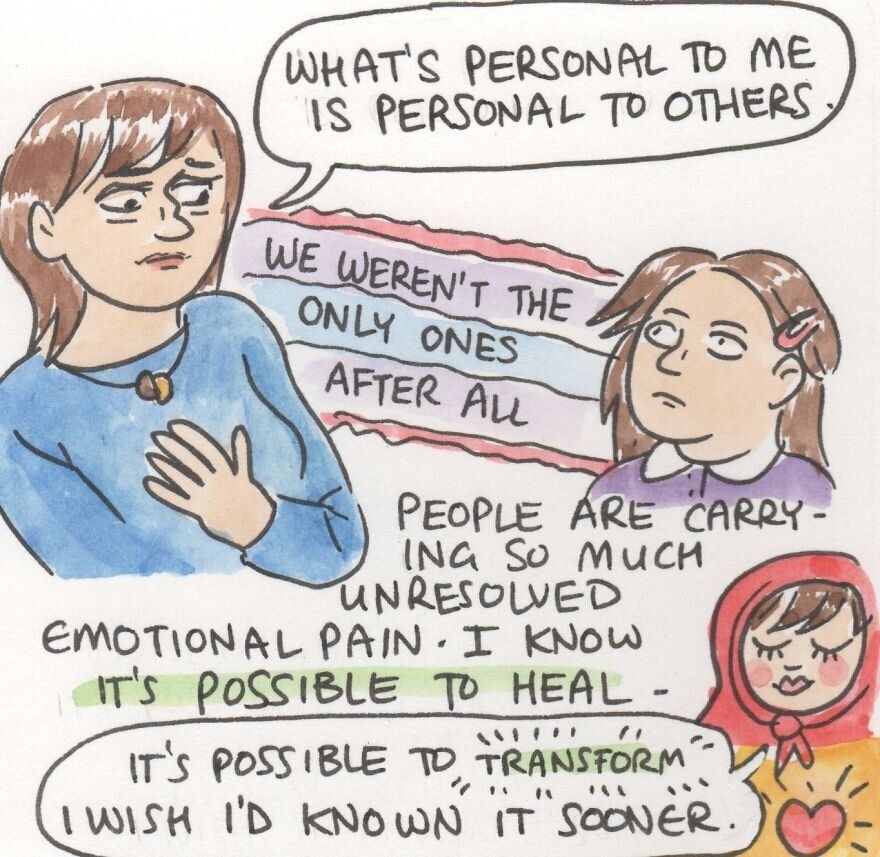 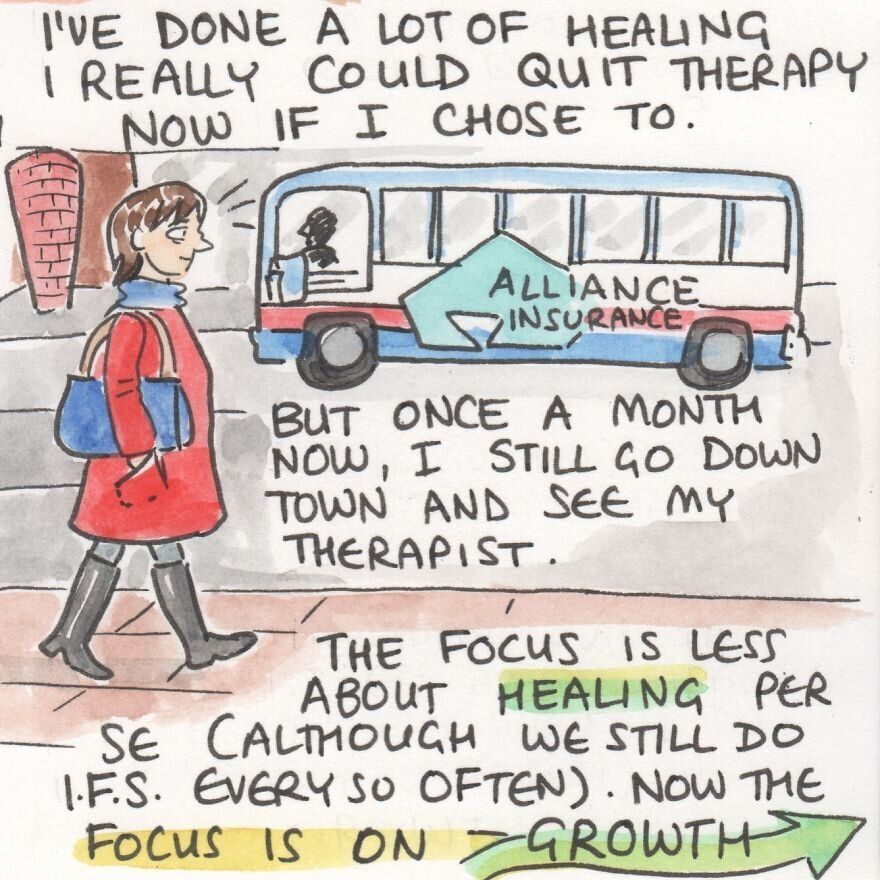 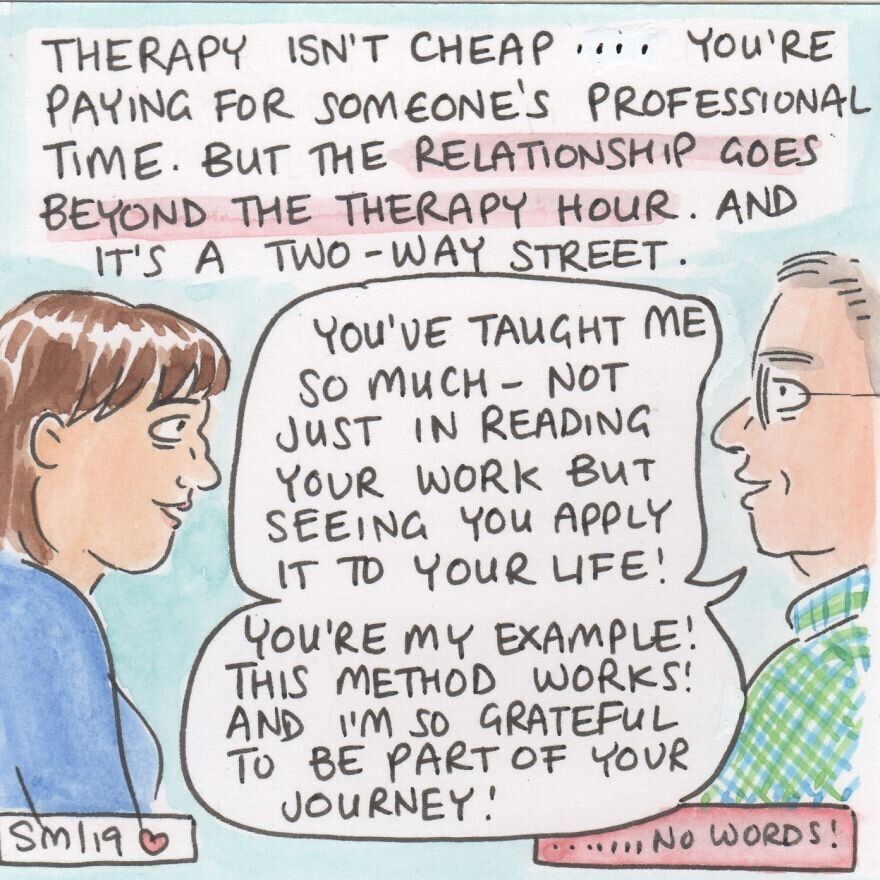