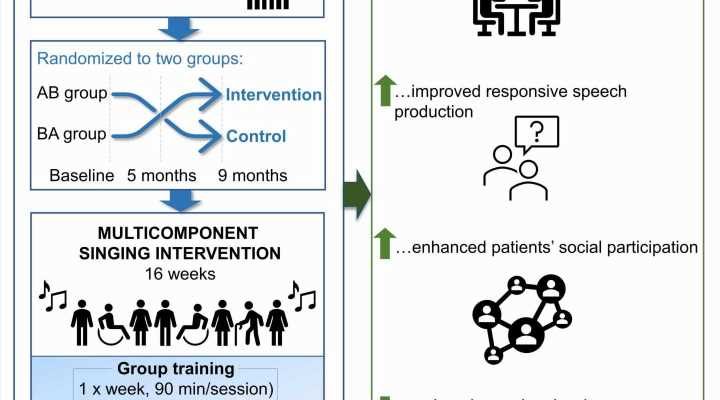 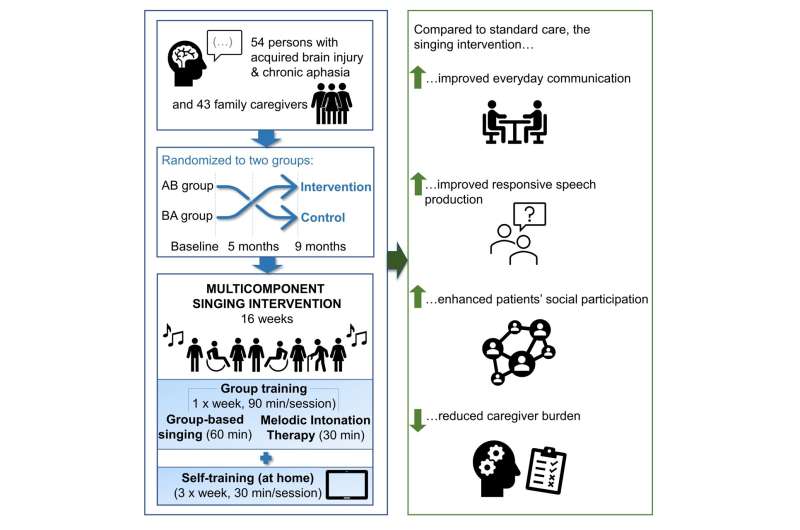 Approximately 40% of stroke survivors experience aphasia, a difficulty with comprehending or producing spoken or written language caused by a cerebrovascular accident. In half of these cases the language impairment still persists one year post-stroke. Aphasia has wide-ranging effects on the ability to function and quality of life of stroke survivors and easily leads to social isolation.

According to a recent study conducted at the University of Helsinki, singing-based group rehabilitation can support communication and speech production of patients and increase social activity even at the chronic phase of stroke. The burden experienced among the family caregivers participating in the study also decreased notably.

“Our study is the first where caregivers participated in rehabilitation and their psychological well-being was evaluated,” says Postdoctoral Researcher Sini-Tuuli Siponkoski.

The findings are published in the journal Brain Communications.

Versatile use of music supports recovery

Previous research has established that the ability to sing can be retained even in severe aphasia. However, the use of singing, especially choral singing, in aphasia rehabilitation has not been widely studied.

In the study, rehabilitation sessions were led by a trained music therapist and a trained choir conductor.

In addition to speech therapy, melodic intonation therapy has been used to some extent in aphasia rehabilitation. Therapy has typically been implemented as individual therapy, requiring a great deal of resources.

According to the researchers, singing-based group rehabilitation should be utilized in health care as part of aphasia rehabilitation.

“In addition to training in speech production, group-based rehabilitation provides an excellent opportunity for peer support both for the patients and their families,” says Sini-Tuuli Siponkoski.