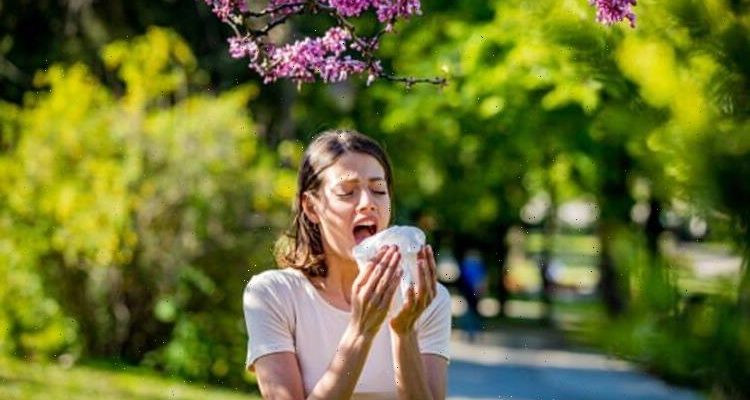 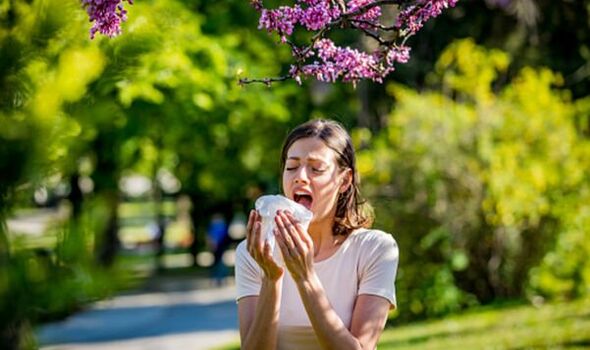 It’s that dreaded reaction to pollen from grass, trees and some weeds that so many of us know only too well during the early spring and summer months. Birch pollen appears as early as late February and grass pollen follows from mid-May to as late as August.

According to the charity Allergy UK, 25 percent of adults in Britain have hay fever, causing symptoms including itchy eyes and throat, sneezing, a blocked or runny nose, watering red eyes and headaches.

But today, immunologist Dr Jenna Macciochi reckons sufferers don’t have to sneeze, itch and bear hay fever if they follow her advice. There isn’t a cure, but making changes to your lifestyle before the hay fever season even begins will transform your summer for the better.

“Allergies are a sign of inflammation and generalised immune dysregulation,explains Dr Macciochi in her book Blueprint for Strong Immunity.”

An apple a day

She says, “A typical Western diet provides up to 30mg of quercetin a day but we can boost it by consuming cherries, spring onions, tomatoes, broccoli, brussels sprouts, asparagus and black tea. It can also be taken as a supplement.” “Its anti-allergy effects are typically seen in doses of 1,000mg, twice a day,”

“Keep an eye on the pollen counts and when they begin to rise, take a once-a-day antihistamine,” he says. “The evidence suggests that if you take it daily through the season you fare much better and need less medication, so don’t wait until you’re symptomatic.”

”Pineapple has an enzyme has symptoms in studies.”

“If you miss that early window, you could end up chasing the symptoms.”

He recommends a raft of non-sedating antihistamines including levocetirizine, desloratadine and fexofenadine, which are available on prescription.

Buying the right equipment now will make the worst days of summer more bearable. First on your shopping list? A nasal filter. This sits over the openings of both nostrils providing a physical barrier between your body and pollen grains.

Nasal filters are available from online pharmacies and Amazon.

“Wraparound sunglasses will also reduce the amount of pollen getting that relieved into your eyes,” says Dr Morris. “When you get home, shower and wash your hair, otherwise you’ll go to bed with pollen grains on your skin and hair.”

If you live in an area where honey is produced, it’s time to stock up.

“Some people swear by a teaspoonful of local honey a day,” says Dr Morris. “There is pollen in the honey and you desensitise yourself by taking in small amounts.”

“Begin a couple of months before the season starts.” But Dr Morris adds: “There’s no scientific evidence that it works.”

Pineapple is more than a controversial pizza topping – it could be your secret weapon against pollen.

Dr Macciochi says: “Bromelain, an enzyme from pineapple, has been shown to relieve hay fever or sinusitis in several human clinical studies by working as a natural antihistamine, anti-inflammatory and also a decongestant.”

Bromelain is also thought to enhance the beneficial effects of quercetin by improving its absorption.

“There is some interesting research coming out on the preventative and therapeutic role that probiotics can play,” says Dr Macciochi.

“Supporting gut health is the top priority in managing histamine intolerance. Rebalancing the gut microflora and improving gut integrity is a key step to doing this.”

“Keep an eye out for particular strains when you buy a bottle of probiotic supplements, ” she says.

Quite the mouthful, but worth knowing in the battle against hay fever.

People with severe hay fever can find some relief with desensitisation therapy. Sufferers take Grazax, a pill containing a tiny amount of pollen, each day for three years to make the body less sensitive to it.

“It’s a long haul, but it does work,” says allergy consultant Dr Adrian Morris. “Over time it induces tolerance and the body stops reacting adversely to the pollen. “You’re training the immune system.”

Sufferers need to have at least two months of treatment before the allergy season gets underway.

“You’ll see the benefits after the first season, by the second even more improvement and after a third year that’s the end of your hay fever,” he says.

However, at around £3,600 for the whole treatment, it doesn’t come cheap – and the bad news is that the positive effects may only last for a few years.