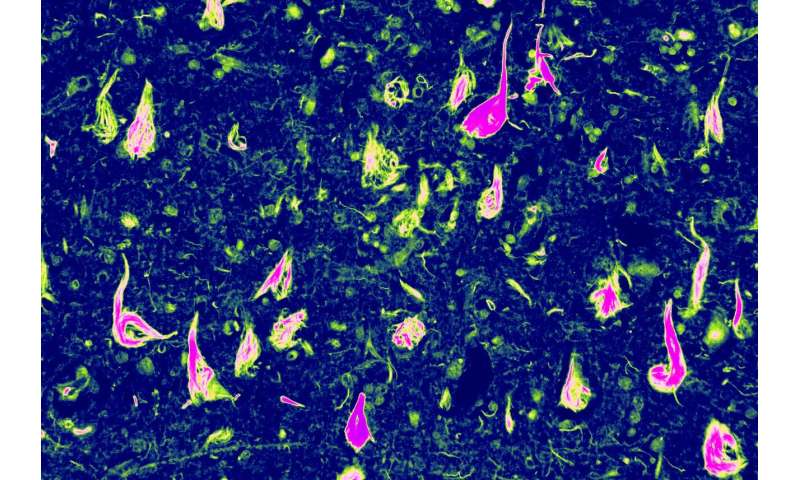 A new, rare genetic form of dementia has been discovered by a team of Penn Medicine researchers. This discovery also sheds light on a new pathway that leads to protein build up in the brain—which causes this newly discovered disease, as well as related neurodegenerative diseases like Alzheimer’s Disease—that could be targeted for new therapies. The study was published today in Science.

“Within a cell, you have proteins coming together, and you need a process to also be able to pull them apart, because otherwise everything kind of gets gummed up and doesn’t work. VCP is often involved in those cases where it finds proteins in an aggregate and pulls them apart,” Edward Lee, MD, Ph.D., an assistant professor of Pathology and Laboratory Medicine in the Perelman School of Medicine at the University of Pennsylvania. “We think that the mutation impairs the proteins’ normal ability to break aggregates apart.”

The researchers noted that the tau protein they observed building up looked very similar to the tau protein aggregates seen in Alzheimer’s disease. With these similarities, they aimed to uncover how this VCP mutation is causing this new disease—to aid in finding treatments for this disease and others. Rare genetic causes of diseases can very often offer insight into more prevalent ones.

The researchers first examined the proteins themselves, in addition to studying cells and an animal model, and found that the tau protein buildup is, in fact, due to the VCP mutation.

“What we found in this study is a pattern we’ve never seen before, together with a mutation that’s never been described before,” Lee said. “Given that this mutation inhibits VCP activity, that suggest the converse might be true—that if you’re able to boost VCP activity, that could help break up the protein aggregates. And if that’s true, we may be able to break up tau aggregates not only for this extremely rare disease, but for Alzheimer’s disease and other diseases associated with tau protein aggregation.”