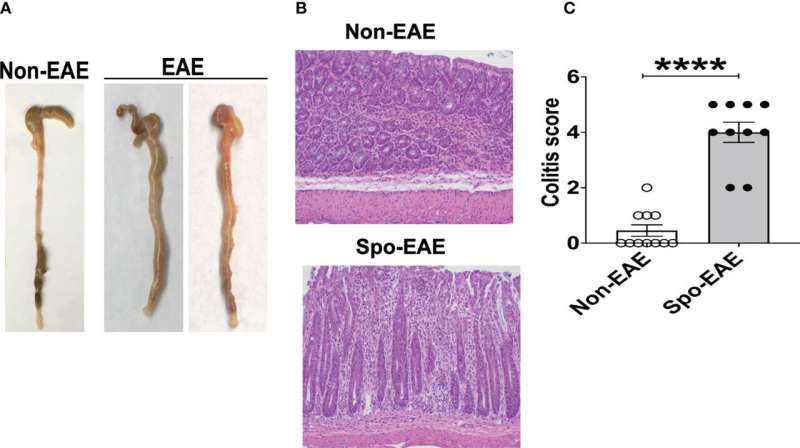 Their study in genetically altered mice and people supports the belief that dietary adjustments such as increased fiber may slow MS progression, and they are already working to test the effect of dietary interventions in MS patients.

“Unhealthy dietary habits such as low fiber and high fat consumption may have contributed to the steep rise of MS in the US,” said Kouichi Ito, an associate professor of neurology and senior author of the study published in Frontiers in Immunology. “In nations where people still eat more fiber, MS is far less common.”

MS is a degenerative condition in which the body’s immune system attacks the protective covering of nerves in the brain, spinal cord and eyes. According to the National Multiple Sclerosis Society, it affects nearly 1 million adults in the United States.

Several previous studies have differentiated the microbiomes of MS patients and healthy subjects, but, Ito said, they all noted different abnormalities, so it was impossible to tell what change, if any, was driving disease progression.

The Rutgers study, which was led by research associate Sudhir Kumar Yadav, used mice engineered with MS-associated genes to trace the link between alterations in the gut bacteria and an MS-like condition called experimental autoimmune encephalomyelitis (EAE).

The study team then looked for evidence that the same process occurred in people with MS and found significantly elevated Lcn-2 levels in patient stool. This marker correlated with reduced bacterial diversity and increased levels of other markers of intestinal inflammation. Additionally, bacteria that seem to ease inflammatory bowel disease were reduced in MS patients with higher levels of fecal Lcn-2.

The study suggests that fecal Lcn-2 levels may be a sensitive marker for detecting unhealthy changes in the gut microbiome of MS patients. It also provides further evidence that high-fiber diets, which reduce gut inflammation, may help fight MS.

Rutgers is looking to test that hypothesis soon. Suhayl Dhib-Jalbut, a co-senior author of the paper who heads the medical school’s neurology department, is recruiting patients with MS for a trial that will determine how their microbiomes and immune systems are affected by a high-fiber supplement developed by Rutgers Microbiologist Liping Zhao.