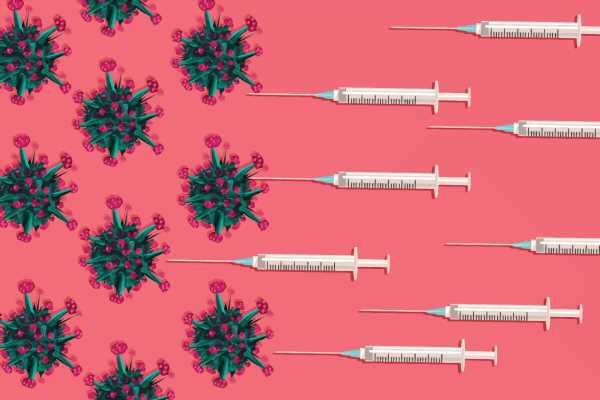 A new episode of our podcast, “Show Me the Science,” has been posted. In addition to reporting on the state of the COVID-19 pandemic, these episodes feature stories about other groundbreaking research, as well as lifesaving and just plain cool work involving faculty, staff and students at the School of Medicine.

Infections and hospitalizations are rising again. During this latest wave of COVID-19 infections, many fully vaccinated people are getting sick, as are people who previously were sick with the virus, even those infected in the very recent past. The new strains of omicron — BA.4 and BA.5 — have stricken some well-known, fully vaccinated people, including President Joe Biden and Dr. Anthony Fauci.

In this episode, we speak with William G. Powderly, MD, the J. William Campbell Professor and co-director of the Infectious Diseases Division at Washington University. Powderly says the recent increases in cases and hospitalizations are a reminder that, even after two-plus years, the pandemic is not over.

Vaccines seem to protect many people from serious disease, but infections among those who are fully vaccinated have become more common as BA.4 and BA.5 have become the virus’s dominant strains. Rachel M. Presti, MD, PhD, an infectious diseases specialist and an associate professor of medicine at Washington University, is among those testing new vaccine boosters engineered specifically to target those new strains. Presti, medical director of the university’s Infectious Diseases Clinical Research Unit, says it’s still too early to be certain but that the updated boosters seem to provide better protection than the currently FDA-approved vaccine. Of course, how long protection provided by the updated booster might last may depend on how quickly the virus continues to evolve.

The podcast, “Show Me the Science,” is produced by the Office of Medical Public Affairs at Washington University School of Medicine in St. Louis.