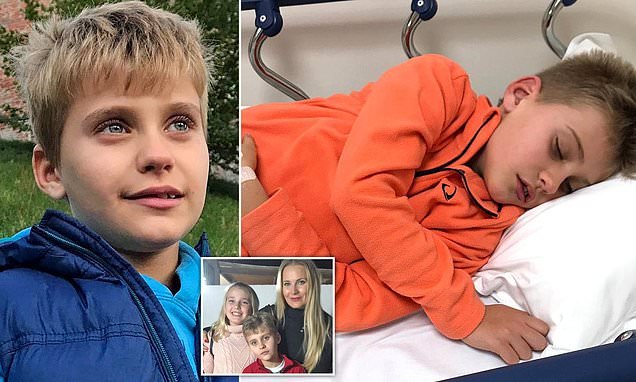 Parents of severely autistic schoolboy, 11, who could not talk claim he has said his first full sentence after ‘very encouraging’ stem-cell treatment in Miami

The parents of an autistic schoolboy claim he spoke his first full sentence just hours after undergoing stem-cell therapy in the US.

Danny Bullen, who lives in Tenerife with his parents and is non-verbal, traveled to Miami last month for the experimental treatment.

Danny has allegedly not spoken another full sentence since but his parents claim they have been told it may take several months before they notice big changes. 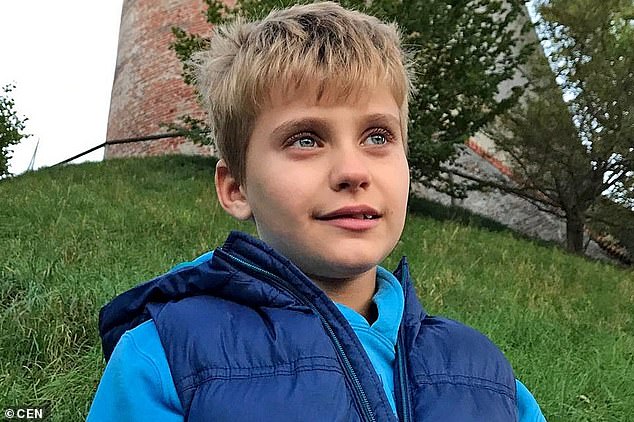 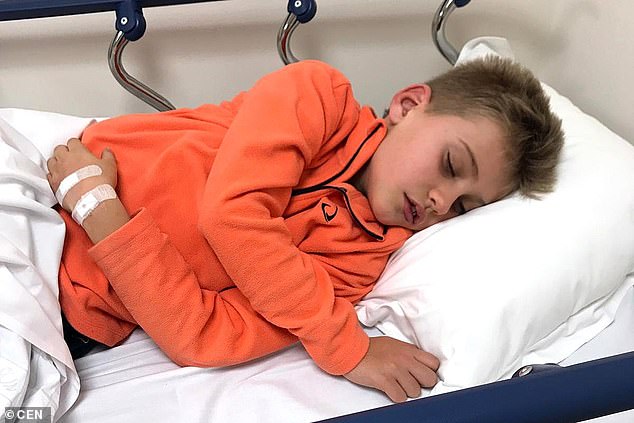 Danny’s parents claim he said the sentence the day after treatment but has not progressed much since. He is pictured in a private hospital last December. He was undergoing a CT scan to find out why he kept hitting his head and was anaesthetised to stop him moving in the machine

The parents were able to pay for their son’s treatment after a fundraising page raised £8,600 in two months.

And they are appealing again to cover Danny’s second bout of therapy later this year.

The parents came across the treatment online via parent support groups and forums.

Advocates claim it causes ‘all autism symptoms to completely disappear’.

Early studies have shown promise for stem-cell therapy as a potential treatment for autism.

However, scientists stress it is still in its infancy and more research is needed.

Danny’s father Lee Bullen – who is a writer and penned a book about his son’s condition called Beset – said: ‘Doctors introduced umbilical cord blood stem cells with cells from my son’s bone marrow and adipose tissue. 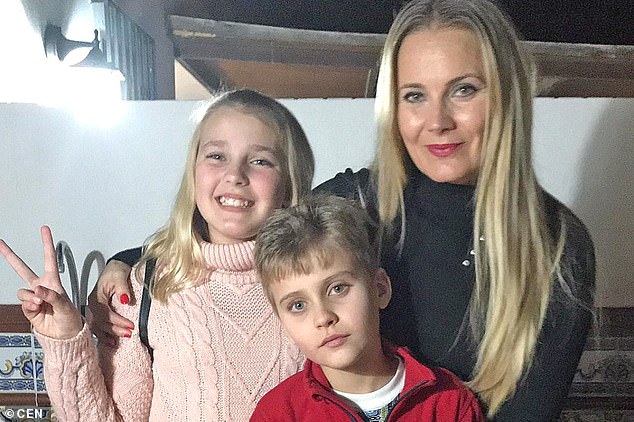 Danny’s mother Irma Guanche (pictured with him and his sister Nadia) claims he asked her ‘dame mas papas, por favor’, which translates as ‘give me more potatoes [crisps], please’ 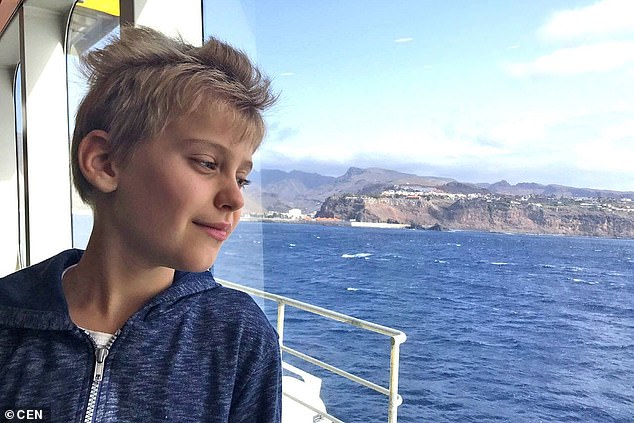 ‘He had his first treatment in March and the early signs are very encouraging.

‘He is more alert and has already started to use a few new basic words and greetings.

‘Undergoing stem cell therapy over two or three visits usually brings better results, which is why we hope to take Danny to the US at least twice.

‘All symptoms related to ASD (autism spectrum disorder) have completely disappeared in many young patients.’

One parent of an autistic child, who preferred to remain nameless, claimed her daughter only experienced ‘modest results’ after undergoing stem-cell therapy two years ago.

Danny was diagnosed with autism in 2010 at just two years old after his development and communication stopped almost overnight.

As well as being unable to speak, Danny cannot use the toilet without help and is forced to attend a specialist school in his hometown of Candelaria.

The Ave Fenix Masonic Lodge in Los Cristianos gave the parents a cheque for £860 and the Blevins Franks Charitable Foundation donated £560 ($732).

All this enabled Danny to travel to the Art and Science Surgicenter clinic in Miami for treatment costing £11,425 ($14,935).

To help with the costs, they have a crowdfunding campaign on GoFundMe where they hope to raise around £26,500 ($34,646) for two sessions, as well as to cover some of the travel and accommodation costs. 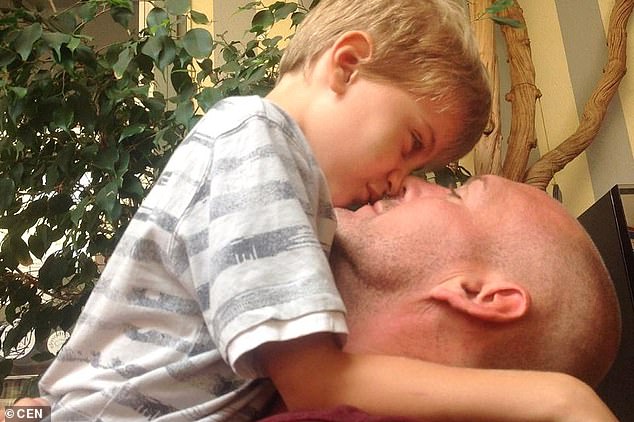 Danny’s father (pictured) is a writer and even penned a book about his struggles to accept his son’s condition called Beset. He described the treatment’s results as ‘very encouraging’

The first is decreased blood flow to the brain, which results in less oxygen to the vital organ and therefore inflammation.

This damages the ‘energy powerhouses’ of brain cells, causing the cells to die.

The second issue is the immune system of autistic patients does not respond like a healthy person’s.

To combat these problems, research is increasingly pointing to stem cell treatment as a way to ‘reset’ an autistic person’s metabolism and immune system, while restoring damaged cells or tissues.

An April 2017 study by Duke University showed promise for stem cell therapy as an autism treatment.

However, the scientists behind the research stress it is early days.

The study was made up of 25 autistic children – aged two-to-five – who had an IV infusion of their own umbilical cord blood, which their parents banked at birth.

The results – published in the journal Stem Cells Translational Medicine – revealed more than two-thirds saw improvements in their speech, ability to socialise and eye contact.

But the study was only intended to prove safety and was not designed to show efficacy. It also had no placebo group.

And in the US, around one in 59 children are diagnosed with an autism spectrum disorder, according to the charity Autism Speaks.

The condition affects how people experience the world, as well as their abilities to communicate and build relationships.