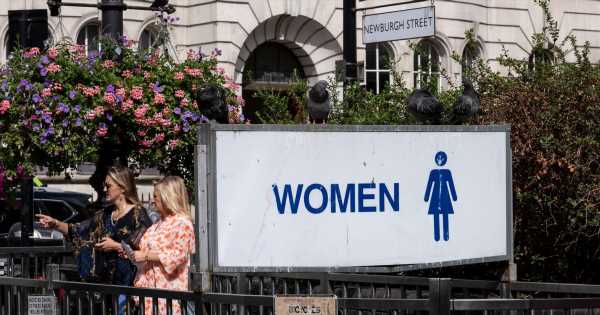 Four in ten women admit to suffering with bladder leaks – and have to plan their day around toilet stops and wardrobe changes.

A poll of 2,000 women, who experience such troubles, revealed 83% had endured menopausal changes, with 43% of those admitting their incontinence has got worse since they began.

It emerged more than a third (38%) wish bladder leaks were a more talked-about symptom of the menopause.

Currently, over half (56%) feel embarrassed to discuss their personal issues, and two-thirds (65%) would opt to suffer in silence.

The research was commissioned by Always Discreet, in response to the little-known fact that half of women may experience bladder leaks during the menopause.

The sensitive bladder product brand has partnered with Ulrika Jonsson to lift the lid on bladder leaks during menopause, and let women know they are not alone – as learning about it is the first step to managing it.

TV personality Ulrika said: “I was stunned to realise that bladder leaks are so common for women during menopause. I didn’t realise the link between the two, since no-one is talking about it.

“Having experienced them after childbirth, I understand the impact they can take on your confidence.

“World Menopause Day is a perfect opportunity to really open up the conversation and raise awareness.

“I’m proud to help educate us all so women can manage little leaks more openly and feel prepared.”

The study also found 52% had no idea bladder leaks can be a sign of the menopause.

Due to the lack of education on how to prevent or manage bladder leaks, 71% of sufferers said they are affected every day – leading them to stop doing normal things, including laughing too hard, having sex, and going to the gym.

Nearly half even admitted they’re afraid to drink fluids through fear of leaking during the day, according to the OnePoll data.

However, 65% believe it is important to talk more openly about bladder leaks in order to break the taboo.

As a result, Always Discreet has created a Menopause Education Hub, to help women learn about bladder leak management and other menopause signs.

Emma Gerrard, spokeswoman for the brand, said: “It’s great that menopause is becoming a growing topic of discussion, yet half of women going through the menopause may experience bladder leaks – and no-one is talking about that.

“They end up feeling surprised, alienated, embarrassed. We believe the first step to managing it, is learning about it.

“Which is why we’re continuing to raise awareness with hundreds of thousands of women about how common it is, and what you can do to prevent or manage it.”